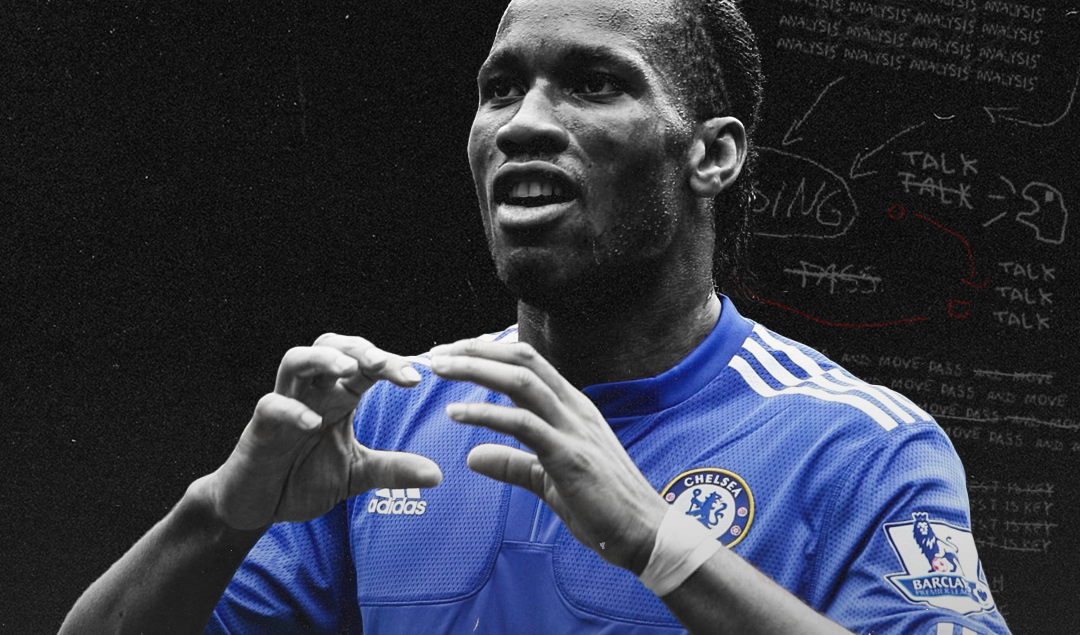 Ivorian and Chelsea legend Didier Drogba is widely regarded as one of the greatest African strikers of all time and is up there with the best in Premier League history. And while he did enough in his fantastic career to earn that reputation, some might argue he could have done more considering the immense talent he possessed.

Drogba was a man for the big moments, perhaps the most clutch player in recent memory (other than Lionel Messi and Cristiano Ronaldo of course), he had a knack for scoring important goals. He scored nine goals in nine cup finals for Chelsea, his 36 Champions League goals are the most any player has scored for the club in the competition’s history.

The problem with that is, the “big occasions” in a football season don’t come as often as the small games, the opportunity to stat-pad. The term ‘stat pad’ has been abused by Twitter trolls but it is absolutely necessary for a striker to have good stats, a feature of consistent goalscoring mostly accomplished by scoring consistently in smaller games.

For instance, the late title winner against QPR is the first thing that pops to mind when thinking of Sergio Aguero but his legacy as a Premier League great isn’t limited to that moment or any other similar one. Aguero is the fourth highest scorer in Premier League history because he scored a bunch of goals no one remembers, stats are important.

Didier Drogba’s eight years at Chelsea (his first spell) were the most successful periods of his career. He led the line for Chelsea in their period of dominance which was largely down to his performances along with Petr Cech, John Terry and Frank Lampard as the constant figures of that era.

However, Drogba only scored 104 Premier League goals in 254 appearances for Chelsea across two stints In nine total seasons. For context, Jamie Vardy has scored 120 in 249 appearances, that’s 16 more goals in five fewer games while playing for a significantly less dominant team than Drogba did.

Don’t get me wrong, that doesn’t mean Vardy is better than Drogba or that the Ivorian’s legacy is in any way tainted because it’s not, it’s just worth asking why wasn’t Didier Drogba more prolific? It may have been down to his style of play, he wasn’t a fox in the box or constantly loitering on the shoulder of the last defender like Samuel Eto’o.

Drogba at his best was a target man, constantly looking to make life difficult for opposing centre backs, perhaps he was more interested in that than scoring. He also wasn’t selfish and would often link up nicely with his teammates thanks to the space he had created by drawing the attention of the opposition defenders. Little wonder his 54 assists are the most recorded by any African player in the Premier League.

Another possible reason Drogba wasn’t as prolific for Chelsea as he should have been is the presence of Frank Lampard who also carried a lot of the goalscoring responsibility for the Blues and was the penalty taker. There might be some truth to that theory because Drogba scored 65 goals in 105 appearances for Ivory Coast where he was the major consistent source of goals.

It could also have been because of the team’s style of play, it’s no coincidence that Drogba’s best Premier League season was in 2009/10 under Carlo Ancelotti who had the team playing nonstop attacking football. Chelsea scored 103 goals in 38 Premier League games and were crowned champions, Drogba scored 29 of those goals to claim his second golden boot award.

Perhaps playing under pragmatic managers like Jose Mourinho, Luiz Felipe Scolari and Avram Grant impacted his ability to score with increased frequency.  With all that said, it is important to note that while the above-listed factors do not serve as excuses for Drogba, someone of his calibre and quality should at least have more Premier League goals than Peter Crouch and Darren Bent, no disrespect to those guys.

Drogba’s legacy as the highest-scoring African in the Premier League also looks set to be eclipsed by Mohamed Salah, a winger who’s only been in England for half of the years Drogba spent at Chelsea is somehow only four goals behind him.

However you try to spin it and whatever reasons he had for not being prolific, we can all agree that it doesn’t look good and will severely downplay his legendary status as time goes on.