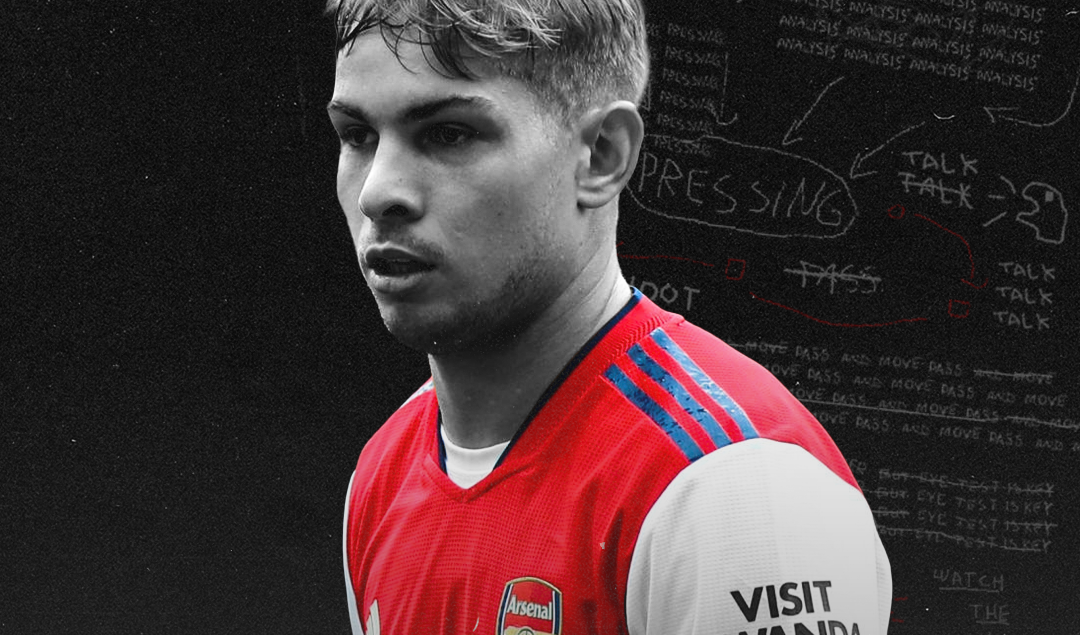 Last weekend, in the Premier League’s curtain-raiser, Arsenal lost to newly-promoted Brentford in what was an extremely disappointing performance from the Gunners.  Ignoring Arsenal’s defensive frailties, in attack, they look stumped. Kieran Tierney is relied upon far too heavily to be the side’s chief creator, with almost no threat elsewhere. Although an inability to create chances wasn’t necessarily their key issue in yesterday’s 0-2 loss to Chelsea, an xG total of 0.34 (compared to Chelsea’s 2.91) tells you all you need to know about their attacking incompetence.

Bukayo Saka will of course help as he regains full match fitness (he only appeared from the bench against Brentford), and the acquisition of Martin Ødegaard from Real Madrid will certainly be a  boost, but they’ll need much more to maintain a top-four challenge this season, as Manchester City, Manchester United, Chelsea, and Liverpool seem to be pulling further and further ahead.

Someone that Mikel Arteta has looked to for support is 21-year-old Emile Smith Rowe. 2020/21 was Smith Rowe’s breakout season, making 33 appearances and cementing himself as one of Arsenal’s first-team regulars. More often than not, ‘the Croydon De Bruyne’, as Martin Tyler likes to call him, has featured in what is often referred to as the ‘number 10’ position, and has since been rewarded with the shirt number to match.

Arteta seems to be quite settled now on fielding a 4-2-3-1 formation, with Smith Rowe at the heart of the attacking quartet. However, I’m not entirely sure that’s where he’s best suited. In any successful 4-2-3-1, the ‘number 10’ is often the most important player, ensuring that the system actually functions properly.

In transition, the ’10’ has to ensure that the back six and front four don’t become disconnected. In attack, they play a crucial role in keeping the striker from becoming isolated. They have to be a  potent goal-scoring option as well as shouldering the majority of the creative responsibilities. I’m not sure that’s Smith Rowe.

Look at any team in recent years that has successfully used a 4-2-3-1 and you can see the importance of their ’10’. Bruno Fernandes for the current Manchester United team. Wesley Sneijder for Inter Milan’s treble-winners. Thomas Müller for Bayern Munich. Even Dele Alli for Mauricio Pochettino’s Tottenham. Does Smith Rowe really influence Arsenal in the same way that these players influence/influenced their sides?

Let’s look at stats and percentiles quickly. When comparing Smith-Rowe’s per-90 stats over the  last 365 days with other attacking midfielders/wingers from Europe’s top five leagues, he records:

However, this isn’t me saying that I think Emile Smith Rowe is a bad player. I actually think he’s a  very good player being used in the wrong position. Something that I noticed in the Brentford game was that he started to affect the game much more when he began dropping deeper to get on the ball and driving forward, rather than waiting to receive a pass in a tight attacking space.

Having a player with the ability to carry the ball can be a really valuable tool in your arsenal when trying to break down a low block. Harry Maguire does this for Manchester United and England all the time. So often we will see a team sat with 11 men behind the ball and all of a sudden Maguire comes storming through midfield. He does this because at a certain point a defender is going to have to pressure him, and when that happens it’ll create space for a Fernandes, or a Marcus Rashford or a Luke Shaw to exploit.

It’s not a coincidence that in anticipation of the Grealish sale, Aston Villa tried to sign Smith Rowe from Arsenal on three separate occasions. It wouldn’t have been a like-for-like replacement, but had they brought him in alongside Emiliano Buendía from Norwich, between them they have strengths to match their former Villa captain’s. Buendía brings the creative output, Smith Rowe brings the energy and drive from deep.

In my opinion, the qualities which Smith Rowe has displayed would serve him much better if he was given a deeper starting position, potentially as part of a midfield three. An ‘8’ rather than a  ’10’. Of course, Grealish spent a lot of his time at Aston Villa on the left wing, but it’s been reported that  Pep Guardiola plans on using him as an ‘8’. More and more often teams in the Premier League are setting up differently when facing one of the ‘big six’ (magnificent seven if you include Leicester City).

Against teams likes Aston Villa, the opposition will defend higher up the pitch and with more aggression, meaning that when Grealish would pick up the ball it would regularly be about halfway up the pitch, despite him playing as a left-winger. From there he would have plenty of space to drive into and allowing him to commit defenders, who he could easily beat 1v1 or draw them out of position in order to create space for one of his teammates.

Now he’s at City his starting position from left-wing would regularly be really high up the pitch with two or three defenders on him at any given time. As an ‘8’, he can still receive from deep and use his qualities to best effect.

The same would be the case for Smith Rowe. Maybe against the bigger teams, he could be shifted out wide as they’ll come onto Arsenal a bit more, but in games like the Brentford one,  allowing him to pick the ball up in the midfield and surge forward would be a much more effective use of his talents, for both his own gain and his team’s.