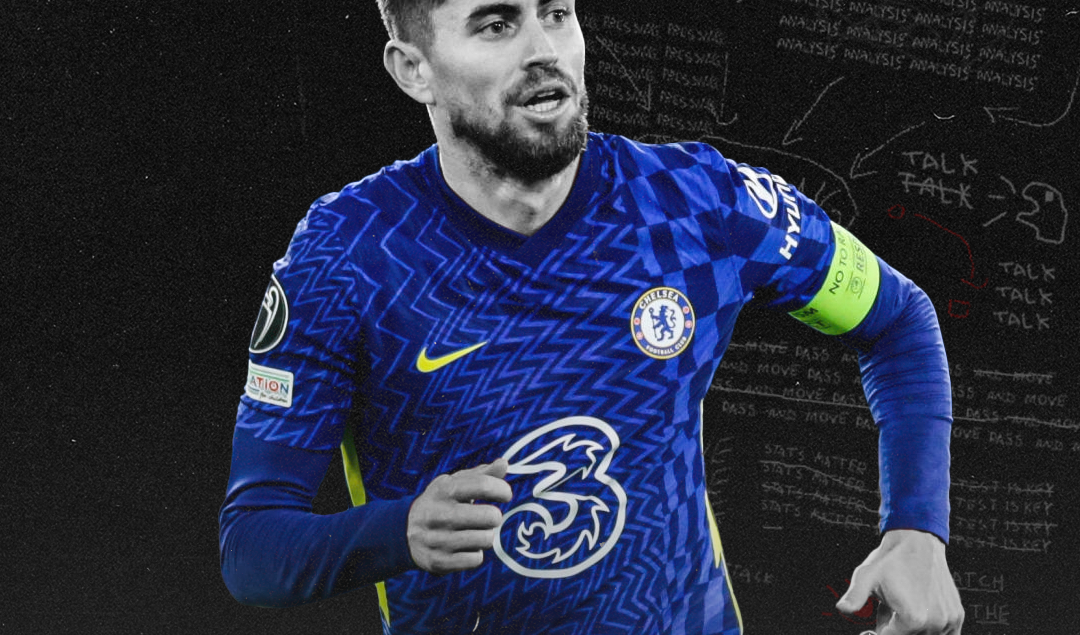 There’s always some controversy when the latest Ballon d’Or rankings come around, none more so this year when Robert Lewandowski was pipped to the prestigious award by now seven-time winner Lionel Messi.

Simon Kjaer’s ranking raised a few eyebrows too, making it into the top 20 in 18th. A formidable presence at the back for AC Milan, his heroics in saving Christian Eriksen’s life against Finland at the Euros isn’t the only factor for the Dane’s high placing.

The other controversial selection – a contentious topic whenever it pops up in social media debate – is Jorginho finishing directly below the aforementioned attackers in 3rd spot.

Is Chelsea’s main main in the middle worthy of such a high ranking, above the likes of Mohamed Salah? Or, has his successes with both Chelsea and Italy in recent memory made Jorginho overhyped?

Many pundits and fans alike have been left scratching their head at the potential of Jorginho winning the Ballon d’Or a few months ago, the Italian very much in the reckoning at that point. Compared to Lionel Messi and Robert Lewandowski, the Brazilian-born turned Italy international’s influence over his team is less obvious.

Understated in the centre of the park, Chelsea’s number 5 allows his side to remain ticking with the daring attackers more often than not stealing the headlines. Alongside N’Golo Kante, who marauds forward whilst providing stability alongside Jorginho, their midfield core does rival the very best.

A UEFA Men’s Player Of The Year would see 42-time Italy International getting his recognition, a key component to both Chelsea’s Champions League success and Italy lifting the Euro’s at Wembley against a wave of supporters backing England.

Regardless of talk undermining him, he is deserving due to the success he’s been involved in. Luka Modric’s unlikely Ballon d’Or in 2018 is of a similar ilk, the Croat creating 18 clear cut chances for Croatia on the way to a World Cup final.

Jorginho would go one better, winning the Euro’s after Italy had entered the doldrums on the International stage. Italy would go unbeaten for 37 matches, coinciding in progress to the Euro’s and continuing on to the Azzurri lifting the Euros trophy at Wembley.

After falling to 21st place in the FIFA World rankings, the nation known for its football prowess had returned. Stylish and skilful, the Italian national team wore suits pre-match and scored wonderful goals courtesy of breakthrough talent Federico Chiesa, the stability running throughout the Azzurri was also pivotal.

A deep-lying playmaker, alongside Nicolo Barella and Marco Verratti, Italy’s midfield trio ensured the defence was bolstered whilst also feeding Chiesa and the other two attackers in Ciro Immobile and Lorenzo Insigne with opportunities to score.

Keeping clean sheets in every group game at this year’s tournament, the skill was partnered with a necessity to defend. Both capable of playing others into the game, and adding defensive stability, Jorginho was a microcosm of why the Italians dazzled and won the Euros this summer.

Their first European Championship in 53 years, the ex Hellas Verona youth player proving crucial. Even with an uncharacteristic penalty miss in the final, Jorginho’s penalty technique a trademark of his confidence, the Azzurri still won.

The Chelsea midfielder isn’t without fault, a long ball was his undoing against Manchester United this past weekend. Unable to control the ball properly, Jadon Sancho pounced and raced through. Slotting past Edouard Mendy, Chelsea’s number 5 was at fault.

However, when Chelsea were awarded a penalty shortly after, Thomas Tuchel’s men knew they could rely on the former Verona man to level proceedings. With his standard hop before calmly slotting the spot-kick, The Blues were level.

Wearing the armband with pride at Stamford Bridge, he had answered his critics by responding immediately to his error. Murmurs of Jorginho as a penalty merchant aren’t helped by his expertise from the spot, 33 penalties dispatched in his entire career, but nuance is lost on the average fan watching on. Remove Chelsea’s number 5 from their side, and a sense of structure would be lost.

A whole host of consistent performers, alongside the managerial change from Frank Lampard to Thomas Tuchel, allowed Chelsea to reach a new level. Underperforming under their ex hero in the dugout, Tuchel’s appointment was inspired. Transitioning to a three at the back, Jorginho’s deep-lying role was made ever more paramount.

Protecting the likes of Antonio Rudiger and Cesar Azpilicueta, he became the spine of a successful team. Winning club of the year at the inaugural awards ceremony, the now Premier League leaders had four players present in the 30 person short-list – Romelu Lukaku, Mason Mount and Azpilicueta featuring below Jorginho in 3rd spot.

But, is the Ballon d’Or an award meant for successes as a unit rather than individual brilliance being recognised? The likes of Kylian Mbappe finished in 9th despite scoring 42 goals in all competitions, pushed down the rankings by PSG losing out to Lille for the title and his national side crashing out due to a missed spot-kick by the French golden boy himself against Switzerland.

Shouldn’t his individual brilliance be rewarded over collective failures? Pedri’s inclusion in 23rd shows individual excellence paying off, the youngster breaking onto the scene with Barcelona before starring with Spain in the Euro’s.

His performance against Jorginho’s Italy sticks out, Pedri testing himself against the experience of the deep-lying midfielder and showcasing his talent.

In the past, the Ballon d’Or ceremony has often favoured the feats of the unbelievable – Cristiano Ronaldo and Lionel Messi in a league of their own, the other candidates playing catch up.

Even with Messi winning, and the ridiculous goal-scoring capabilities in Robert Lewandowski in 2nd, the bronze medal position for Jorginho on the podium shows the unselfish and understated players gaining recognition.

Yes, his ability pales in comparison to that of Karim Benzema, but there are few better midfielders at allowing his side to tick than the former Napoli man. Controversial or not, he deserves his place among football’s finest even if he doesn’t grab the headlines.