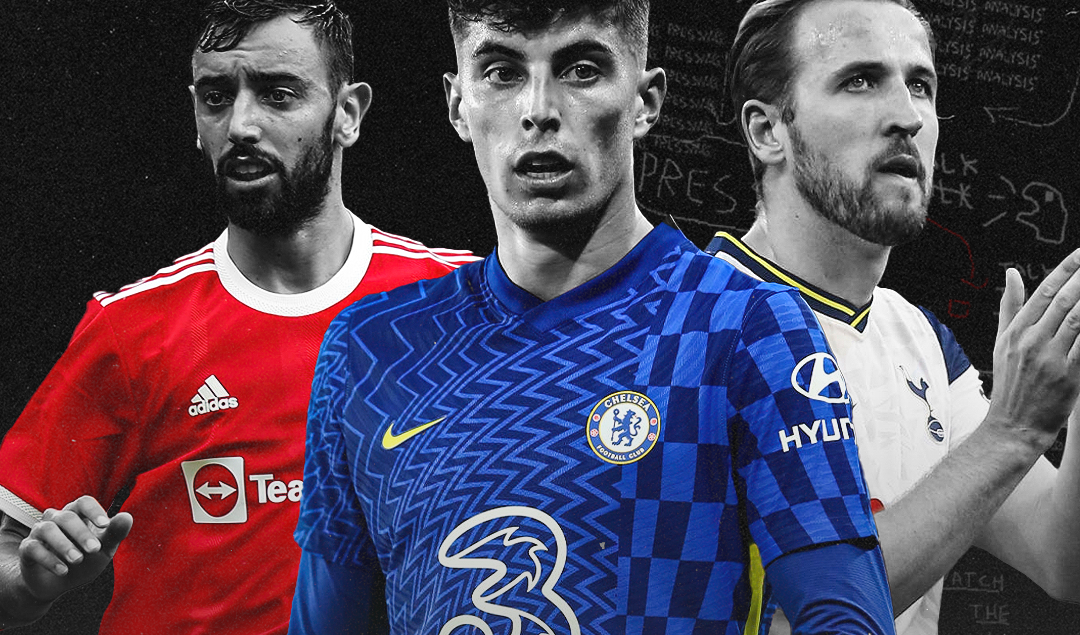 It seems like the previous season only finished yesterday, and yet, the 2021/22 Premier League campaign is just around the corner. The season kicks off today as Brentford brace for their first ever Premier League game in club history, and their first match in the English top-flight since 1947. They will be hosting Arsenal, who will be looking to scrape off the ignominy of last season’s 8th-place finish and reclaim their spot in the top six positions.

Just over two weeks remain in the summer transfer window, and it is fair to say that the spending has picked up pace as teams prepare for the new season. Chelsea have announced the signing of Romelu Lukaku for a club-record fee of €115 million, whilst Manchester City could be set to follow up the signing of Jack Grealish with a Premier League-record deal for Tottenham striker Harry Kane.

Manchester City enter the season on the back of a campaign that saw them reach the Champions League Final and win the EFL Cup Final, in addition to winning their third Premier League title in four years under Pep Guardiola — second-place Manchester United finished 12 points behind their crosstown rivals. It should come as no surprise, then, that Premier League odds have City as -150 (2-3) to win the Premier League. Should they manage to complete a deal for Kane, it’s likely that those odds would decrease even more.

Fabrizio Romano recently stated in The Guardian that “Manchester City are ready to pay €150m (£127m) for Harry Kane if they get an indication from Tottenham that a deal can be done.” Spurs have reportedly turned down an offer of £100m for Kane — the same fee that City paid to snatch Aston Villa’s captain away for a British transfer record fee — but Kane’s willingness to push a transfer could force Spurs to cash in on their talisman.

Despite sealing the return of Lukaku for a mouth-watering fee, Chelsea are level with Liverpool at +500 odds to win the Premier League title. Having edged Unai Emery’s Villarreal in the UEFA SuperCup on penalties in Belfast, Chelsea will be facing off against Crystal Palace on Saturday in their Premier League opener.

The departure of Roy Hodgson has left a void in South London, one that has been filled by Patrick Vieira. Viera was sacked by Ligue 1 side Nice midway through last season, but with the Eagles bringing in a star-studded cast featuring Joachim Andersen, Michael Olise and Marc Guehi, Palace will be fancying their chances to better last season’s 14th-place finish.

Manchester United have also had a star-studded transfer window, bringing in Raphaël Varane from Real Madrid to reinforce their defense for a fee of £34 million plus bonuses. After failing to complete a deal for Jadon Sancho last summer, United finally managed to pry Sancho away from Borussia Dortmund, splurging a fee of £73 million that will be paid in installments across the five years of his initial contract.

The Red Devils have added serious quality to a squad that finished second in the Premier League and narrowly lost to Villarreal in the Europa League Final, although questions remain over Ole Gunnar Solskjaer’s abilities as a manager as well as their lack of a defensive midfielder.

Following Arsenal and Brentford’s opener on Friday, Manchester United will kick off an action-packed Saturday with a fiery match-up against Leeds United at the Theatre of Dreams — Leeds will be looking to kick on from their impressive return to the Premier League last season and build on the momentum from Marcelo Bielsa’s recent contract renewal.

Premier League viewers will then feast on mouth-watering lunchtime action at 3 p.m. local time. Leicester City, level with Arsenal at +450 odds to finish in the top four, will host Wolves at the King Power Stadium, and they’ll be looking to continue their momentum from last weekend’s victory over Manchester City at the Community Shield and condemn Wolves to a losing start to the Bruno Lage era.

After immediately bouncing back to the top-flight, Watford will face off against Aston Villa, whilst Everton and Southampton will do battle at Goodison Park. The match is set to be a special occasion for Theo Walcott, who left the Toffees for Southampton on loan before joining Ralph Hasenhüttl’s side on a permanent deal this summer.

Apart from Chelsea and Crystal Palace’s clash at Stamford Bridge, the jam-packed lunchtime action will also see Brighton and Burnley duel at Turf Moor. To cap off Saturday’s matches, newly promoted Norwich City will host Liverpool in arguably the most lopsided match (on paper) of the opening matchday. Whilst Liverpool are level with Chelsea (+500) as the second-most likely team to win the Premier League, Norwich City are the overwhelming favorite to be relegated (-110) this season.

The Canaries are the quintessential definition of a yo-yo team, having suffered relegation an astonishing five times from the Premier League. After remaining in the Premier League for three straight seasons from 2011/12 to 2013/14, they have failed to stay up in the top-flight for more than one season after earning promotion.

Norwich City’s Relegation: Where It Went Wrong and Where They Go From Here

Sunday’s action will begin at 2 p.m. local time as Steve Bruce’s Newcastle United take on David Moyes’ West Ham at St. James’ Park. The two clubs have been remarkably quiet in the transfer window up until now — the Magpies have lost Christian Atsu, Andy Carroll, Florian Lejuene and Yoshinori Muto whilst failing to complete a single signing, whereas the Hammers have just managed to bring in Alphonse Areola on loan and complete a permanent transfer for Craig Dawson.

To conclude Matchday One, Tottenham will host Manchester City in a rematch of last year’s EFL Cup Final. Overall, it promises to be a fascinating Premier League campaign that will witness the return of fans to stadiums, and that will be sure to bring fans to the edges of their seats and sofas.