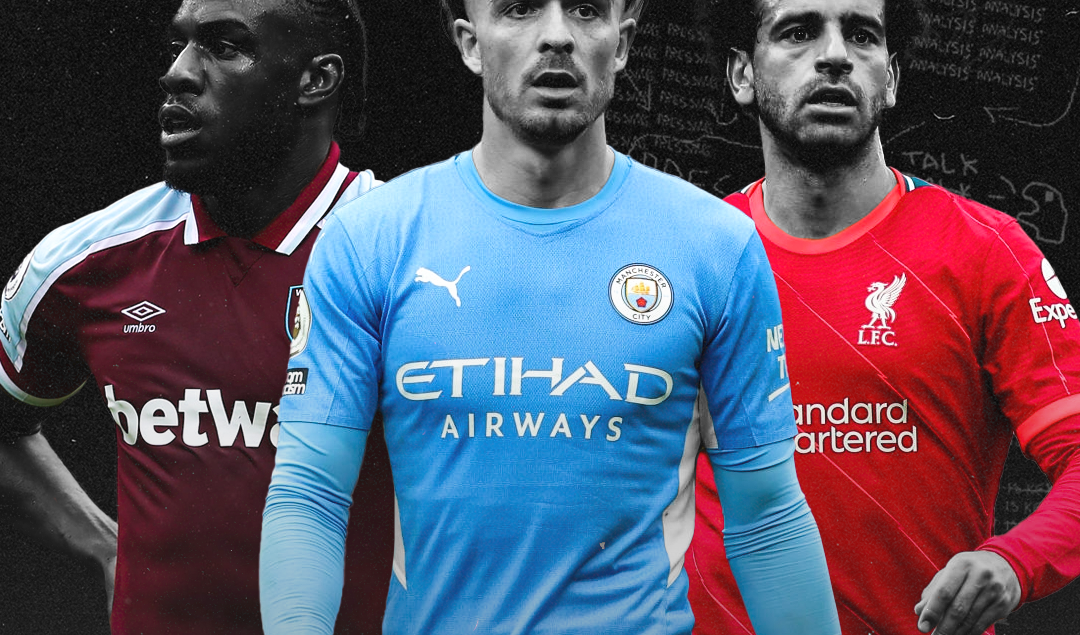 From Brentford’s 2-0 victory over Arsenal in their first Premier League match in club history, to Tottenham’s Harry Kane-less win over Premier League champions Manchester City, the opening matchday of the world’s most watched league had it all. After narrowly missing out on Champions League football last season, West Ham and Leicester City opened their campaigns with comfortable wins over Wolves and Newcastle.

The action returns at 12:30 p.m. GMT on Saturday as Liverpool host Burnley at Anfield. Sean Dyche’s side began their campaign with a 1-2 defeat to Graham Potter’s Brighton at Turf Moor, taking the lead within two minutes thanks to a goal from James Tarkowski, who snuck in behind at the far post to connect on Ashley Westwood’s inswinging corner kick and put the Clarets up a goal to the good.

Despite interest from Leicester City, Tarkowski has remained at Turf Moor for now and with the Foxes completing a deal for Danish defender Jannik Vestergaard from Southampton, it seems likely he will see out the final 12 months of his contract. The highly rated 28-year-old was caught napping at the back post as substitute Neal Maupay slammed home the equalizer in the 73rd minute, and he was outfoxed by fellow sub Alexis Mac Allister who put the Seagulls up just five minutes later to seal a 2-1 victory for Brighton.

Liverpool come into the match as overwhelming favorites — whereas the Reds are +400 on 888Sport’s Premier League odds to win the title, Burnley are joint bottom with Crystal Palace, Newcastle United and Norwich City at +100000. It was the latter who felt the brunt of Liverpool’s sword as the Carrow Road faithful witnessed a Jürgen Klopp masterclass in efficiency, organization, and ruthlessness.

Virgil Van Dijk, Joël Matip and Kostas Tsimikas were some of the newer faces who graced Klopp’s line-up, with the first two missing lengthy spells of the season due to injury and Tsimikas struggling for minutes behind Andrew Robertson. The Reds took the lead within 26 minutes as Trent Alexander-Arnold’s cross found Mohamed Salah who deftly glanced it into the path of Diogo Jota, leaving Grant Hanley and Ben Gibson stunned in their tracks and allowing the Portuguese to open his account.

They doubled their lead when Salah pounced on a loose ball and dished it towards Roberto Firmino who made no mistake from the penalty spot. The Canaries’ misery was complete when Salah collected a bouncing ball from a corner and deftly curling it past Tim Krul with his left foot. It was an individual showing that remained us of why Salah is one of the Premier League’s finest, and why negotiating a contract extension past 2023 has to be Liverpool’s number one priority.

Liverpool’s match-up with Burnley is followed by a mouth-watering lunchtime fixture at 3 p.m. GMT as eight teams prepare to do battle. Daniel Farke’s newly promoted side will have to recover from their drubbing and take a trip to the Etihad Stadium to face off against Pep Guardiola’s Manchester City.

Despite completing a £100 million deal for ex Aston Villa captain Jack Grealish and paying a record fee for an English player, City have failed to start the season well with a Community Shield defeat to Leicester City being followed up by a 0-1 defeat to Tottenham Hotspur in Nuno Espírito Santo’s first game in charge. Spurs were deprived of their main attacking star in Harry Kane, who has been actively campaigning for a move away to Manchester City, yet they achieved a win thanks to a sublime counter-attacking goal by Heung-min Son.

Norwich are overwhelming favorites to be relegated at -138 odds but they know a thing or two about shocking a Guardiola side. On September 14, 2019, they delivered a killer blow that the defending champions never quite managed to recover from, coming out on top 3-2 thanks to a seamless display of Farke’s possession-heavy, attacking style of play.

Leeds United will be looking to dust themselves off after suffering a humiliating 5-1 defeat to Manchester United and treat the Elland Road crowd to three points against Rafael Benítez’s Everton. The Toffees went down a goal early on as Che Adams forced a bone-headed mistake from Michael Keane and poked the ball into the path of new signing Adam Armstrong, who blasted home past Jordan Pickford.

Everton equalized immediately after the break as Andros Townsend headed the ball towards Richarlison who, fresh off a summer that saw him win the Olympics in Tokyo and finish runners-up in the Copa América, snuck in behind Mohammed Salisu and tapped home his first goal of the campaign. They took the lead within 15 minutes of extra time via Abdoulaye Doucouré, who collected a header from Alex Iwobi, swiveled past James Ward-Prowse and fired a rocket into the top corner.

Benítez’s side sealed an opening day victory as Dominic Calvert-Lewin connected on a cross from Richarlison and bested Alex McCarthy with a bullet header. One year after topping the table in the opening weeks of the season under Carlo Ancelotti, Everton will be looking to stay near the top of the pack and continue Leeds’ miserly form.

Newcastle United’s trip to Villa Park and Crystal Palace’s match against Brentford will complete the lunchtime action, followed by Watford’s trip to the Amex. Watford celebrated their return to the top-flight with a 3-2 victory over Aston Villa with Ismaïla Sarr and summer signing Emmanuel Bonaventure giving the Hornets an early 2-0 lead, whilst Cucho Hernández added to the misery with a third goal.

Despite joining in 2017, Cucho had failed to make an appearance for Watford with the Colombian striker being shipped out on loan to Huesca, Real Mallorca and Getafe, but he made an instant impact within a minute of coming off the bench, cutting inside from the left flank and firing a rocket of a shot past Emiliano Martínez to complete the Villans’ misery in their first game of the post-Grealish era.

Sunday’s action will commence at 2 p.m. GMT in a double-header that will witness two emotional homecomings: after ending a four-year spell with Wolves, Nuno Espírito Santo will return to Molineux as Tottenham manager, whilst Luke Shaw’s Manchester United head to St. Mary’s Stadium in a bid to continue their winning form.

Wolves were subdued by Leicester City in the first Premier League match of the Bruno Lage era, as Ricardo Pereira snuck past Fernando Marçal and João Moutinho and launched a cross towards Jamie Vardy, who snuck past Conor Coady and tapped home the sole goal of the match, proving why, even at 34, he is still one of the most reliable scorers in the Premier League.

The final match of the weekend pits Mikel Arteta’s Arsenal side against Thomas Tuchel’s Chelsea. The reigning European champions have opened their 2021/22 campaign in style, defeating Villarreal on penalties in the UEFA SuperCup and condemning Patrick Vieira to a 3-0 defeat in his first league match in charge of Crystal Palace. With Romelu Lukaku set to be included in the action after joining for a club-record fee of £97.5 million, the Blues will have an extra weapon in attack as they approach the North West London derby.

Although his current record is cause for concern amongst many Gunners, Arteta has maintained an impressive history against Chelsea with one loss, one draw and three wins — including a victory in the 2020 FA Cup Final — and he’ll be in need of a strong result at the Emirates in order to hush the critics and put them back on the right track after an embarrassing loss to Brentford.

Matchday 2 draws to a conclusion on Monday as West Ham host Leicester City, two teams that will be looking to maintain their perfect start to the season. The Hammers opened their campaign with an early goal from Callum Wilson, but they quickly equalized via Aaron Cresswell and managed to quickly erase the deficit again after Jacob Murphy’s goal, with Saïd Benrahma heading home a cross from Michail Antonio.

Antonio put West Ham a goal to the good from the spot after Murphy barged into Pablo Fornals inside the box, and he confirmed Newcastle’s defeat minutes later after collecting a through ball from Benrahma and slamming home his second goal past Freddie Woodman. With Wesley Fofana, Jonny Evans and Timothy Castagne yet to return from injury, Brendan Rodgers will be counting on new signing Jannik Vestergaard and Çağlar Söyüncü in order to keep Antonio quiet.