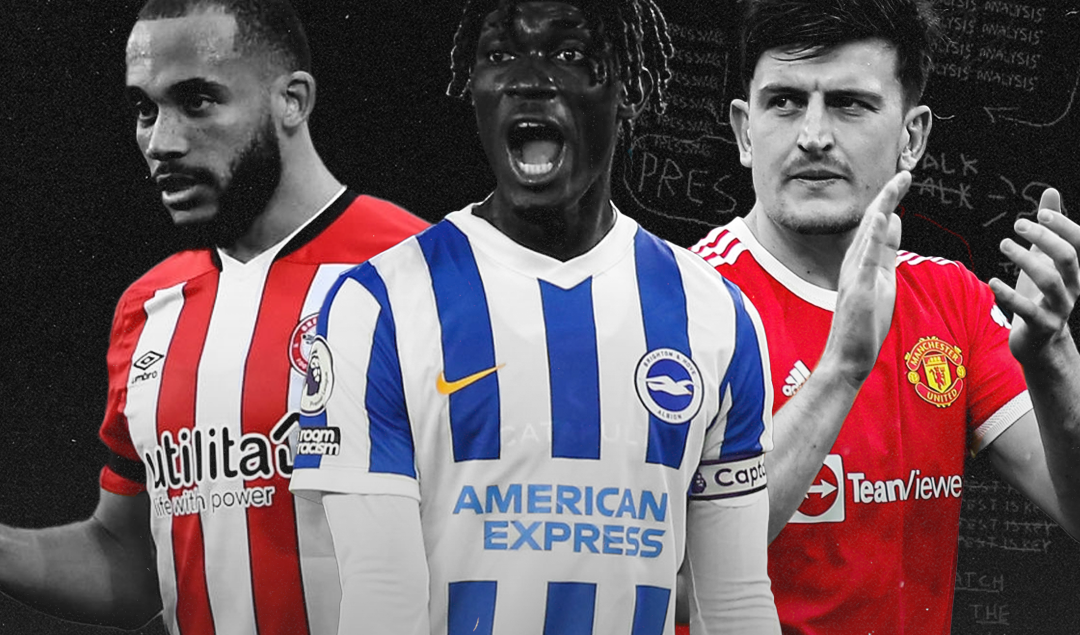 After a thrilling opening two matchdays to the 2021/22 Premier League season, the third matchday of the campaign — and the final before September’s international break — is right around the corner.

We kick off the action at 12:30 p.m. GMT on Saturday as Manchester City host Arsenal at the Etihad. Arsenal come into the game on the back of two consecutive 0-2 defeats to Brentford and Chelsea, although they did manage to return to winning ways on Wednesday with a 6-0 victory in the second round of the EFL Cup, destroying a heavily rotated West Brom side at The Hawthorns.

Whilst Nicolas Pépé, Alexandre Lacazette and Bukayo Saka all got onto the score sheet, the star of the show was Pierre-Emerick Aubameyang, who grabbed a hat-trick before coming off for Gabriel Martinelli in the 76th minute. Lacazette and Aubameyang have been absent from Arsenal’s two starting line-ups in the league — although Aubameyang came off the bench against Chelsea — but Mikel Arteta will be looking to count on both players as he looks to turn around his side’s woeful form.

Manchester City’s seemingly endless transfer saga with Harry Kane has reached its conclusion for this summer, with Kane stating that he will remain at Tottenham Hotspur after attempting to force a move to the Premier League champions. In turn, City’s attention has turned to Cristiano Ronaldo, who is also attempting to force a transfer out of Juventus with less than a year left on his contract.

What is certain, however, is that neither Kane nor Ronaldo will be available for the Citizens during this fixture. City continue to lead the race in Premier League odds at +120, and although they are not quite the runaway favorites they were at the start of the campaign, they will be heavily favored against the Gunners.

Since leaving his assistant role at City to take the head coaching role at Arsenal, Arteta has put together a questionable record against his former employers. Pep Guardiola has won four out of five against Arteta’s side, with the latest fixture seeing Raheem Sterling’s early goal lead City to a 1-0 victory, and he’ll be looking to continue his impressive record and end the month with a strong result.

Following City-Arsenal, we will feast on a jam-packed lunchtime package at 3 p.m. GMT. Newcastle, who are currently +150 to be relegated at the end of the season, will face off against Southampton at St. James’ Park, whilst Norwich City will be looking to pick up their first points at the Premier League level since February 28, 2020, when they face off against Leicester City at Carrow Road. Ironically, the last time they picked up points was against Leicester at Carrow Road, with a late goal from Jamal Lewis giving them a 1-0 victory.

Norwich have started off their return to the Premier League with back-to-back thrashings from Liverpool and Manchester City, whilst Leicester began their campaign with a 1-0 victory over Wolves followed by a 4-1 defeat to West Ham that saw Ayoze Pérez receive his marching orders right before halftime. With Pérez suspended and the likes of Jannik Vestergaard and James Justin missing due to injury, Brendan Rodgers could have a tough task on his hands.

West Ham have not had a blockbuster transfer window by any means with only Craig Dawson and Alphonse Areola joining on permanent deals — although Kurt Zouma is reportedly close to arriving from Chelsea — but they currently find themselves atop the Premier League table after taking back-to-back victories against Newcastle and Leicester City. Next up: a visit from Patrick Vieira’s Crystal Palace.

Crystal Palace kicked off the Vieira era with a 0-3 defeat to Chelsea, followed by a stalemate at home to Brentford. After taking four points from their first two Premier League matches in club history, the Bees will be traveling to Birmingham to take on Aston Villa, who followed up an opening day defeat to Watford with a comfortable 2-0 victory over Steve Bruce’s Newcastle.

This crowded lunchtime fixture will also see Everton travel to the south coast to face off against Brighton. Whereas the Toffees have begun the Rafa Benítez era with a win against Southampton and a 2-2 draw against Leeds United, Brighton are one of five Premier League sides who have enjoyed a perfect start, beating Burnley and Watford as well as Cardiff City in their midweek EFL Cup fixture.

Saturday’s action is concluded by the crown jewel of the entire weekend: Liverpool vs. Chelsea. The last four match-ups between the two have been an even split with two wins for each over the past year and a half, with Chelsea winning the most recent fixture via a goal from Mason Mount. Both teams could head into the top of the league with a victory — they have won both of their fixtures and are level with West Ham with a +5 goal differential.

Liverpool found themselves besieged with injuries last season — mainly in central defense — with Virgil van Dijk, Joël Matip and Joe Gomez missing lengthy spells. Although they have played a rotated midfield in their opening two matches against Burnley and Norwich, expect to see a strong team with Andrew Robertson returning from injury and displacing Kostas Tsimikas at left back, whilst Diogo Jota will likely start over Roberto Firmino in attack.

Fabinho, Jordan Henderson and Thiago Alcântara will likely start in midfield, whilst Chelsea will likely go for a similar team from last weekend’s win vs. Arsenal although N’Golo Kanté, Thiago Silva and Ben Chilwell could also make their way into the line-up. With Romelu Lukaku going up against Virgil van Dijk, and two visionary German managers in Thomas Tuchel and Jürgen Klopp facing off against each other, it promises to be a mouth-watering fixture.

Sunday kicks off with a double-header, as Burnley host Leeds United at Turf Moor. Burnley, who are reportedly on the verge of completing a club-record deal for Maxwel Cornet from Lyon for a fee of £15 million, have lost their opening two league matches but managed to edge Newcastle on penalties in a midweek EFL Cup fixture, and they’ll be looking to bounce back with a win against Leeds, who managed to claw their way to a 2-2 draw vs. Everton before beating Crewe Alexandra 3-0 in the EFL Cup.

The other side of the double-header will see Tottenham host newly promoted Watford. It has been a promising start to life under Nuno Espírito Santo, who have defeated Manchester City and Wolves in consecutive 1-0 victories, both with Harry Kane not in the starting line-up. Kane had attempted to force a move to Manchester City, but when that failed, Kane returned to the XI against Paços de Ferreira and helped turn around a 0-1 deficit from the first leg, bagging a brace and leading them to a 3-0 win over the Beavers.

The final match before international break will see Wolves host Manchester United at the Molineux Stadium. Bruno Lage’s side have lost their first two league matches against Tottenham and Leicester City, and while they managed to bounce back with a 4-0 win over Nottingham Forest on Tuesday, they will need a much stronger showing in order to pick up a win against Ole Gunnar Solskjaer’s side.

It has been a relatively even split between the two sides since Wolves’ return to the Premier League. After a 1-1 draw on September 22, 2018, Wolves picked up two consecutive wins followed by two straight draws, before losing 0-1 to United in the FA Cup, taking a stalemate at Old Trafford, and losing 0-1 in the league. The most recent fixture saw a heavily rotated United side win 2-1 at Molineux, with goals from Anthony Elanga and Juan Mata helping the Red Devils close out the 2020/21 Premier League season on a strong note.