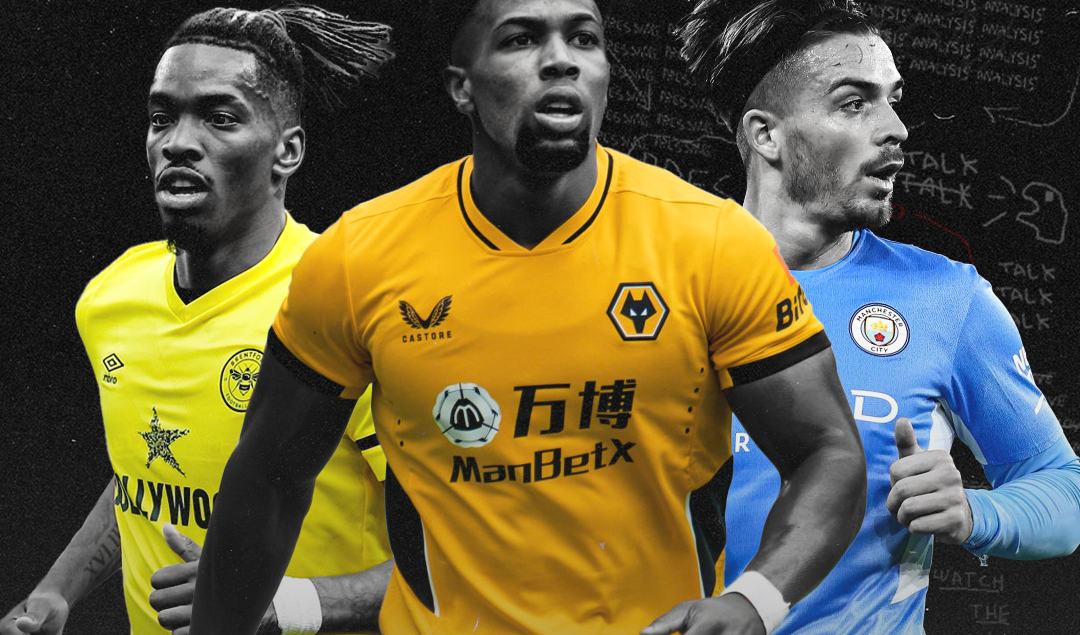 It has been a sensational week of football that has seen the return of European club competition, a jam-packed midweek fixture that resulted in a mixed bag of results for English clubs. The reigning Champions League winners narrowly defeated Zenit at home via a late goal from Romelu Lukaku, whilst last season’s finalists defeated RB Leipzig by a margin of 6-3, a scoreline perhaps better suited to last weekend’s US Open Final than a football match.

Manchester United relinquished an early lead and lost 2-1 to Young Boys, with David Wagner’s side capitalizing on a comedy of errors featuring Aaron Wan-Bissaka’s sending-off, Jesse Lingard’s last-minute back pass to Jordan Pefok, and Ole Gunnar Solskjaer’s mind-boggling in-game management. Meanwhile, in their first Champions League match in 2,745 days, AC Milan lost a roller-coaster of a match at Anfield to Liverpool thanks to Jordan Henderson’s late scorcher.

West Ham began their Europa League campaign on a fine note with a 2-0 win over Dinamo Zagreb, whilst Leicester City failed to hold onto their 2-0 lead and drew 2-2 at home to Napoli thanks to a brace from Nigerian striker Victor Osimhen. And in the first-ever round of Europa Conference League group stage matches, Tottenham drew 2-2 in Brittany against Rennes.

The Premier League returns today as Newcastle United host Leeds United in a contest that will put two historical giants of English football against each other. Newcastle are mooted in the relegation zone after losing 4-1 to Manchester United via a homecoming brace from Cristiano Ronaldo, whilst Leeds find themselves just one point above the drop after a 0-3 home loss to Liverpool that saw Pascal Struijk receive his marching orders for a tackle on Harvey Elliott.

Saturday’s action kicks off at 12:30 p.m. local time as Wolves host Brentford at Molineux Stadium. After an impressive start to their debut campaign in England’s top division, Premier League betting odds currently have Brentford as +275 to be relegated, whilst Wolves are +500. The Bees will be looking to bounce back after being sunk by a late goal from Leandro Trossard, whilst Bruno Lage’s side will be looking to take two wins from two after defeating Watford last weekend.

After celebrating their return to the Premier League with a 3-2 win over Aston Villa, Watford have lost three straight under Xisco Muñoz and scored zero goals in the process. They will be facing off against last season’s Championship winners in Norwich City, who have failed to pick up a single point thus far. Despite finishing six points ahead of them, the Canaries lost both of their league matches to Watford last season by a scoreline of 1-0.

The mouth-watering lunchtime fixtures continue as Arsenal travel to Turf Moor to play Burnley. The Clarets’ recent history against Mikel Arteta’s side has been impressive, beating them in the Premier League for the first time ever and drawing 1-1 last season. Arsenal, who picked up their first points of the season as a late Pierre-Emerick Aubameyang winner sunk Norwich deeper into the relegation zone, have not lost at Turf Moor since December 1973, whilst Burnley are winless in their last 12 home league games.

Manchester City have won four straight in all competitions — keeping three consecutive clean sheets in the league — and they’ll be looking to stretch their form against Southampton. The last match between the two sides saw City come out victorious 5-2, but Saints, who have taken three straight draws in the league, could pose some issues for City after their midweek drubbing against Leipzig.

Arguably the most attractive pick of the midweek fixtures will see Liverpool host Crystal Palace at Anfield. It has been a superb start for Jürgen Klopp’s side who have won four of five and only drawn to 10-man Chelsea, and while Harvey Elliott’s absence is a big miss for them, they will be counting on their individual quality and fresh legs from Sadio Mané, Virgil van Dijk and Thiago Alcântara — all of whom were benched against Milan — to carry them through.

Palace currently sit 11th in the league after ending Tottenham’s perfect league record and taking a 3-0 win at Selhurst Park. Japhet Tanganga received his marching orders after two fouls on Wilfried Zaha and Jordan Ayew in quick succession, which opened the floodgates for an inaugural victory for Patrick Vieira’s side via a penalty from Zaha and a brace from debutante Odsonne Édouard, who arrived on deadline day from Celtic.

Saturday’s action draws to a conclusion as Aston Villa host Everton at Villa Park. The Villans put Chelsea under serious pressure last weekend but found themselves nullified by a superb display in goal from Édouard Mendy, as Chelsea ran out winners 3-0 via a brace from Romelu Lukaku. Emiliano Martínez is expected to be back in goal and will provide far more guarantees between the sticks than Jed Steer, whilst Everton will be without Dominic Calvert-Lewin again.

Despite missing their attacking talisman, Everton took a comeback victory at home against Burnley as a quick flurry of goals from Michael Keane, Andros Towsend and Demarai Gray gave the Toffees three points over Sean Dyche’s side. It means that, after spending just £1.8 million on transfer fees, Rafa Benítez’s side currently sit level on points with Manchester United, Chelsea and Liverpool atop the Premier League table.

Sunday’s action kicks off with a double-header as Leicester City and Brighton do battle at the Falmer Stadium, whilst Manchester United face off against West Ham in East London. Apart from a 0-2 defeat to Everton, Brighton have won four of four in all competitions and are currently making a mockery of those who claimed they needed to sign a striker to improve their efficiency in front of goal.

Both teams will be without a fair share of key players, as Tariq Lamptey, Pascal Gross, Adam Webster and possibly Aaron Connolly and Jurgen Locadia could miss out for Brighton, whilst Wesley Fofana, Ayoze Perez and James Justin, and potentially Jonny Evans could miss the trip to the Amex. After bagging a goal and assist against Napoli, Harvey Barnes will be looking to terrorize Joel Veltman and lead the Foxes to their third win of the season.

David Moyes has not yet been able to defeat his former club in his second stint at West Ham, with United taking three consecutive victories against the Hammers, who are unbeaten in their past seven Premier League games. The Red Devils, on the other hand, are unbeaten on the road in their last 28 Premier League matches, and even without Scott McTominay, Edinson Cavani and Marcus Rashford, they’ll be backing themselves to beat West Ham.

West Ham have enjoyed a promising start under Moyes and currently sit 8th, but they will be without Michail Antonio after the reigning Premier League Player of the Month was sent off in the final minute of their stalemate against Southampton. Their failure to replace Sébastien Haller could come back to bite the Hammers, as Jarrod Bowen and Andriy Yarmolenko, neither of whom are natural central forwards, will attempt to fill Antonio’s void and hold their own against Harry Maguire and Raphael Varane.

The weekend’s action draws to a conclusion as Tottenham host Chelsea. Whilst Japhet Tanganga will miss out due to suspension, Nuno Espírito Santo will be counting on the returns of Cristian Romero and Davinson Sanchez as well as Joe Rodon or Eric Dier, who limped off early on against Palace with a dead leg injury, to hold down the fort in defense. Son Heung-min, who sustained a calf injury during the international break with South Korea, could be set to return to action against the Blues.

It remains to be seen whether Son or Dier will be fit for the match, as well as Lucas Moura, Steven Bergwijn, and Giovani Lo Celso, who are questionable. Chelsea are not suffering any major injuries apart from the absence of Christian Pulisic, and after winning each of their past five away league London derbies, they’ll be backing themselves to continue their unbeaten record and give Spurs their second straight loss in the Premier League.