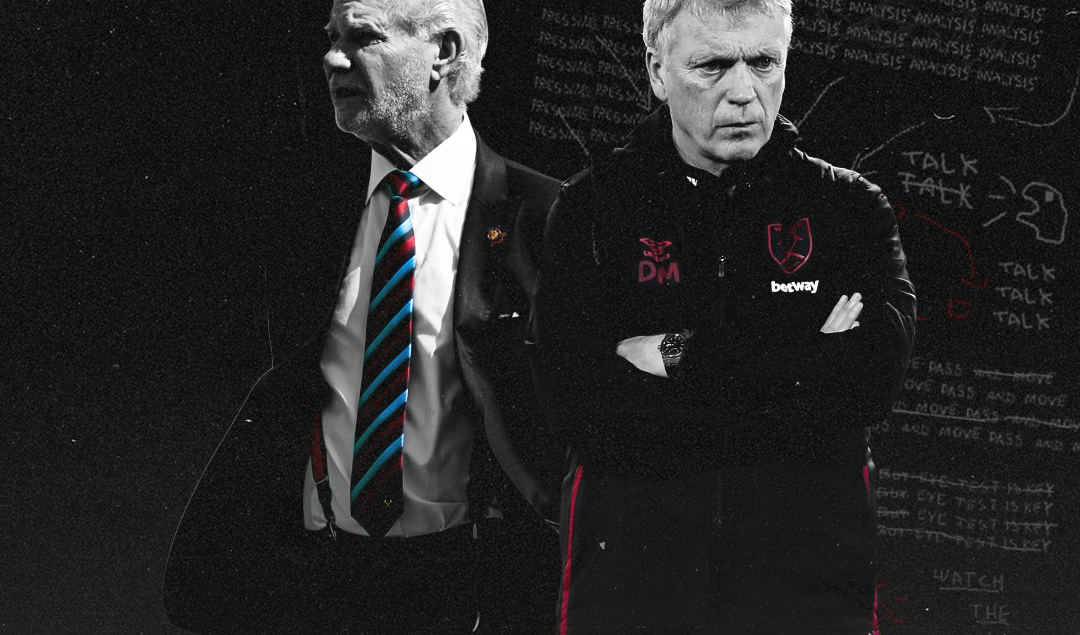 West Ham United, flying high in the Premier League, are heading towards a squad management crisis. There is every chance that they can pivot away from the issues that are set to plague them. But significant changes are required in order to do so.

The Hammers returned to the Premier League nine seasons ago, securing promotion back to the top flight under Sam Allardyce at the first time of asking. Of the players involved in the Hammers’ 2-1 Play-Off Final victory over Blackpool, only captain Mark Noble, injury-prone Kiwi Winston Reid, and first-team coach Kevin Nolan remain in the East End.

Moving to the London Stadium has been a well-documented mess. Since relocating to the former Olympic Stadium, David Gold and David Sullivan have faced popular revolt, insurrection, and the repeated loss of their best players. Since 2017, three managers have occupied the hot seat in East London: cult-icon Slaven Biliç, Premier League-winner Manuel Pellegrini, and Scotsman David Moyes. Of course, Moyes was appointed to replace both.

Upheaval off the pitch has left West Ham’s squad resembling a patchwork of different ideas and coaching philosophies. Beyond vague notions of the ‘West Ham Way’, the Hammers have lacked a clear approach since the turn of the millennium and it shows in the club’s squad composition. To illustrate the point, the chart below highlights the nature of West Ham’s current senior squad.

Players are grouped by their current position, illustrating depth (or lack thereof) across the pitch. Each player’s tenure is represented by a vertical line, the top point shows their current age. The prime age range for a Premier League player, 25- to 29-years-old, is highlighted in red. Finally, player ages have been rounded down to avoid any “he’s 28 until he’s 29”-type debates.

There are three reasons to worry about the East Londoners. West Ham have the third oldest squad in the Premier League, which also happens to be among the thinnest. The player pool at Moyes’ disposal is also unbalanced, an issue exacerbated by West Ham’s preference to line-up in a 5-4-1 or 4-2-3-1 this season.

West Ham’s age problem is most apparent between the sticks: the combined age of the club’s goalkeepers is 103. First-choice shot-stopper Łukasz Fabiański turns 36 in April and has entered the final six months of his contract. Darren Randolph, 33, and David Martin, 34, are not considered candidates to succeed the Polish international. In goal, change is coming for West Ham.

A similar theme can be identified across the pitch. Moyes’ unlikely stud central defensive partnership of Angelo Ogbonna, 32, and 30-year-old loanee Craig Dawson is not a long-term solution at the back. In central midfield, Mark Noble, 33, is the only source of backup to Declan Rice and Tomáš Souček. Most damningly, injury-prone Michail Antonio is the club’s only first-team striker.

To pay West Ham their dues, Moyes has a wealth of options at right back. Vladimír Coufal, a summer arrival from Sparta Prague, has impressed since his Premier League bow. Behind him, Bosman signing Ryan Fredericks and academy graduate Ben Johnson provide West Ham with impressive tactical versatility.

If the Hammers commit to fielding a 4-2-3-1 on a full-time basis, Moyes has a degree of flexibility in attacking midfield, too. 27-year-old Argentine Manuel Lanzini, former Spanish youth international Pablo Fornals, and Brentford alumni Saïd Benrahma are more than capable of making an impression in the top half of the Premier League.

For the first time in the club’s history, West Ham have started the calendar year with five consecutive victories. Plainly, the Hammers are enjoying a purple patch – both in the Premier League and FA Cup.  With the team uncovering a winning formula – the mood music in East London has changed. Protests against the board have subsided, at least for now, and West Ham finally seem to feel at home at the London Stadium.

If the Hammers recruit wisely, which would mark a significant break from the past, their squad management crisis could be averted. Working astutely in the transfer market would also make good on Karen Brady’s promise to bring “next level football” to East London.

Earlier this month, when quizzed about his mission to replace Sebastien Haller, Moyes admitted to being frustrated about the lack of progress West Ham have made in the transfer market.

“I hope the higher up the league we go that it makes us a more attractive club for players to come to. West Ham is an attractive club and I believe it can become better in the future as well, and I hope that is the case. I have no big news on transfers at the moment, nothing has really changed because not only are we in a difficult transfer window, but we are in a really busy time.

We’ve got game after game so it’s not as if you’re putting as much time and effort into the transfers because obviously, we are concentrating every week on preparing the team, recovering or getting ready for another game.”

West Ham have been linked with a constant supply of forwards this month, including Patson Daka, Abdallah Sima, Youssef En-Nesyri, and Giovanni Simeone. Lyon’s Moussa Dembélé has also reappeared on West Ham’s shortlist, per reports.

In many ways, West Ham’s striker hunt is emblematic of many of the issues they now face. Until West Ham land on a long-term philosophy, the East London outfit will continue to arrive at the same old saga. A star player arrives at West Ham. They spend a season or two at the club. They leave, often at a net loss. Crisis ensues.

For the ninth time in as many seasons, West Ham are heading for a crossroads. Only a long-term plan will allow the Hammers to truly thrive in the Premier League, it’s about time they found one.