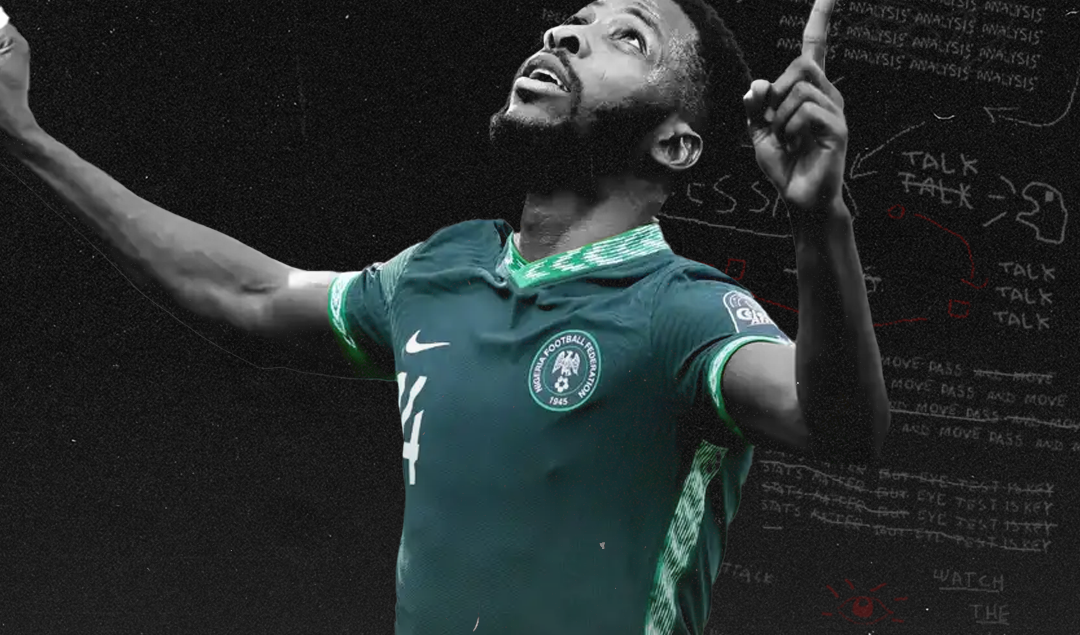 It was a national disappointment on the 25th of March 2022 when the Super Eagles of Nigeria failed to book a spot in this year’s FIFA World Cup holding at Qatar after playing a 1-1 draw with the Black Stars of Ghana at the Moshood Abiola Stadium in Abuja.

The 2022 Mundial at Qatar will be the first time since 2006 that Nigeria won’t be at the World Cup, hence, the shock and the surprise that has gripped the Nigerian football fraternity as well as the whole footballing world. What makes it even more surprising is the fact that the Super Eagles boast of some of Africa’s finest talents who were and are still turning heads in some of Europe’s major leagues.

Napoli danger man Victor Osimhen, Villareal’s beast slaying machine in the UCL Samuel Chukwueze and Watford talisman Emmanuel Dennis amongst other star players were all on parade for the three-time African champions but they couldn’t get the job done against a less fancied Ghanian side that had Arsenal’s Thomas Partey as the only notable big hitter in their squad for the final qualifying round.

Looking at the quality of players on parade, the first accusing finger would always go to the coaching crew for failing to get the best out of the talents at their disposal and as expected the Nigerian Football Federation almost immediately, dissolved the Eguavoen-led technical crew comprising of several top names in Nigerian football like Emmanuel Amuneke and Joseph Yobo.

A search for a new manager for the Super Eagles is still on and several names have been linked with the job including Ernesto Valverde, Philip Cocu, Laurent Blanc, Jose Peseiro amongst others and according to numerous media reports in Nigeria, former Venezuela national team manager Jose Peseiro is the overwhelming favourite for the Eagles job.

It is not only the coaching staff of the Super Eagles that needs changing actually, as far as Nigerian football is concerned. The entire footballing setup in terms of administration needs an overhaul as a matter of necessity.

The eight-year reign of Amanju Pinnick as president of the NFF has left many Nigerians unimpressed. Apart from committing some of Nigeria’s foreign-born talents to the Super Eagles, there’s not been many notable achievements in the footballing sphere.

The National teams have not lived up to expectations in most international tournaments and the domestic leagues have remained uninteresting. It’s been ages since Nigeria had top home-based talents holding their own for the Super Eagles.

As such, a dependency on foreign-based players and some fans and pundits alike suggest that it is this overreliance that has cost the Super Eagles in recent tournament finals and qualification rounds.

Well, Amaju Pinnick who currently has a role with the world football governing body, FIFA won’t be vying for a third term as NFF president when his tenure expires this September, the 51-year-old has confirmed.

“It has been a very turbulent ride for Nigerian football,” Pinnick said while speaking to Arise TV following Nigeria’s failure to qualify for the World Cup, “I’m eligible to run according to the statutes.”

“Do I want to run? It’s a no-no. My family is very key to me. They said it’s taking a toll on me and the family. They believe that I’ve done my best, and it’s time to move on. It’s a regrettable decision, but it’s the best.”

Therefore, all hands will need to be on deck when Nigeria elects a new NFF president in September. The year 2022 could prove to be very critical and a turning point for Nigerian football if things are gotten right.

No one has come out publicly to declare interest in NFF’s supreme position as of yet but there’s no respite for anyone concerned about Nigerian football as a new coach is yet to be appointed.

Jose Peseiro, the leading favourite, is vastly experienced as he’s coached top teams like Sporting CP, Porto and Al Ahly in the past but the records at his most recent job which is the Venezuelan national team is far from impressive.

The Portuguese could only boast of a 10.00 win percentage during his one and half year spell in charge of the team and his career total win percentage falls a little bit below average (48.96%) leaving a lot of question marks surrounding his suitability for the Super Eagles job.

Gernot Rohr who was Nigeria’s longest-serving coach after being in charge for five years boasted of a win percentage of 54.69% with the Super Eagles. Hence, there is no guarantee that Peseiro is an upgrade.

The likes of Ernesto Valverde and Laurent Blanc clearly have more pedigree but the way Nigerian football has been run over the years makes hiring either of them an unrealistic call.

Gernot Rohr was said to be owed millions of naira during his time as Super Eagles coach and no payment of salaries and bonuses has always been a recurring theme with the NFF. So getting and maintaining a top-tier coach would all boil down to the incoming administration’s willingness to work, avoid corruption and do the right things.

It is no doubt a complex scenario for Nigerian football. The domestic leagues surely need improvement, the men’s senior team, the female teams and the youth teams also need keen attention.

Everyone involved needs to reignite the blue torch paper and set Nigeria back amongst the best in the world, the status of being the giant of Africa is gradually slipping away and this is no time to sleep on a bicycle.

According to reports, Jose Peseiro will introduce Nigeria to a new footballing philosophy. A lot of people might argue that the Super Eagles’ problems are more administrative than tactical but I would argue it’s a combination of the both in equal measure.

While the nation has gotten it wrong in providing an enabling environment for football to thrive, recent performances of the national teams on the pitch have left many questions unanswered.

The kind of football played during the tale end of Gernot Rohr’s reign as Super Eagles gaffer was tactically unpleasant to watch, the struggle to play effective football was very visible and it was in that period Nigeria struggled against almost every opponent and lost at home to the Central African Republic in the penultimate world cup qualifying round was the height of it.

Austin Eguavoen took over from Rohr before the AFCON and his reign which lasted for just three months initially provided some hope as the Super Eagles won three out of three group stage matches at the AFCON in Cameroon, but the elimination to Tunisia in the Round of 16 took Nigerians back to the harsh reality that more work needs to be done and then failing to qualify for the World Cup in Qatar buried every little hope one could have had in the current Super Eagles team that boasts of some of Africa’s most promising talents.

The recent happenings are just a pointer that there is a high level of tactical expertise and managerial experience needed to turn things around. Is Jose Peseiro the most fitting option available? The NFF need to utilise due diligence as regards this. Nigerians are counting on them and they can’t afford to fail the nation again.