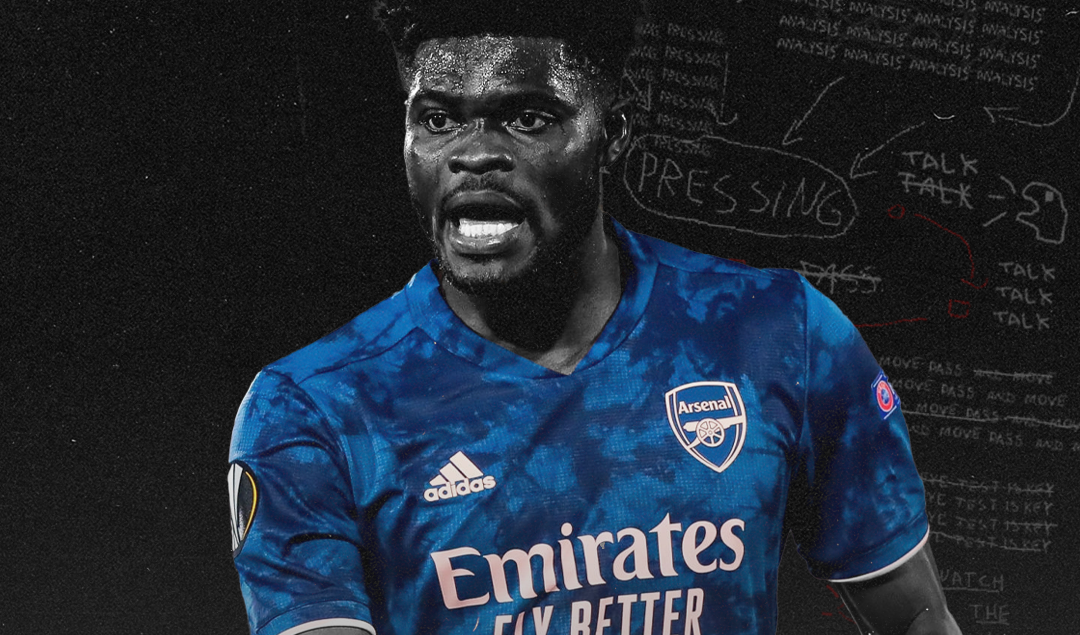 It’s no longer news that the Super Eagles of Nigeria did not qualify for the 2022 World Cup after watching Ghana, qualify on an away goal despite a one nil draw at the M.K.O Abiola Stadium, Abuja, Nigeria.

The match had a chaotic and tragic end, as the CAF/FIFA Official Dr. Joseph Kabungo died while trying to escape from the stampede at the stadium after the match.

Thomas Partey put the Black Stars ahead within 10 minutes, and whilst William Troost-Ekong soon equalized from the penalty spot, it wasn’t enough for the Super Eagles to turn around the deficit.

Picking up a pass from Gideon Mensah on the edge of the box, Partey took a touch to control before firing a low shot past Francis Uzoho — the goal that would eventually seal Ghana’s passage to the World Cup.

The Resurgence of Mikel Arteta’s Arsenal

Partey has emerged as one of the key players of the Ghana football team alongside Jordan Ayew, Daniel Amartey, and more, becoming one of the most important elements for the team currently led by interim coach Otto Addo.

Thomas Partey was born in Odumase in Ghana and began his career in the Odometah academy before moving to Atletico Madrid in 2012. In this same year, club legend Diego Simeone had just taken over from Gregorio Manzano and taken charge of Atletico — the start of the greatest spell in club history.

With Koke, Raul Garcia, Tiago and Gabi ahead in the pecking order, he had no other choice but to test himself in smaller Spanish clubs in an attempt to gain Simeone’s attention.

Partey returned from his spell at Almeria in 2015 with the goal of breaking into the Atleti first team. He would make his professional debut for the Rojiblancos on November 28, 2015, replacing Luciano Vietto in a 1-0 home win vs. Espanyol. Just a month later, he would score his first goal for the club vs. Levante.

Atleti would go on to finish third in the league and lose to Real Madrid on penalties in the UEFA Champions League Final, followed by another third-place finish and a semifinals exit in both the Champions League and Copa del Rey.

The summer of 2017 would see Portuguese veteran Tiago Mendes retire — one year later, captain Gabi announced his departure to Al-Sadd. In between the two departures of these midfield titans, Thomas Partey would solidify a starting spot in midfield alongside Koke after previously being used as a rotational piece under Simeone.

The Rojiblancos finished a distant second in 2017/18 and crash out of the Champions League at the group stage, but they nevertheless brushed past Sporting, Arsenal and Marseille to win the UEFA Europa League. The Ghanaian’s impressive form in the center of the pitch played a vital role in Atleti’s resurgence and rejuvenation, and the years that would follow saw him grow in importance.

By the summer of 2020, however, Thomas decided it was time for a new adventure — in the Premier League. On the final day of the transfer window, Arsenal matched his €50 million release clause and signed him on a contract through 2025.

The Ghanaian struggled with a spate of muscle injuries in the opening months of the season, but he was nevertheless able to solidify a starting spot in midfield under Mikel Arteta.

He once again found himself sidelined in the opening weeks of the 2021/22 campaign, this time with an ankle injury, and is likely to miss the rest of the season after picking up a thigh injury in a 3-0 defeat to Crystal Palace on April 4.

Martin Ødegaard: How Arsenal’s New Creative Engine Will Make an Impact at the Emirates

Despite this, Partey has undeniably played a key role in midfield for an Arsenal side that has gone from back-to-back eighth-place finishes to sitting in the driving seat for top four and Champions League qualification. Similar to compatriot Michael Essien, he is aggressive with and without the ball, capable of excelling in a pragmatic, defensive side or a possession-based team.

His tackling ability and anticipation have allowed him to slot in as defensive cover for the back four, but he is also a phenomenal distributor of the ball, capable of breaking the lines with his long passing or dribbling. He is a risk taker who can change the dynamics of the team with his tenacity and drive on and off the ball.

Having previously operated in a more defensive role at Atleti alongside Koke, constantly shuttling back and forth to prevent incisive passes and block shots, Partey has impressed in more of a box-to-box role under Arteta and his creativity and vision has allowed Arsenal to shift to a new gameplan following Mesut Özil’s departure.

Playing next to Swiss international Granit Xhaka, Thomas is capable of roaming through midfield and creating goalscoring chances with his passes as well as recovering loose balls and breaking up the play. He thrives at driving out of pressure and allowing his team to transition to the second phase of build-up.

In an era where the classic 10 is being the eroded slowly, in the modern era of high transition counters, the responsibility of playmaking is placed on the deep-lying midfielder while those in more advanced positions chase the ball by pressing high up to recover and make a transition offensively and defensively.

Partey excels in this role by bringing the ball from the first third to more advanced areas as well as recovering the ball from the opposition and launching counters. He is a player who can operate in various positions and various roles, a Swiss army knife of a midfielder.

While Mohamed Elneny has done well to deputize in his absence, Partey remains essential to Arsenal’s midfield balance and will be looking to steer clear of injuries for the North London side in what could be their first season in the Champions League since 2016/17.