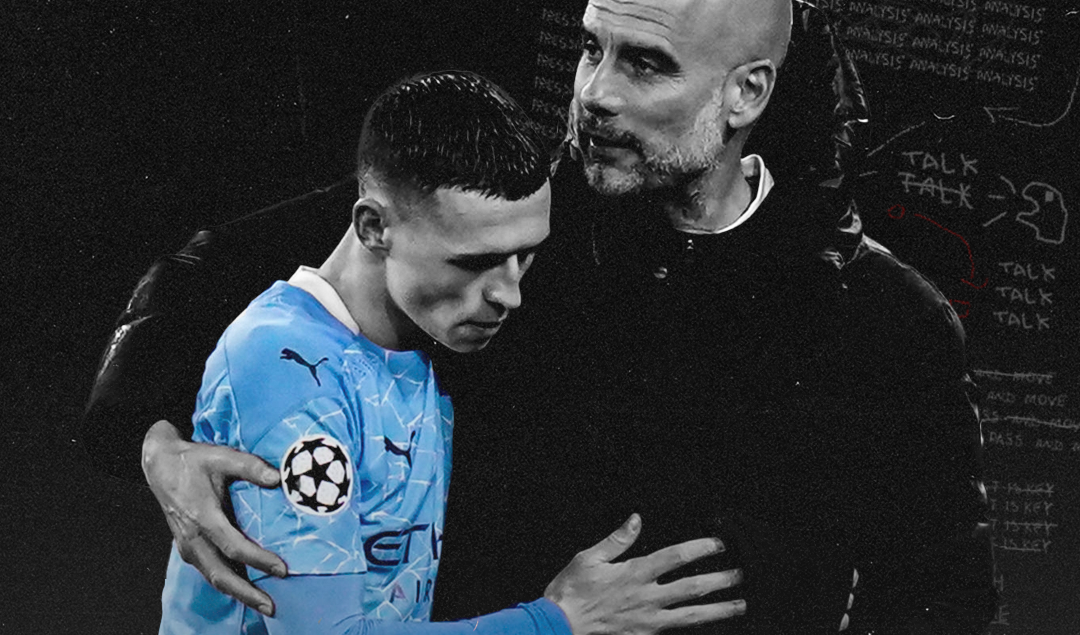 Last week, Manchester City won the Premier League for the third time in four years, without even kicking a ball. Leicester’s 2-1 win against United set in motion that trophy’s return to the Etihad in a matter of weeks. With the Carabao Cup and the league secured, much of the attention has turned to the all-English Champions League final when City face Chelsea as favorites in Portugal on May 29.

A victory for the Manchester side at the Estádio do Dragão would be a huge achievement, a first for a team of record-breakers, and the crowning jewel of the 2008 takeover. But this story isn’t about what could be a remarkable campaign for the Sky Blues. This story is about the club’s recent history, and what its future might look like.

In the summer of 2011, Manchester City paid around 35 million to sign then 22-year old Sergio “Kun” Agüero from Atlético Madrid. 10 years and 258 (and counting) goals later, the Argentina international has cemented his place as a City and Premier League legend. With his departure from the club imminent, a statue outside the Etihad Stadium is planned to honor his legacy.

However, the 32-year old is a long line of City legends to have left the club or retired in recent years. Yaya Touré, Joe Hart, Vincent Kompany, and David Silva are just some of the players who once graced the field in City’s sky blue colors. After stints with Olympiacos in Greece and a brief spell in China, the Ivory Coast international retired last year. Hart is currently at Spurs; Kompany is managing Anderlecht in his native Belgium; and Silva, at 35, is pulling the strings in midfield for Real Sociedad, who are currently fifth in La Liga. There is of course, also Pablo Zabaleta, who spent 3 years at West Ham before retiring in 2020.

A few weeks ago, Agüero announced his decision to leave Manchester after his contract runs out at the end of the season. Much has been said about the missed penalty against Chelsea the other day. In the context of the league, it was only a minor dent in the title charge.  For the player, though, an incident might be huge, not just for confidence, but also with potential implications for the starting spot up front in Porto. The day after the Chelsea game, the forward issued an apology to the club and its fans.

Should he play and score in the club’s final domestic game at home against Everton on May 23, Agüero could equal or even surpass Wayne Rooney’s record of 182 league goals. For all his contributions to the club, the €40 million City paid for Aguero looks to be a bargain. Looking beyond, though, replacing the talisman will be a huge ask for Guardiola, and City could do with some competition for Gabriel Jesus next season.

Erling Haaland would be a dream signing, especially since his father, Alf-Inge Håland, had a brief stint at City in the early 2000s. Kylian Mbappé would be truly ambitious. That said, City could find a solution in-house. After his hattrick against Newcastle the other day, Ferran Torres showed he can play as a centre forward. English striker Liam Delap, who’s impressed over the past year, could be another option.

In recent years, Man City have reinvested and upgraded in a number of key positions. Joe Hart and Claudio Bravo made way for Ederson and Zack Steffen, while Rúben Dias filled in for Vincent Kompany. Meanwhile, Bernardo Silva and Phil Foden have made up for El Mago’s departure.

From the 2017-18 squad that won the title, and broke a ton of records on the way, one of the key players was Fernandinho, the club’s current captain. Soon to be 36 years old, the Brazilian midfielder may extend his stay in Manchester for another year, with his contract to be discussed at the end of the season, as reported in the Daily Telegraph. Eventually, City will have to fill the former Shakhtar man’s void once he departs.

This season, Rodri has been excellent as a holding midfielder, looking more mature on the ball and in his tackling. City may already have just the player in Yangel Herrera, who’s impressed on loan at Girona this campaign. Manchester City U-23 captain Tommy Doyle and Croatian youngster Ante Palaversa, the latter on loan at Kortrijk in Belgium, might be ready to take the step up to the senior team.

City’s success, though, is not just down to smart recruitment and reinvigoration. Some of the credit, undeniably, rests with manager Pep Guardiola. An iconic player for Barcelona and the Spanish national side, and a legendary coach for the Catalan club as well as Bayern Munich, the 50-year old has transformed his current club since taking charge in 2016.

The Spaniard’s critics point toward his flaws: overthinking and tinkering with the squad, or his failure to win the Champions League during his time in Munich. Even as he leads City to a historic final in less than two weeks, the club’s spending since the takeover might be a talking point. 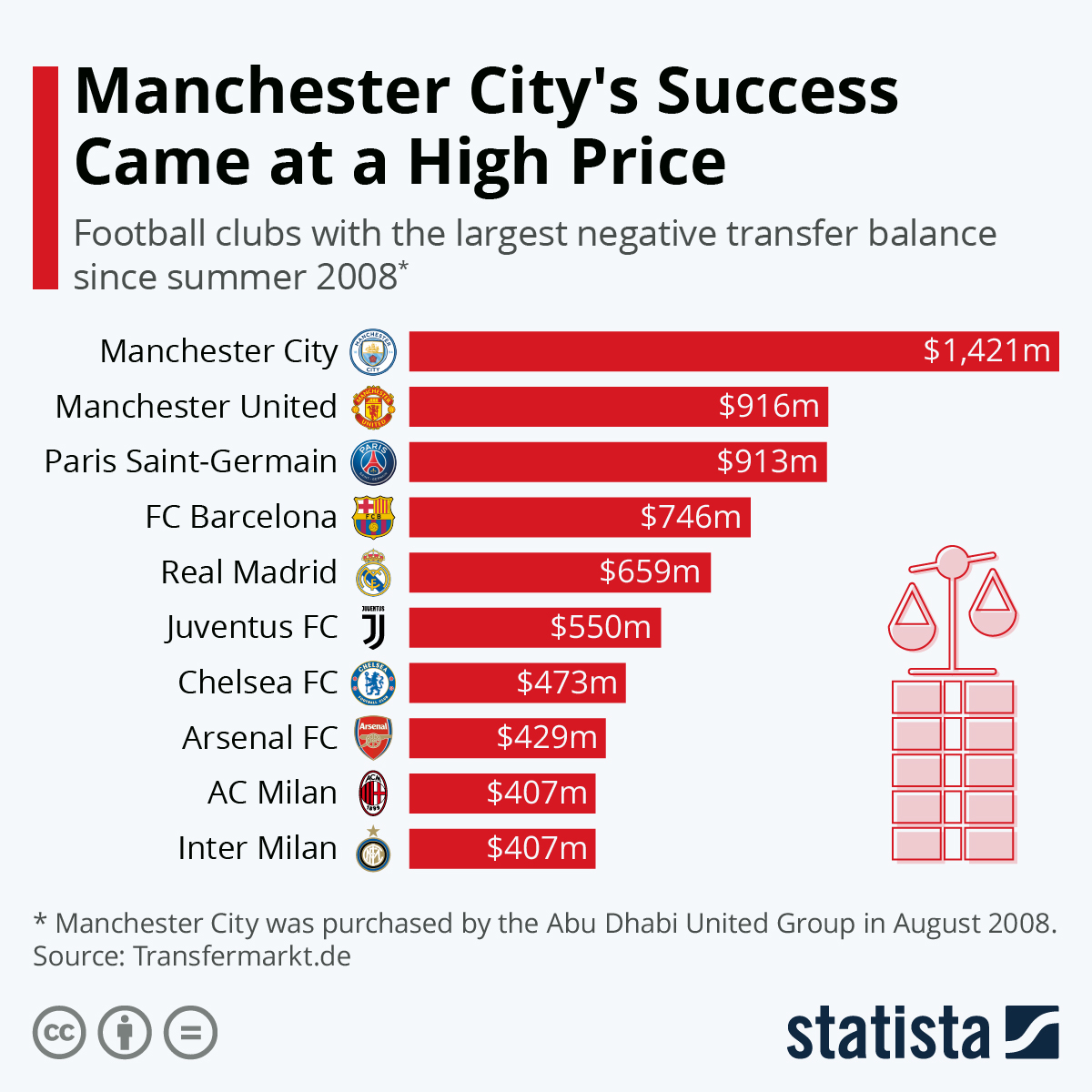 All those questions aside, Guardiola’s footballing brain and his management skills are indisputable: in his 12-year career, the Spaniard has won 30 trophies, per Transfermarkt, the most of any manager. In November, Guardiola signed an extension keeping him in Manchester until 2023. For the club, and the fans, seeing him at the Etihad beyond that would be a dream.