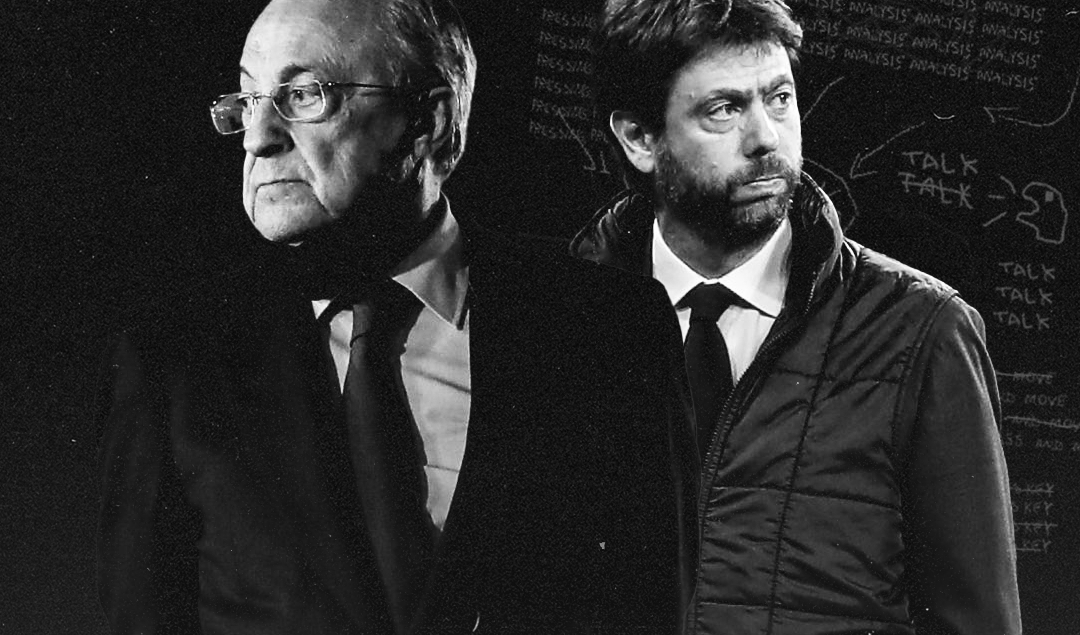 The Super League is here. There is hardly a fan that wanted it, but it’s here and it seemed as though it was inevitable. Twelve of Europe’s richest and most popular clubs are set to form a breakaway league in the most seismic change to European football in decades. This was news that broke the internet, overshadowed the news of Bayern Munich publicly dismissing their manager’s manner of announcing his intent to leave, overshadowed the news of José Mourinho’s sacking at Tottenham…and it was all coming.

For a bit of background into who the people behind all of this are, Andrea Agnelli the chairman of Juventus and one of the biggest backers of this Super League, once proposed the idea of “a subscription for the last 15 minutes” of matches to compensate for “the attention span of today’s kids.” Ed Woodward from Manchester United, another key backer, once said “match going fans are firmly in the center of thoughts,” with regards to any Super League plans (they weren’t, evidentially).

Arsenal’s Stan Kroenke once moved the St. Louis Rams away from St. Louis, Missouri to Los Angeles – 2,900 kilometers away – all because the team would be beneficiaries of more “corporate welfare.” These are just three of 12 examples. Worth remembering, though, that they want the “benefit of the entire European football pyramid.”

Those 12 clubs (or men in charge) must feel really fortunate that fans aren’t allowed in stadiums yet. The first game back is going to be a menace, and it should be too. Those 12 clubs’ fans have often had differences through history about politics, ideology, the sport itself, and more. Now they are united, and, ideally, it would’ve been made clear to the clubs how wrong this is. Fans, however, never had a say in this. If it was never made clear that modern owners never cared about fans then the announcement of the Super League and manner of the announcement should.

Over the course of history, Barcelona and Real Madrid represented their cities and have been embroiled in battles linked with Spanish and Catalan pride; Liverpool and Manchester United represented their cities, which represented economic and industrial pride; Inter were born out of wanting to be a club for the world, separate from city rivals Milan and here they all were, proudly celebrating their unity in a cash-rich, greed-induced Super League that had zero consideration or input from the fans and their respective cities.

After over a year where fans haven’t been able to attend games in stadiums and clubs have done their best to ensure fans are a part of the game as much as possible, they diminished the little goodwill they had with a shattering announcement of intent. Manchester United ignored advice from Sir Alex Ferguson and proved that covers across their stadium praising fan influence was there for show; The men in suits at Liverpool proved their historical club mottos of “You’ll Never Walk Alone” and “This Means More” truly meant nothing until it benefitted those in charge.

To add to that, these people in charge didn’t make matters any better by leaving their employees, their head coaches, out to feel the heat from the media. While they released statements and took ugly pride in being one of the “Founding Members” of the Super League, two of them left their head coaches out to face the press – Thomas Tuchel at Chelsea and Ole Gunnar Solskjær at Manchester United. Both of them handled it diplomatically, as they were expected to, but it was a position they were never supposed to be in.

But such is the crass nature of football in the modern-day. I was born in 1999; I never witnessed the true European Cup and the Champions League that the Marseilles and Ajaxes of European football that were celebrated and loved. But this version of European football is awful, too controlling, too closed for some, and too protective of those who only want the people’s game for themselves.

There is a scene in Netflix’s La Casa de Papel (or Money Heist), where The Professor talks about a hypothetical football match between Brazil and Cameroon and how everyone expects Brazil, the favorites, to win, but innately wants Cameroon, the underdogs, to succeed. That is what makes football, and sport as a whole, so appealing – the theatre of it, the excitement of seeing the unfancied overcoming the unstoppable, the chance to see someone new make history.

This is all being wiped out and priced out for greed and sweeping the incompetence of some under the rug. The alternative, though, is not any better. It’s a UEFA-backed reform to the Champions League where 36 teams are allowed to play in it and there are places given on historical coefficients – a wildcard entry based on performances in the recent past.

The purpose of the original European Cup was to have the best clubs (or domestic champions) competing against each other. Giving a Champions League place based on recent history goes against that. That a club can finish sixth and trophyless and “qualify” for the Champions League based on recent history, then go on to win a tournament they never actually qualified for on the pitch is a real possibility and a real disregard of integrity.

Every season, fans want European football but they want to be there because they earned it in the current season, not last year. But such is European football now: a grand mess. The plans for the creation of the Super League and the resistance from UEFA, FIFA, and domestic leagues are probably going to create a lot of bad blood and possibly even lawsuits.

There can be some pride taken in the fact that a few Bundesliga and Ligue 1 rejected the offer to join, but this is a test of their loyalty and integrity. German football prides itself on being fan-centric. Borussia Dortmund’s Hans-Joachim Watzke, whose club has been against Champions League reforms and has now interestingly accepted those very reforms, has spoken against the Super League, and now it’s time for them to stick to their word, not just today or this year, but for the rest of time.

This is modern European football as we know it: going against what the fans want to line up the pockets of some and exchanging morals and club pride and history for a few with greed. Recent times have seen the entry of oligarchs and state-owned clubs, uncaring and inconsiderate owners who rarely visit their clubs and drive them into massive debt and this is the consequence of it: a €3.5 billion J.P. Morgan-backed soulless Super League. It was coming.

And in the grander scheme, this is just the Super League. FIFA and UEFA, the apparent “good guys” in this story, aren’t much better either, but this is who the game was sold to. It was coming.