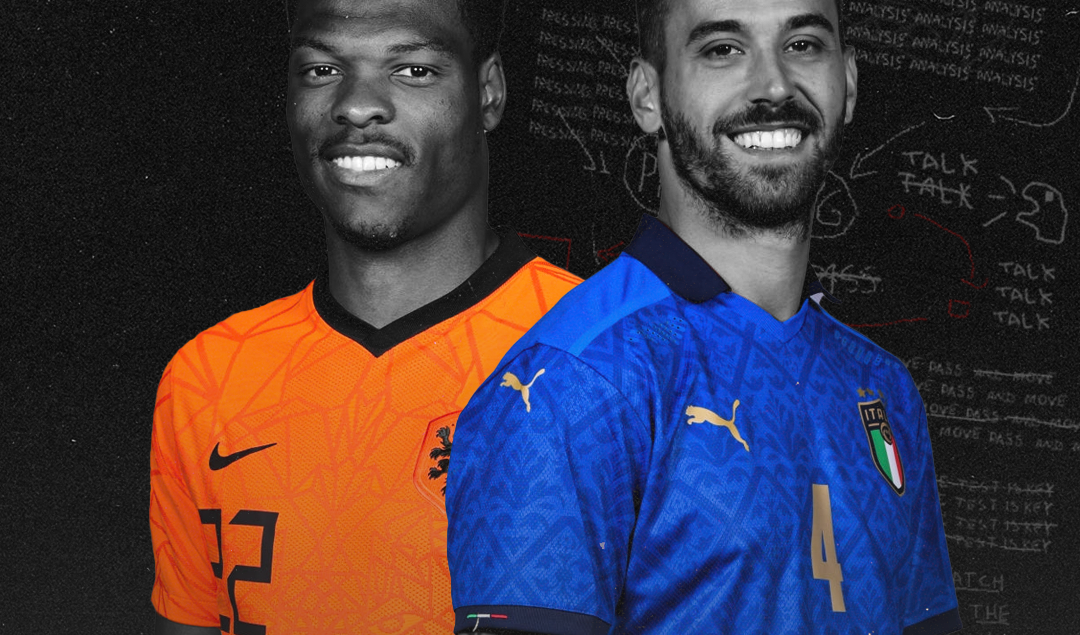 We’ve waited a long time for the European Championships to come around what with the 12 month delay but, boy oh boy, have they been worth the wait. Here we take a look at five of the breakout stars of Euro 2020.

Before we throw the five names out, what constitutes a breakout star? Is it a youngster that emerges from nowhere? Is it an experienced head that does a surprising job for a lesser-known nation? Maybe it’s a player that is established domestically but not by the broader footballing world. For us, any of these could qualify. So, who are the breakout stars of Euro 2020?

Italy’s full back Leonardo Spinazzola definitely falls into the category that he’s been a steady player for a while but just not appreciated in wider circles. That will no longer be the case. Whilst he’s not one of the best defensive players around, the Roma left back, 28, has been a standout player for an Italy side that are now amongst the very favourites to win the competition.

Spinazzola did provide a crucial assist for Federico Chiesa in the round of 16 match versus Austria but that isn’t why he makes our list. He’s been a constant threat going forwards and reliable a the back; if Italy are to get past Belgium in the quarter-final, he’ll likely play a big role.

From a left back to a right back. Denzel Dumfries has long been one of the best players in the Eredivisie for PSV but his displays for Netherlands – particularly in the group stage – has made a lot of people raise their eyebrows. Like Spinazzola, he was steady enough at the back but going forwards he showed everything that makes him a class act in the Dutch league.

With goals in back-to-back games along with an assist to boot, it’s little surprise that a move to one of the big five leagues is once again hogging headlines. The only blemish on Dumfries record is the fact he was powerless to prevent the Dutch being knocked out at the hands of Czech Republic.

20-year-old Damsgaard only contributed two goals and four assists in his entire season with Sampdoria. For Denmark, he already has a goal and assist from just three appearances and 204 minutes of action. Denmark became everyone’s second team in the Euros after the horror of Christian Eriksen’s cardiac arrest but there is no denying Damsgaard has benefited from his absence.

The Danes have pulled together to deliver some high-quality performances since that opening game defeat; Damsgaard has been at the heart of a lot of their good stuff and his price has skyrocketed as a price.

When you’ve made 52 appearances in a Barcelona shirt by the age of 18 it’s arguable to say you’re already a star. For a lot of fans though, the goings on of La Liga aren’t front and centre of their footballing world.  After watching the Euros though they will know that Pedri is the real deal. The young Catalan cannot boast goals or assists from the tournament (yet) but his ability to move into space, to see a pass, to pick a pass and to generally dictate play is phenomenal.

He is only 1,74m and if he was in basketball, he would probably be among the top 10 shortest NBA players of all time. Luckily in football and in his position specifically height is not that big of a deal (Messi is just 1,7m) It is little surprise that Liverpool are being linked with a move for Pedri. What will be a shock is if Barca were to let him go; he looks like their future.

Topping our list of the Euro 2020 breakout stars is Czech striker Patrik Schick. When you consider he plays in the German Bundesliga and is aged 25, you might think it’s an odd choice. We, however, would encourage you to look at his stats for Bayer Leverkusen; he didn’t even hit double figures last season.

In the Euros he has bagged four goals in as many games to guide his side to a quarter-final spot and included in that haul is his strike against Scotland; it’s probably the goal of the tournament. He’s now being linked with a Premier League move. There you have it, the breakout stars of Euro 2020.