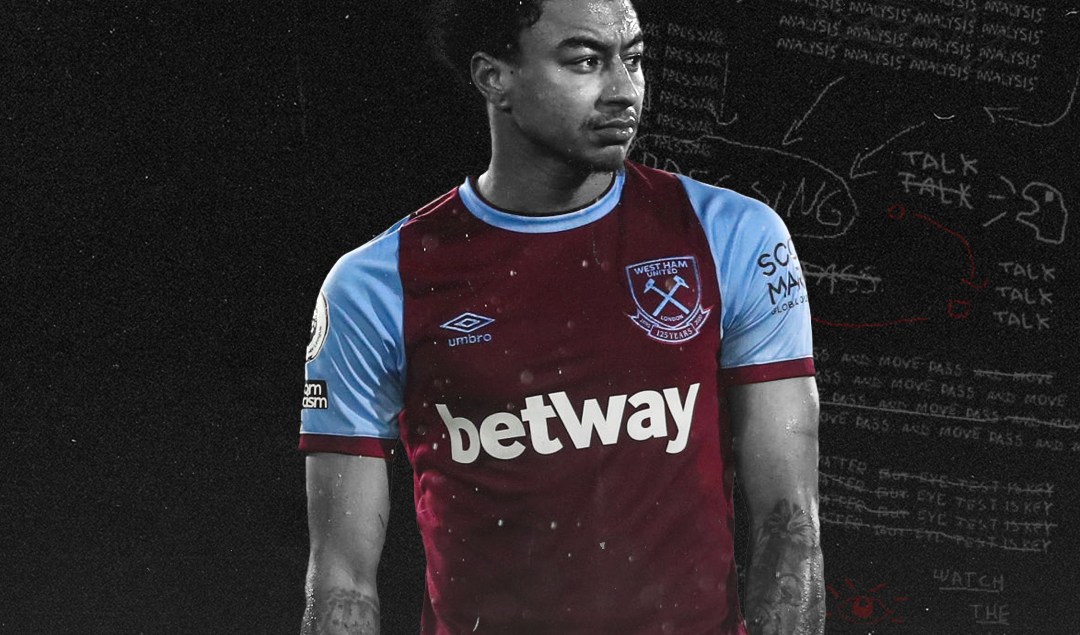 At the end of January, Manchester United’s Jesse Lingard joined West Ham United on loan until the end of the season for a fee of £1.5 million. Just a few days later, the Englishman propelled the Hammers to 4th in the Premier League with two crucial goals on his debut against Aston Villa in a 3-1 away victory. David Moyes and his side will be hoping that Lingard’s impressive start is a sign of things to come, and the 28-year-old could prove to be the difference between a mid-table finish and a European place for West Ham United.

Having made just 3 appearances this season in all competitions (2 in the League Cup and 1 in the FA Cup) prior to his move down south, it is certainly time for the England international to leave United; under Ole Gunnar Solskjær, his career has gone on a downward spiral. Lingard amazed at the 2018 FIFA World Cup and his long-range effort against Panama in the group stages will live long in the memory, while he was a crucial part of the Red Devils’ side for a number of season’s after finally getting his chance in the side aged 24 under Louis van Gaal on the back of loan spells at Leicester, Birmingham, Brighton and Derby.

The 28-year-old came through United’s famous academy at a similar time to Paul Pogba and Ravel Morrison and the three players represent the different journeys a footballer can take. At academy level, Morrison was by far the most talented of the three and was heralded as England’s next big star, with Sir Alex Ferguson and Rio Ferdinand heaping the praise on the youngster only for his career to slowly get worse and worse having failed at 12 clubs in 10 years.

Lingard was seen as a decent asset and although he was slow to break onto the scene, he amazed when he did, enjoying a quite incredible peak defined by his 2016 FA Cup-winning goal and some remarkable performances away at the Emirates in the FA Cup and Premier League. However, Lingard will now have to prove himself again in East London after being frozen out.

Pogba was seen as the least talented of the three and went on to cut his teeth at Juventus before United were tempted into bringing him back for a world record fee of £89 million and the Frenchman has become a global star and one of the best midfielders in the world on his day. This shows the differing journeys of the three Carrington graduates who have all experienced divergent journeys to those that were once laid out for them.

The Curious Case of Paul Pogba

If Lingard is to enjoy a positive end to his career, whether it’s at United, West Ham, or elsewhere, it is vital that he performs well in the next few months during his loan spell in what is possibly the most daunting and crucial period of his career so far. Lingard can certainly take courage from the form of his ex-England teammate, Ross Barkley, who was seemingly surplus to requirements at his parent club, Chelsea, and was struggling for game time and evicted from the England set-up as a result, but, having gone to Aston Villa where he has access to plenty of minutes, he has shone, most notably in the 7-2 thrashing of Liverpool.

Barkley’s recent revival could inspire other former England stars such as Lingard, Dele Alli, and Harry Winks to move on from big clubs in search of regular minutes and an important role, as doing so could land them a call-up to Gareth Southgate’s England side. Lingard’s contract expires in 2022 and United will be desperate to not lose him on a free transfer next year.

In his debut against Aston Villa, Lingard played in his preferred No.10 role, pushing Saïd Benrahma out to the left-hand side and Pablo Fornals to the bench as a consequence. He was able to replicate and even improve on Benrahma’s tendencies to pick up pockets of space in the hole between the Villa defence and midfield and the Algerian, along with Ryan Fredericks on the right, proved to be excellent outlets for Lingard’s forward-thinking mindset.

What was most impressive about Lingard’s debut (other than his surprisingly powerful finishes for both goals which flew past the Premier League’s most in-form keeper in Emiliano Martínez from tight angles) was his imperious connection and link-up play with Michail Antonio. Too often this season, it has seemed as if Benrahma and Antonio have been on a different wavelength, although every game their linkage seems to grow stronger, Lingard however, knew exactly where Antonio would run and the speed and angle he would approach the Villa defence.

His debut proves that he can bring energy and an alternative option to this exciting West Ham side which is already studded with an array of attacking talent. Pablo Fornals can pick a pass and tracks back effectively but lacks Lingard’s potency and calmness in front of goal, while Lingard’s footballing brain exceeds that of Jarrod Bowen and Benrahma who are prone to taking the wrong option in the final third.

Lingard also brings added competition and the aforementioned three will now have to fight for their place where before it was pretty safe from Manuel Lanzini and Andriy Yarmolenko. Lingard also showed on his debut that he can conform to David Moyes’ high octane, workman-like game style, and he managed to comfortably last the full 90 against Villa despite only making 3 appearances this season.

On his debut, the United loanee even managed to bring out the best of Antonio’s often erratic passing range and Antonio was the provider of both of Lingard’s goals which is detrimental to the quality of his runs in behind the Villa defence.

Going forward, it looks as if David Moyes may look to use Lingard as a false nine due to the constant fatigue and muscle stiffness that Michail Antonio endures and the injury to Andriy Yarmolenko (who has been forced to act as West Ham’s back up striker due to the board’s insistence at not signing another one after Sébastien Haller’s £22 million departure in early January).

Lingard did play as a false nine a few times for United due to the preference of both Anthony Martial and Marcus Rashford to occupy wide positions, and this dynamic can be replicated with Bowen and Benrahma. United have already stated that they may be looking to let Lingard leave for a minimal fee in the summer as he enters the last year of his contract and due to the likely departures of Manuel Lanzini, Felipe Anderson and Andriy Yarmolenko, it is probable that Lingard’s former boss will opt to sign him in the summer.

However, if Lingard really performs in the next few months and propels West Ham into the Europa League, or even Champions League places this season (West Ham are only a point off 4th-placed Liverpool at the time of writing) then United may look to keep him in their squad as a backup to Bruno Fernandes as they enter a title race next season, especially considering that Donny Van De Beek, who has struggled for minutes this season, could be on his way out in the summer.

Although, if Lingard is going to have a memorable close to his career, it is probably best for him to stay at West Ham or leave Old Trafford for another smaller Premier League club so he can obtain his desired amount of minutes next season and beyond, and there is certainly still elements of the player who sent Crystal Palace fans into despair at Wembley with his FA Cup final winner and who helped England to the semi-final of the World Cup, he is just no Bruno Fernandes though, and there is no shame in that.