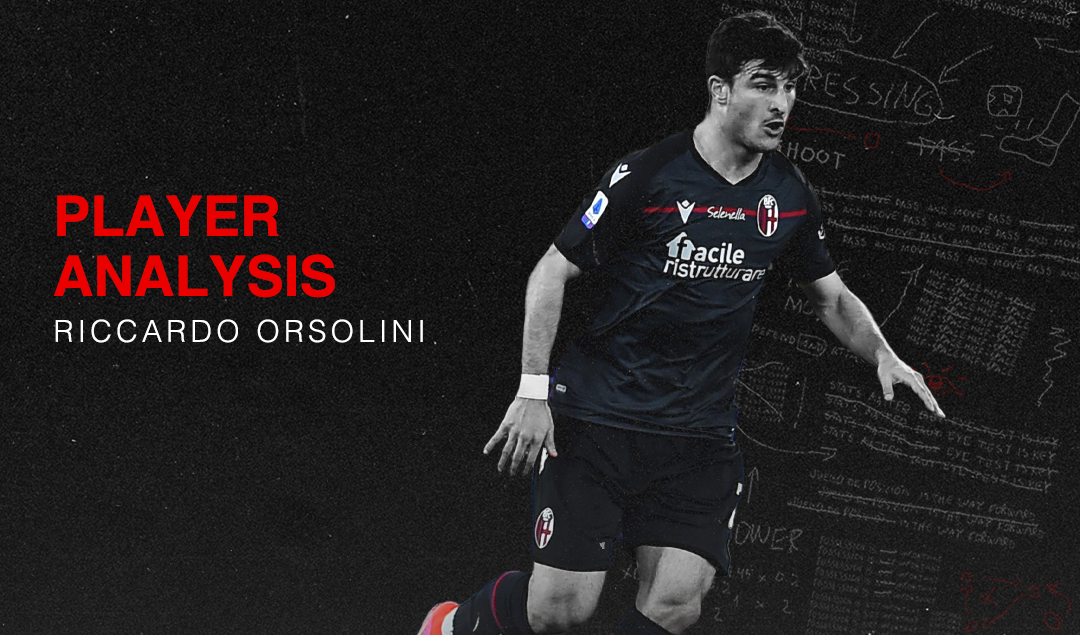 After failing to qualify for the 2018 World Cup, Italy recovered in incredible fashion to win the 2020 European Championship under Coach Roberto Mancini. The former Manchester City and Inter tactician instilled an attacking philosophy and a great sense of belief to a squad that was lacking in international experience.

Some of the younger players who played at Euro 2020 had featured at the 2017 FIFA Under-20 World Cup, when the Azzurrini finished third in that tournament. That team was coached by Alberico Evani, who is now one of Mancini’s assistants with the Azzurri, but the star of his team was not selected for the senior squad at the Euros.

Bologna forward Riccardo Orsolini was the Golden Boot winner at the 2017 FIFA U-20 World Cup with five goals but he has not been a regular feature of the senior Italian squad.  Mancini already had a plethora of options at Euro 2020 who could play on the right-wing such as Federico Chiesa and Federico Bernardeschi from Juventus as well as Domenico Berardi from Sassuolo. Like Matteo Politano from Napoli, Orsolini had to watch the tournament from home.

The 24-year-old is a right-winger with exquisite talents and he possesses the ability to score some spectacular goals. Like Dutch great Arjen Robben, he likes to cut in from the right to get into scoring positions, and he also likes to perform a few stepovers like a Cristiano Ronaldo or Robinho. Unfortunately, Orsolini does have consistency issues, which is one of the reasons why he has only been limited to just two caps for Italy. Although he has scored in both matches for the Azzurri, he has not featured for the senior squad like he did for the Italian youth teams.

Born on 24 January 1997 in a village called Rotella in the province of Ascoli Piceno, Orsolini attended a football school in the neighboring town of Castignano at the age of six before he was noticed one day by Remo Orsini, who coached the Ascoli Pulcini or Under-12 squad. Orsolini was at the beach and he saw the Rotella native dribbling and performing overhead kicks. He then went up to Orsolini’s father and the youngster immediately joined the Picchi youth set-up.

It required some sacrifice from the boy’s parents, who had to travel from Rotella to Ascoli Piceno three times a week for him to train, but it paid off. He had been a striker in the Giovanissimi or Under-15s but he was converted to a winger in the Allievi or U-17s, and he made his senior debut for Il Picchio in April 2015.

The 16-year-old came on as a substitute in a 1-1 draw against Pro Piacenza in Lega Pro. It would be his only appearance in Italy’s third division as the club from the Marche region went on to earn promotion at the expense of Teramo. Although the club from Abruzzo had finished on top of Lega Pro Girone B, it had been penalized for match-fixing so Ascoli eventually took its place in Serie B for the 2015/16 season.

Orsolini spent most of that campaign in the Primavera squad, and despite playing as a winger, he scored 22 goals in 26 competitive matches. He finished as leading goalscorer in Primavera C after scoring 17 goals and he also provided nine assists. His best performance was undoubtedly in league game against Virtus Lanciano, scoring five goals as Ascoli went on to win 7-4.

In Serie B, he made nine appearances, and he also supplied an assist. For the 2016/17 campaign, Orsolini was integrated into the senior squad and he became an important part of the team. In 41 appearances in the Cadetti, he scored eight goals and supplied six assists.

His form with Ascoli drew the attention of Evani, who selected him for the Italy U-20 squad, and the right-winger went on to score eight goals in 12 matches. He found the back of the net three times at the now-defunct Torneo Quattro Nazioni Under-20, which Italy came second behind Poland.

Then came the U-20 World Cup. Orsolini did not score in the 1-0 defeat to Uruguay in the opening match but then he found the back of the net in each of the following five games as the Azzurri reached the semi-finals. The Rotella native scored against England in the semi-finals but the Three Lions won 3-1 and progressed to final, which they won 1-0 against Venezuela. Italy secured third place after drawing 0-0 against Uruguay and then winning 4-1 on penalties.

Orsolini had been purchased by Juventus in January 2017 for €6 million but he remained on loan at Ascoli for the remainder of the season. After returning from the Under-20 World Cup, he was sent on loan again, this time to Atalanta. Playing under an attack-minded coach like Gian Piero Gasperini should have been a Godsend but it wasn’t to be.

The right-winger played in nine competitive matches and provided one assist for La Dea and he was sent on loan to Bologna in the winter of 2018. Coach Roberto Donadoni rarely utilized the young forward, who could not displace Simone Verdi at right-wing and he featured just eight times in Serie A.

Filippo Inzaghi replaced Donadoni at the start of the 2018/19 campaign, and although Orsolini was earning more playing time, he could not perform to the best of his abilities. Inzaghi often implemented the 3-5-2 formation, which meant that the starlet from The Marches was played out of position as either a right wing-back or box-to-box midfielder.

After the Felsinei were thrashed 4-0 at home to Frosinone in January 2019, Inzaghi was sacked and replaced by Siniša Mihajlović. At a stage in which Orsolini’s senior career was stagnating, the Serbian tactician would put him on track.

Mihajlović changed the formation to the 4-2-3-1 and Orsolini operated as a right-winger. For the remainder of that season, the Marchegiano went on to score six goals and provide three assists under the Serbian. He finished the campaign with eight goals and three assists in 35 Serie A appearances, a respectable return overall but it was clear that the arrival of Mihajlović made a difference.

While at Bologna, the winger had also played 12 matches for the Italy Under-21 squad under Coach Luigi Di Biagio and scored three times. Those goals came in his first five matches though, and he only played twice at the 2019 European U-21 Championship, with Italy failing to progress from the group stage. Di Biagio was sacked after six years of constant underachievement and Orsolini was being considered for the senior team.

Bologna decided to buy the 22-year-old outright from Juventus for €15 million in June 2019 and he went on to play 37 Serie A matches, scoring eight goals and assisting in another eight. Arguably his best performance was in a 3-2 victory away to Lecce, scoring the first goal with a tap-in and then scoring a delightful second goal, making a couple of step-overs before shooting with his non-preferred right foot.

Orsolini followed that season up with seven goals and four assists in 34 games throughout the 2020/21 Serie A campaign as Bologna went on to finish 12th in the league. For a club in the position of the Felsinei, Orsolini’s stats seem respectable enough. Considering the players around him, the team has its consistency issues, not just him. He does have his share of matches where he does go quiet or looks ineffective.

Five Bologna Youngsters to Keep an Eye on

There were times in the 2020/21 campaign in which Danish international Andreas Skov Olsen looked more effective and was challenging the Italian for a place in the Bologna starting line-up. Despite this, the 24-year-old is a player that has had great expectations placed on him from a young age so it is easy for anyone to demand more from him.

The Rotella native still has admirers over the Italian peninsula and he has been linked with Fiorentina, Torino, Lazio, and Napoli. Perhaps a move to one of these clubs could either represent his true place as a professional football or elevate him to a greater level.

Italy currently has plenty of depth on the wings but the talents of Orsolini should not be discarded. With his ability to score goals from wide positions and create something out of nothing, he is a player who could still add something to what is already a strong Azzurri squad.

By the same token, the Euro 2020 triumph of the Azzurri should also serve as a sign for Orsolini to improve on his club performances if he wants to be playing international football again.