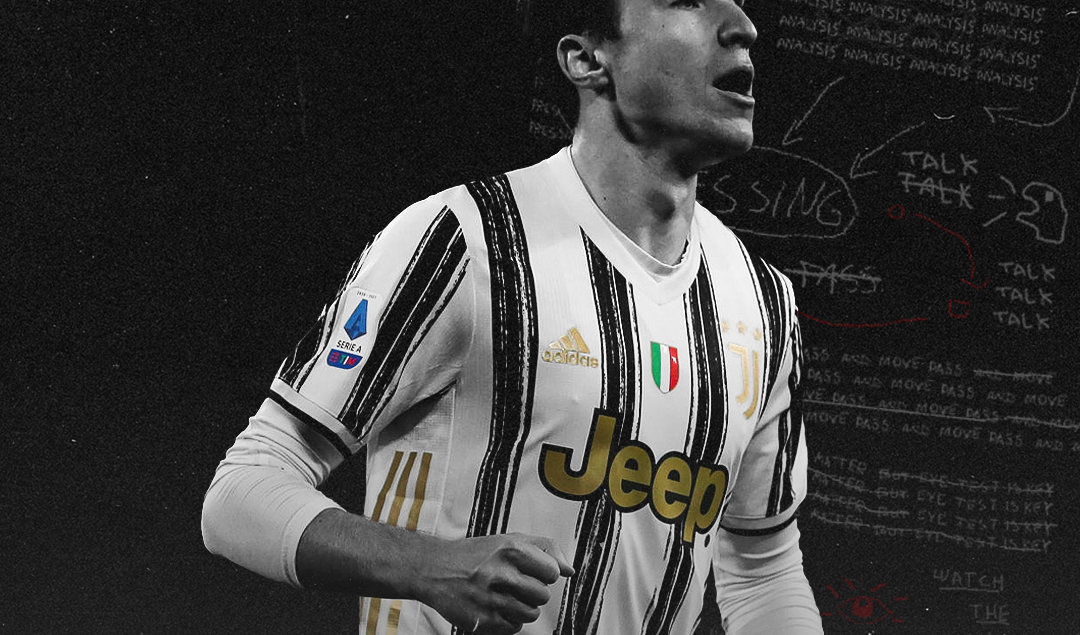 In a season where Andrea Pirlo is under intense scrutiny as Juventus’s domestic dominance unravels rapidly, there has been some form of hope. Juventus are a team in transition and Pirlo has given ample time to the more younger Bianconeri players. Promise has been shown from young, emerging talent like defender Merih Demiral who has been utilised more under Pirlo and Weston McKennie who has been a brilliant find from Schalke.

It was a fascinating and unorthodox window for the Old Lady, of course, it would be, given the pandemic’s stranglehold on the footballing world, teams are having to dial down and innovate to improve their rosters. As well as bringing in McKennie and the Miralem Pjanić-Arthur Melo switcheroo, 19 year-old Nicolò Rovella was signed from Genoa for a surprisingly pricey fee of €18 million, before being sent back on loan to Genoa for the remainder of the season. Juve will be hoping the work experience pays off similarly to Dejan Kulusevski who returned after a successful loan spell at Parma.

All the aforementioned coups for Juventus clearly demonstrate they have one eye on the future and seem hell-bent on shifting into a new era post -Max Allegri/Maurizio Sarri, whether it is going to be Pirlo who leads them is another question within itself. The mantelpiece and pick of the bunch of the youthful Juventus acquisitions without a shadow of a doubt has been Federico Chiesa.

In January 2019 club chief Fabio Paratici dined at a Milanese restaurant, scribbling potential transfer targets on a piece of paper which he later ripped up and tossed in the trash. As it occurred, a fan with surely skilled hands and a sharp eye picked up the pieces of paper and taped them together, leading rather hilariously for the world to have a peek into Juventus’ transfer prospects, Chiesa was on that list and two years after Paratici’s meal in Milan, Juve had their man.

It is worth noting that there were many raised eyebrows when the Old Lady jumped in and made the deal that could eventually amount to €60 million. Granted, because of COVID-19, Juve negotiated paying €3 million this year, €7 million the next and €40 million more to make him permanent, while there is also €10 million more depending on add-on fees.  This method of payment is utilised due to the COVID-inflected situation, thus far he seems to be worth every penny as he is calming any initial doubts about the fee.

Chiesa doesn’t look like a new signing coming from a mid-table Italian club going to the big wigs of the country, he is playing like a promising young prospect ready to take the reins and spearhead a new era. If it is to be Pirlo staying at the helm to usher in a younger generation, he will look to the thriving Chiesa to be quintessential.

When Juventus crashed out in Porto, the anticipation before the game was that Cristiano Ronaldo would do what he does in the Champions League, arrive, see and conquer. The man who made sublimity a regularity would save the situation his club was in again. Instead, it was the young Chiesa carrying the Italian team’s hopes, with a brilliant brace first with an accurate shot lashed in the top corner and then a header at the back post with a drifting inside run from the left channel.

Chiesa scored all three of Juve’s goals in the two legs, perhaps unveiling a glimpse into the future and a passing of the torch moment. The Italian could be the one to shoulder large portions of the responsibility to be the go-to man in the future. He currently has 12 goal contributions in 20 league games for Juventus, with 6 assists and 6 goals. But it is not just in his goal contribution return that Chiesa has aided the team; he has an admirable work ethic when Juventus are without the ball, a 56% success rate in tackles for a winger is impressive.

The 23-year-old attacker understands the need to track back which many attack-minded wingers in particular fledgling one players don’t comply with. He has a fabulous tenacity in taking players on regardless of where he is on the pitch he enjoys committing opposition. Despite being a relatively new Bianconeri attacker there is fearlessness he possesses when dribbling, whilst not having the cocksure swagger of someone like Jack Grealish with the ball his first intention is to drive at defenders, taking them on out wide and putting crosses in.

Chiesa’s ferocious pace and awkward physique mean he can wriggle past defenders. He resembles that irritating opponent in 5 a side match, he wriggles past you with pace but you can’t put your finger on how even if you’re stronger than him. There isn’t much dilly-dallying on the ball from Chiesa, his direct approach coupled with improving decision-making is something many young forwards lack today.

His versatility is a huge asset for Juventus, as he can play on the right or left being usefully both footed. Deployed as an attacking right or left-winger, and also able to drop deeper as a defensive right or left midfielder displaying his defensive ability when needed. He has also been deployed as a second striker or dropping just in behind the forwards as he has enjoyed doing in some games this year, occupying the half-spaces on the inside left drifting in behind Cristiano Ronaldo and Álvaro Morata.

The pick of his goals this year have been from outside the penalty area, whether against Atalanta or AC Milan his shots arrow into the net with precision and measure, 19 of his 45 shots this year have been on target. In 23 league games, this means Chiesa is hitting the target in one of two of his shots, he is working to make his attack more concise.

As well as the Porto game, the fixture vs Milan sticks out where Chiesa was stood up and counted. Theo Hernandez has been one of the best fullbacks in Europe this year and against Chiesa he made sure his presence was felt with some tough early tackles, even kneeing him in the back as they dueled aerially, as Hernandez attempted to rattle the young forward. It didn’t work.

Chiesa was a threat throughout resulting in a brilliant brace. His first goal tellingly exposed Milan’s inability to cover when Hernandez attacks, capping off a brilliant Paulo Dybala backheel assist. Chiesa’s second was a laser precision shot on the edge of the penalty area shot which Juventus fans will hope to become customary.

In terms of the national team, Roberto Mancini has turned Italy around after not qualifying for the 2018 World Cup. Italy have a swathe of attacking options in Lorenzo Insigne, Domenico Berardi and Andrea Belotti, that is not to mention Ciro Immobile whose club form never seems to translate for the national side. Chiesa could certainly challenge for a place and give Mancini an extra dimension, joining the crop of outstanding youngsters the Azzuri possess such as Nicolò Barella, Alessandro Bastoni and Manuel Locatelli.

Chiesa’s versatility means whether Juventus choose to keep or part ways with Ronaldo or Paulo Dybala he is equally important in both situations, he is as versatile in his positioning as he is with his importance. The fanfare and trepidation with his arrival have been answered by his temperament on the pitch, unafraid and playing with confidence unbothered with his price tag, he plays like Juventus legends of old.