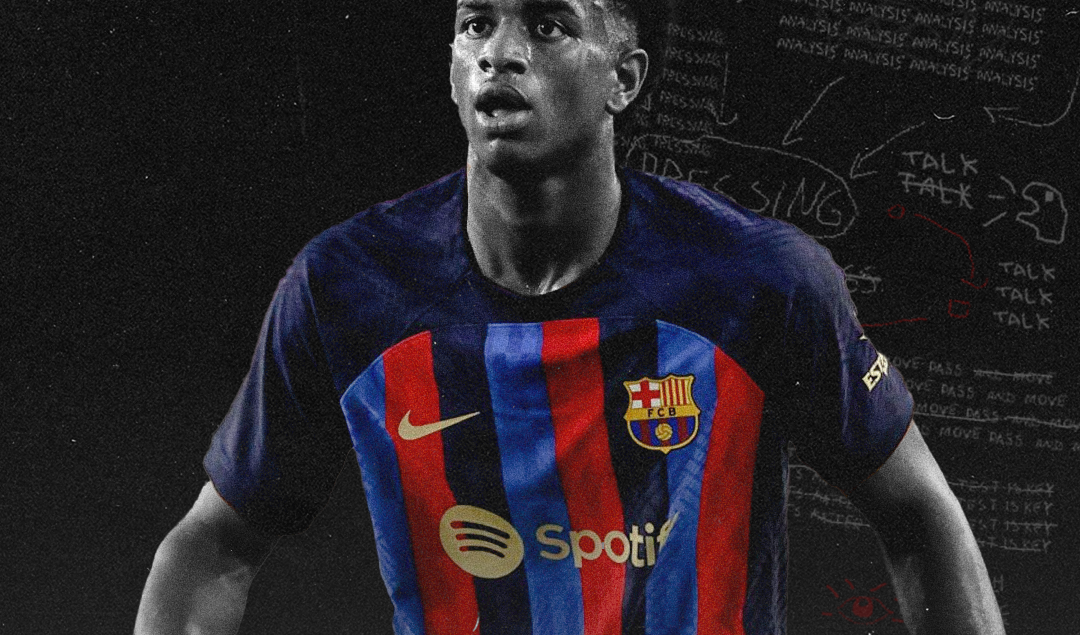 FC Barcelona’s finest era in the club’s 123-year history came between 2008 and 2012, when a host of La Masia graduates including Lionel Messi, Andrés Iniesta, Sergio Busquets and Xavi Hernández impressed in a Blaugrana side that won two Champions League titles and three La Liga titles under Pep Guardiola.

The Catalan club’s representatives – under the presidency of Joan Laporta – have once again trusted their academy gems, giving a handful starts to the likes of Pablo Paez “Gavi”, Nico Gonzalez & co, due to the club’s financial crisis (and thus, fairly limited squad options) but especially due to the aforementioned youngsters’ outstanding talents.

In the same context, Spain’s U19 international left-back Alejandro Baldé has also earned himself some first-team game-time during the last campaign under the lead of Ronald Koeman, then Sergi Barjuan followed by Xavi Hernandez, including a fantastic cameo against Bayern Munich in the Champions League group stage.

This game saw the highly-rated 18-year-old dazzle with his confidence, sliding in between the German side’s defenders with some impressive back-to-back successful dribbles and progressive carries to the final third, offering much more than almost Barcelona starters in that game, leaving some quite positive impression within Barcelona’s community.

Later in the season, Baldé has made it to http://Goal.com’s NXGN 2022, a concept in which figure the 50 best talents around the world who are born after 2003. Alejandro has ranked 35th, as the 2nd best left-back on the list.

For now, the backup role of club veteran Jordi Alba is still vacant, while Barcelona are reportedly interested in bringing Chelsea’s full-back Marcos Alonso to fill that gap.

For their part, the Blues are said to be valuing their experienced defender at no less than £12-13 million, despite him having only one single year left in his current contract. Barcelona are yet to make a concrete move for the Spaniard.

“This is where the plan of Baldé comes in,” Sergio Marquina, aka El Professor, from La Casa de Papel series would say.

Alejandro Baldé, either during the limited chances he’s got this season or during the current pre-season friendlies, the La Masia graduate has been sending some clear messages to the club’s technical core, making himself heard that he can be a serious option to consider as Jordi Alba’s deputy, and gradually replace the 33-year-old. After all, Canada international Alphonso Davies has imposed himself as a regular starter with Bayern Munich, at only 19 years of age.

In fact, Alejandro has numerous similarities with Davies, especially in the way he is relying on his speed, explosivity and work-rate to dominate the left flank, but it is worth mentioning that Baldé is nowhere near to be as physically strong as the North American defender.

While his 188 minutes played in La Liga and 21 minutes played in the Champions League are not enough to get an in-depth look at the player’s statistical numbers, this data may serve at least to get you a general idea of the youngster.

He is a fairly good dribbler, and most notably a great ball progressor, highlighted by his 42.9% successful dribble percentage and 180.4 yards as distance covered controlling the ball per 90. That last part is also high due to the fact of him making separate cameos instead of getting full games, but it still gives a glimpse on the player’s capacities.

Baldé has a decent, strong and precise shooting from long distances, but he doesn’t attempt much often. In terms of crossing, he averages 0.4 crosses per 90 (33.33% successful) in La Liga, one of his crosses has turned out to be an assist for Raphinha’s Barcelona debut goal in pre-season against Inter Miami.

The Spanish teenager has all the tools to become a quality full-back, but the player still doesn’t know how to use his offensive qualities to the fullest, as he sometimes prefers to play it too safely, passing the ball backwards whenever he gets to the final third, wasting his ability to make himself a constant threat for the opposition’s defence.

This is very logical and understandable for a player of his age, especially one that doesn’t get enough chances to play, so he doesn’t want his performances to be first remembered by him losing possession plenty of times.

After losing out on Marc Cucurella and Alex Grimaldo in recent years, Barcelona could do well to avoid their previous mistakes and trust in a homegrown left back to compete with Jordi Alba as opposed to signing someone like Alonso, who is just two years younger than Alba at 31.