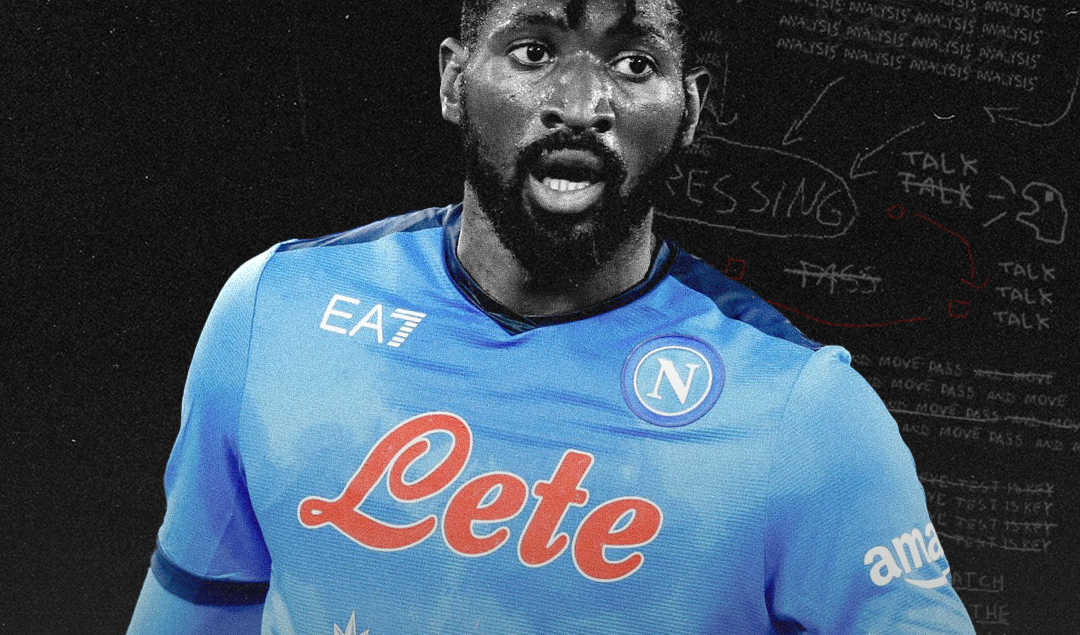 After impressing at Marseille and Villarreal, Andre-Frank Zambo Anguissa has taken to the Serie A like a duck to water since joining Napoli on loan from Fulham.

His first start came just days after joining the club and was sent straight into the deep, at home against bitter rivals Juventus. Anguissa was flawless, watching that game you would never think he had been with the squad for only a matter of days.

The Cameroonian midfielder was up against Juve’s big-money summer signing, Manuel Locatelli, and absolutely played him and the rest of their midfield off the park. Zambo was instantly a fan favorite in Naples.

Napoli had a very quiet transfer window, having been linked with so many names and seeing all of those players go elsewhere, there was a level of disappointment at the inactivity.

However, everything happens for a reason and a deadline day gift, a loan deal for the Cameroon talisman was the blessing Napoli had been praying for and exactly what the Neapolitans needed to boost their title aspirations.

Zambo provided a spark that many didn’t know he could bring. Arriving in Italy from relegated Premier League club Fulham, he was relatively unknown.

Fans had no idea they would be getting the most beautiful mixture of incredible footwork, ball control with the ability to win the ball back to go along with being a robust physical presence in the middle of the pitch.

It makes no sense; a human being so physically dominating shouldn’t be so good on the ball to the point where they lead the team in successful dribbles. That is normally true, but not for Zambo Anguissa.

Anguissa started 11 straight games for Napoli to begin his career in the south of Italy. Napoli had a historical start to the season, they picked up 29 out of a possible 33 in their first 11 games and Anguissa was a huge part of that.

The 26-year-old then missed 3 games with injury and his absence was greatly felt, with Napoli only managing one win in those games. Upon his return from injury, Anguissa was put straight back into the line-up, but he wasn’t himself.

Clearly still carrying an injury, Napoli continued to struggle, losing 2 of the next 3. It was becoming increasingly obvious that Napoli needed Anguissa to be his best for them to perform at their best.

Since Allan’s departure to Everton, Napoli have been looking for a player in the middle of the pitch to break down the opposition play and help start attacks of their own. Anguissa does that but he brings a completely different element that Napoli are not used to.

As well as helping win the ball back, his ability to break the lines of the opposition with his powerful running and nifty footwork allow Napoli to create uneven matchups in their favour once they get to the final third.

Anguissa is press resistant, even if there are 2 or 3 players on him trying to get the ball off him, he finds a gap and beats the press relatively easily on a consistent basis, again allowing Napoli to have a numbers advantage higher up the pitch.

His ability on the ball as well as his ability off it make him a rare player that is destined for greatness in the world of football. It seems only a matter of time before Napoli exercise their €15 million option to buy to make the deal permanent.