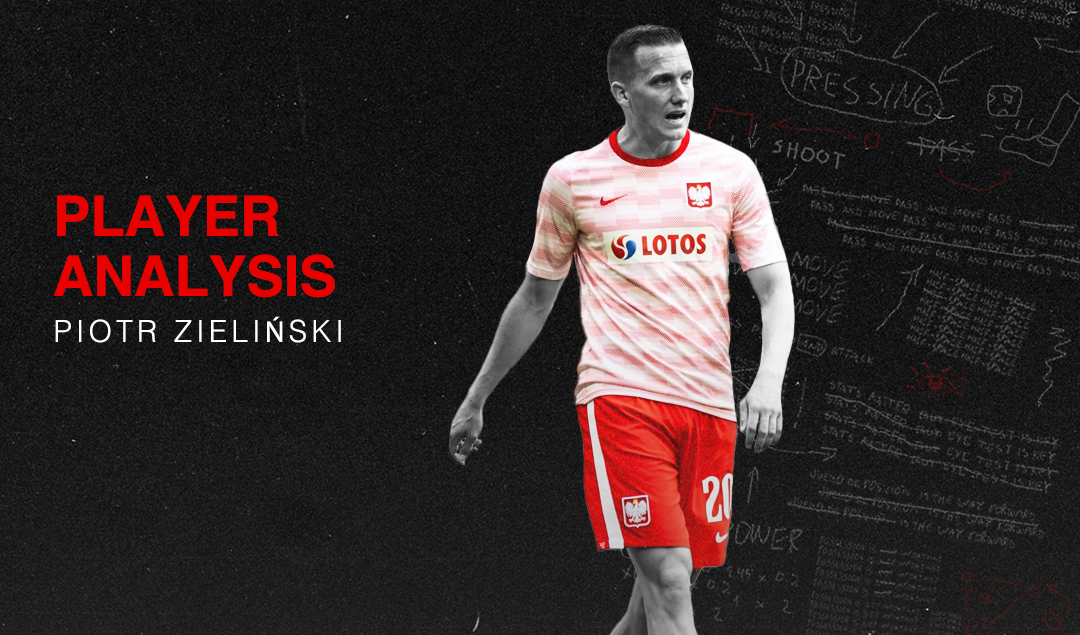 Poland will be opening its Euro 2020 campaign on June 14 when it faces Slovakia at the Krestovsky Stadium in St Petersburg, Russia and naturally most of the attention will be on star striker and captain Robert Lewandowski. Although the Bayern Munich striker has been scoring goals at an outstanding rate, one of the Biało-czerwoni midfielders will be just as eager to make his impact at the European Championship and bring his influence to the Polish squad.

27-year-old attacking midfielder Piotr Zieliński will be expected to operate behind forwards Lewandowski as well as Jakub Świerczok and he arrives at Euro 2020 on the back of his best season with Italian club Napoli. Throughout the 2020/21 Serie A campaign, the Polish playmaker scored a career-high eight goals in 36 matches. He also supplied 10 assists for the season, also the best tally for his career and equal third in the Italian league Henrikh Mkhitaryan from Roma and Juan Cuadrado of Juventus.

Zieliński benefitted immensely from a change in position at club level when Gennaro Gattuso was coach of the Partenopei. Under Maurizio Sarri, the Polish international would often come off the bench and he would play as either a left-winger or a left central midfielder in the 4-3-3 formation depending on who he replaced on the pitch. During Carlo Ancelotti’s tenure as the Ciucciarelli tactician, the Pole operated as a left midfielder in the 4-4-2 formation.

Gattuso utilized Zieliński as the central attacking midfielder in the 4-2-3-1 formation, providing the playmaker more room for his creativity to flourish and allowing him to get into better scoring positions. Arguably his best performance of the season was in the 4-1 victory away to Cagliari in Week 15 of the Serie A campaign, where he scored twice. He opened the scoring against the Isolani with powerful left-foot shot from the D that hit the roof of the net.

His second goal to regain Napoli’s lead was also technically superb. Right-back Giovanni Di Lorenzo supplied a low cross to the Pole in penalty area, who took a heavy touch with his left foot. Zieliński then took a deft touch with his non-preferred right foot to beat a defender and he smashed the ball into the net with his third touch.

Perhaps his most aesthetically pleasing goal was in the 4-2 defeat away to Atalanta in Week 23, a match in which he wore the captain’s armband. Matteo Politano hit a long pass into the box, and as the ball was about to land, the Polish international hits a splendid volley with his right foot.

Before Napoli acquired him in the summer of 2016, Zieliński was owned by Udinese and he was a teammate of Bruno Fernandes. The duo were in the same squad during the 2013/14 campaign before the Pole spent two seasons at Empoli and the Manchester United and Portugal midfielder claimed that his Polish counterpart is a more gifted player than he is.

“Technically, I can say that Zieliński is better trained than I am,” Fernandes said to Canal Plus Sport in May. “We had a good challenge. I think in the past, Zieliński was actually a bit shy. He was really young then, just like me, at that time. However, we came from different countries, different mentality, and it was different for both of us.”

“I have a really good relationship with Piotr. He’s a top guy, I like him a lot. He is one of the people I met in Italy with whom I am in touch all the time. I spoke to him a few months ago and told him that I would like to play with him again. So, who knows what the future has waiting for us. For me, he is a really, really top player.”

An Analytical Look at Bruno Fernandes in Possession

That was high praise from Fernandes, who is expected to play a key part for Portugal as it tries to defend its European crown. Meanwhile, the Poles will be hoping that Zieliński help improve on their quarter-final elimination at Euro 2016. Despite his impressive performances for Napoli, the attacking midfielder has struggled to reproduce those type of performances for Poland.

In 60 matches for his country so far, he has scored seven goals and provided 11 assists, but three of those goals came in his first seven caps in 2013. Poland coach Paulo Sousa will be hoping that the Napoli midfielder can replicate his form at club level for the national team and provide more creative spark throughout the tournament.

“Zieliński is an exceptional player,” Sousa told The Guardian in early June.  “He sees everything. He perfectly feels the space between his teammates and the opponent. He has an amazing sense of timing and pitch geometry. He can slow down or speed up the game with one pass. He is a beautiful footballer. Sometimes he just needs a little more adrenaline.”

Zieliński did score in Poland’s last friendly prior to Euro 2020, scoring his team’s first goal in a 2-2 draw against Iceland. He only featured in the first half but it was still an important contribution. The Biało-czerwoni will play against Spain as well as Sweden in their remaining Group E matches and progressing beyond the group stage will not be the easier of tasks.

La Furia Roja have a new generation of players in their squad but they will be expected to dominate games under Luis Enrique while the Blågult under Janne Andersson will be a tough team to break down. The likes of Karol Linetty and Mateusz Klich will provide the industry in midfield, and Grzegorz Krychowiak will be expected to dictate the play from deeper positions, so it will be up to Zieliński to either make the most of limited chances or discover space where there does not seem to be any.

Lewandowski is the clear standout of the Polish squad, but if there is anyone capable of taking the creative and scoring load off him, it is the Napoli midfielder. If Zieliński can supply Lewandowski and the other strikers with plenty of chances to score, Poland can progress far at Euro 2020 and be a fun team to watch.