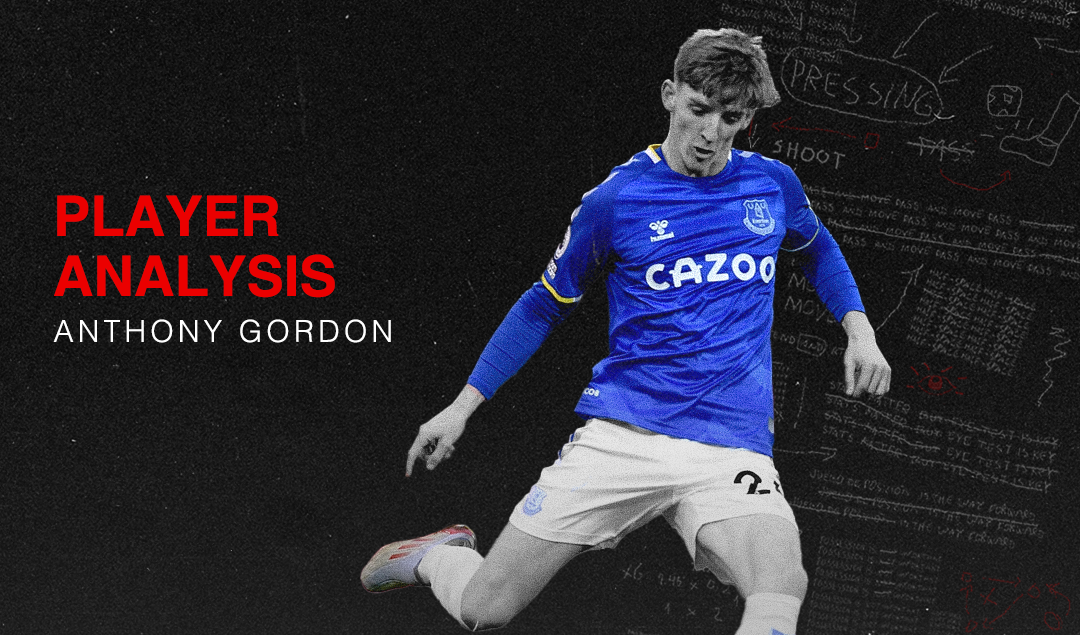 On a moody Saturday morning at Goodison Park, Steven Gerrard and his re-invigorated Aston Villa side buzzed around an unenthused Everton, still rocking from their messy split with Rafa Benitez. By the end of the first half, Villa were 1-0 up.

It could have been more, they mustered seven shots to Everton’s none. To rub salt into the already infected wounds of the Blues fans’, a Liverpool legend was controlling the game from the opposition dugout, and their former captain, Lucas Digne was now sporting claret and blue. It could only be true that the Frenchmen would grab the assist for the goal.

The game finished as it was at half-time, but the 2nd half brought hope to Evertonians, if nothing else. They amassed 15 shots, an infinite amount more than they’d managed in the first half. Of course, it’s only natural for a losing team to come out in the 2nd half all guns blazing.

However, the introduction of Anthony Gordon, 55 minutes into proceedings was the true catalyst that drove Everton forward. Despite only entering the field for 35 minutes, Gordon created more chances (4), attempted more crosses (10), and made more passes into the opposition box (9) than any other player.

This match encapsulated Everton’s season so far. Uninspiring and lateral. The reign of Rafa Benitez has created a paradoxical mix of despair and apathy. The one spark is the hope that Gordon has provided Everton fans with. Like a blue phoenix rising from the ashes of the ruins of Benitez’s Goodison reign.

Gordon broke through into Everton’s first team during the 2019/20 season, with the majority of his minutes coming after the Covid break. Last season he was shipped off to Preston, although he struggled to break into the team after a managerial change. Fortunately for Everton fans, Gordon managed to mould the experience to his own benefit.

So far this season, Gordon has largely been deployed on the right-hand side, competing with Andros Townsend. On the wing, the 20 year-old is a willing runner, stretching the opposition full-back up and down the channel.

Despite this, he only ranks in the 61st percentile for Premier League wingers for progressive carrying distance. Yet, Demarai Gray is the only Everton player that has carried the ball further than Gordon’s 115 yards per 90.

Interestingly, Gordon ranks in the 31st percentile for Premier League wingers in progressive carries per 90. This indicates that Gordon carries the ball infrequently, but when he does, he is capable of lung-bursting runs to drag his team up the pitch.

This is down to two factors: firstly, Gordon is still a player maturing into Premier League football. Particularly towards the beginning of the season, he often passed backwards, rather than carrying the ball forwards.

Secondly, it’s difficult to critique one single player, when the entire Everton team under Rafa Benitez, was more focused on protecting their own goal, rather than attacking the opposition’s.

When Gordon is in full motion, he is a powerful runner, using his speed to gain a yard on the opposing full-back, before crossing the ball in. However, he can also be dangerous in static scenarios.

Gordon possesses great technical skills on the ball and a dexterity that allows him to slalom out of blind alleys. He is performing a nutmeg on average one every three matches. It’s not a reliable barometer of someone’s dribbling talent, but it goes to show the comfort and confidence that Gordon has when in possession of the ball in tight spaces.

Against Aston Villa, we saw a more impactful asset of Gordon’s ability: his crossing. He chipped a floated ball that Richarlison headed over, a deep curling corner that nearly ended in Ben Godfrey scoring.

Most impressive was his whipped ball on the run, straight into the path of Dominic Calvert-Lewin, only for the striker to complete the hat-trick of misses. Gordon relies on crossing to be his main avenue of chance creation. He completes 0.59 crosses into the penalty area per 90, a figure in the top 16% of Premier League wingers.

Being deployed on the side of his favoured foot, and using a quick turn of pace or skill to beat the defender, Gordon typifies a throwback winger. Atypical of the inverted wingers sprouting up throughout the Premier League, the Englishman favours fizzing a ball across the box, rather than cutting inside to open up differing avenues of attack.

For all the good work that the Englishmen does at crossing the ball, there is still room for improvement in his combination play. Currently, Gordon is only completing 22 passes per 90, along with 1.28 passes into the final third.

These metrics place him in the bottom third for passing ability for Premier League wingers. Whether it’s his effusive style of play, or lack of experience in top flight football, Gordon is not yet capable of creating chances purely off passing combinations. Passing with greater tempo and rhythm would only increase the array of threats that Gordon can offer Everton off the flank.

Gordon grabbed both of his goals of the season in Everton’s 3-2 defeat against Brighton. The first was down to his willingness to cut inside on his left in an attempt to open up different avenues of attacking. The second was down to him taking intelligent positions in the box.

But his overall attacking threat is minimal. He’s only managing 3.64 touches in the opposition box this season. Fortunately, working under Frank Lampard, one of the Premier League’s great late arrivers into the penalty box, will only help young Gordon to increase his chances of scoring more goals.

Being a local lad, it’s unsurprising that Gordon is a kind of blood-and-thunder player that the Goodison Park crowd crave. Since the exit of David Moyes, the Toffees have been infected by something of a soft touch. Fortunately, that’s not the case under Gordon.

Despite his age, and slight frame, the Englishmen is more than happy to get stuck in. In fact, it’s something he relishes. Gordon has won 1.47 tackles, 2.36 blocks and 1.77 interceptions per 90. These figures make him one of the league’s best tackling wingers. Presumably, that’s part of the reason for his success under Benitez, but these are invaluable assets under any manager, for any team.

Since Everton’s painful defeat to Aston Villa, they’ve replaced Duncan Ferguson with Frank Lampard, Dele Alli and Donny van de Beek have bolstered the club’s midfield options. Additionally, Anwar El Ghazi is now available for selection after being unavailable to play against his former club. What does all of this change mean for Gordon?

Lampard has grown a reputation for giving young players a chance. Mason Mount, Fikayo Tomori and Reece James, to name a few, all progressed their games under his tutelage. The expectation is that Lampard will have a similar effect on Lewis Dobbin, Jarred Braithwaite, Nathan Patterson, and of course, Gordon.

The arrival of Alli and van de Beek shouldn’t harm Gordon’s minutes either, with both signings likely to operate more centrally.

The one issue for the Englishman is the arrival of El Ghazi. But Lampard’s focus on young players, and the fact that the transfer was completed before the arrival of the new manager tips the balance into Gordon’s favour.

Everton fans will be pleading with Lampard that Gordon continues to get minutes in the Premier League. The youngster still makes poor decisions in his passing, and offers a minimal goal threat for a wide player.

Nevertheless, the effusive and energetic style of Gordon’s play, and his masterful crossing ability seems tailor-made to serve Calvert-Lewin. If he maintains his recent form under Lampard, then Merseyside’s blue phoenix will continue its ascent.