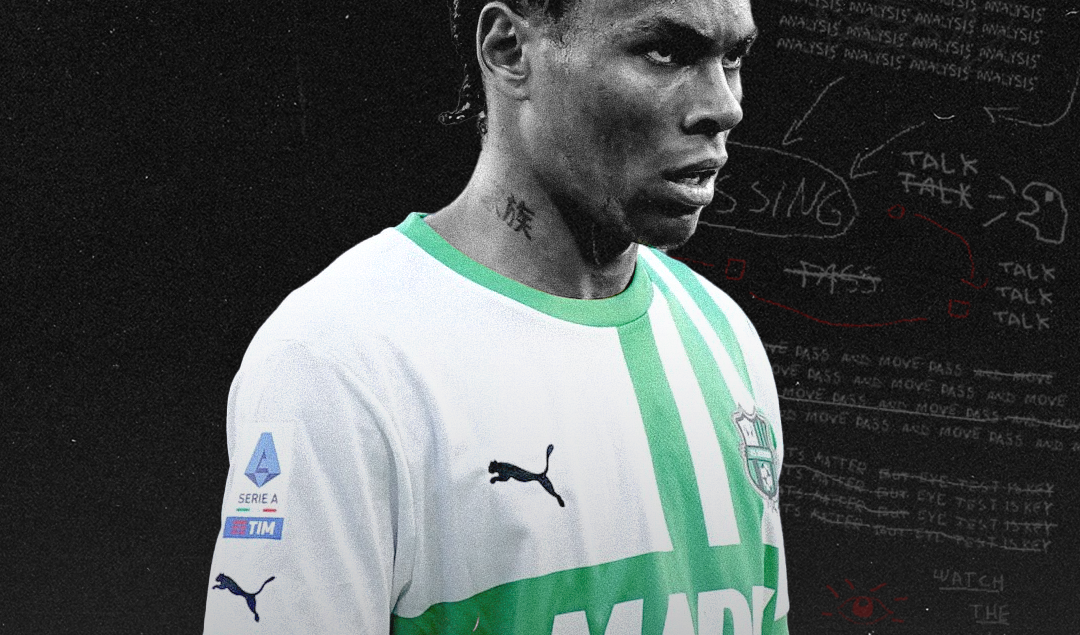 When Sassuolo lost Gianluca Scamacca, Jeremie Boga and Giacomo Raspadori in the summer of 2022, you would forgive the fans if they believed the attacking spark that they’ve been known for under Roberto De Zerbi and Alessio Dionisi to be fading. However, the performances from Armand Laurienté, who was captured from Lorient late that summer, have reignited that exciting flame for the Neroverdi faithful.

Serie A is starting to be the nurturing home of the promising, dynamic, superstar potential wingers, with the likes of Khvicha Kvaratskhelia, Rafael Leão and Federico Chiesa all spearheading the revival of the league amongst its elite European compatriots. Laurienté is another player enjoying the importance of value placed on the modern versatile forward.

Laurienté’s Early Beginnings: From Ligue 2 to Serie A

Born in the northeastern suburbs of Paris, Laurienté’s youth footballing career wasn’t much documented. Spending the more prominent years of his progression in Rennes’ setup and eventually being awarded his first professional contract with the club in the summer of 2018, and was immediately loaned out that window to Ligue 2 side Orléans. That loan was as fruitful as Laurienté and Rennes would’ve expected, despite the above production at his time there — 3 goals in 12 appearances — another loan was needed.

The following season he was loaned out to Lorient. And despite the drop-off in productivity, the upturn in performances was beneficial. Lorient were impressed by the talent they borrowed and made a move permanent for what seemed a substantial amount — €3,000,000 — but would prove minimal in the future. In 21/22, he formed one of Ligue 1’s most exciting frontlines alongside Dango Ouattara and Terem Moffi, with the trio combining for 18 goals and 8  assists.

The performances of the three, plus players like Enzo Le Fée, earned interest from various sides around Europe. And despite Enzo Le Fée, Dango Ouattara and Terem Moffi starting on for another season, Laurienté was tempted by the move to become a more focal point of a side, and a move to Italy done that — Sassuolo specifically.

In his first six months, Laurienté has established himself as one of the few players in this struggling Sassuolo who should be playing at a higher level. At the international level, he has featured once at the U-21 level but is yet to make waves. He has attracted the interest of Arsenal and Napoli, league leaders in their respective leagues.

At Sassuolo, he has played his part in an attacking quartet alongside vice-captain Domenico Berardi, attacking midfielder Hamed Traorè and a plethora of centre-forwards like Andrea Pinamonti, Agustín Álvarez and Grégoire Defrel. Armand Laurienté is an artificial modern-day wide forward. As stated before, his skillset should be grouped amongst Italy’s top wide men.

The Frenchmen’s profile has blended in nicely with the current Sassuolo frontline. His abilities off-the-ball have benefited the more ball-to-feet profiles in that frontline. Often stretching the opposition’s backline by holding his width on the touchline and being a willing natural runner. Laurienté has developed his understanding of his physical skills and used that to his advantage while playing in Italy.

His ability in isolation situations stands out the most about his game. More often than not, Laurienté will be isolated with his opposition full-back; like many other wingers, his close control and dribbling make him an even more desirable attacking outlet, an ability that places him as the best in Europe. At the time of writing, his 2.99 dribbles completed per night rank first in European football. The video below emphasises the profile of player he is:

However, his dose needs more consistent decision-making and composure when he does enter the opposition box. You would likely come with age and experience, but considering his profile and the type of chances he generates by himself, you would ideally want a more composed individual for the next level. He tends to rely heavily on his right foot, and when entering the box, the capability to go on the outside and use his weaker foot is not an option he utilises enough.

Another area of improvement needed within the Frenchman’s game to take the step up as a top-level winger is the inconsistency of his ball-striking and shot selection. In the modern game, wide players are expected to be high-level two-way players with — the ability to create and score. He has shown the ability to create for others and himself; he has also demonstrated the ability to generate lots of shots within his minutes — 3.34 shots per ninety ranks in the 93rd percentile for wingers amongst Europe’s top 5 leagues.

However, the shot generation comes from the lack of understanding of choosing the right shot or having the right finish to score. He tends to shoot early and from range, and he has shown he has the range, but not a consistent level, to be shooting nearly half his shot from range. As seen in the shot map below: 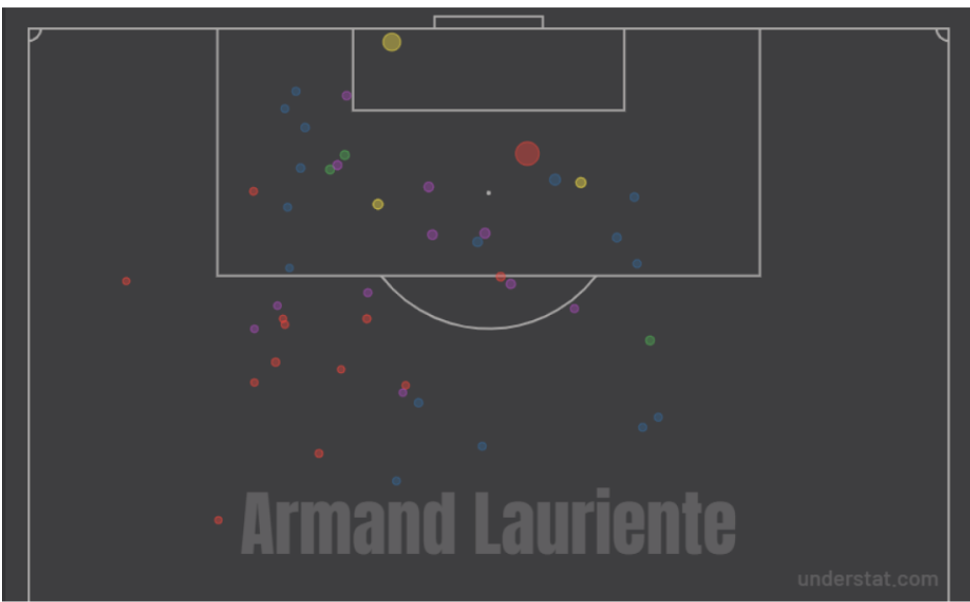 He has drawn comparisons to the aforementioned Rafael Leão and the Arsenal wing-pairing in Gabriel Martinelli and Bukayo Saka — not a bad couple of players to be compared to. These comparisons have come due to the potential combination of his physical and tactical profile, which many deemed elite for a winger. The ability to combine his dangerous ball-carring and dynicamic running makes him a direct threat at all times.

So, What’s Next for Armand Laurienté?

It’s not often a player outgrows his new club within six months, but it would be unfair to say that Laurienté shouldn’t be playing at a higher level domestically than the 17th place his club currently occupies. It’s unlikely a squad as talented as Sassuolo will get relegated from the top flight, but the short-term future faces severe uncertainty as a club, let alone the long-term.

And considering the level of interest Laurienté is already garnering six months into his arrival, there will only be more clubs interested, given the underwhelming nature of his current club nature. Despite his immense potential on-ball, he still needs guidance on the other aspects that make an elite winger. With the calibre of elite wingers growing at an incredible rate, Armand Laurienté provides an option to look at those that may not be on the level yet, but with the proper guidance, no reason he shouldn’t.