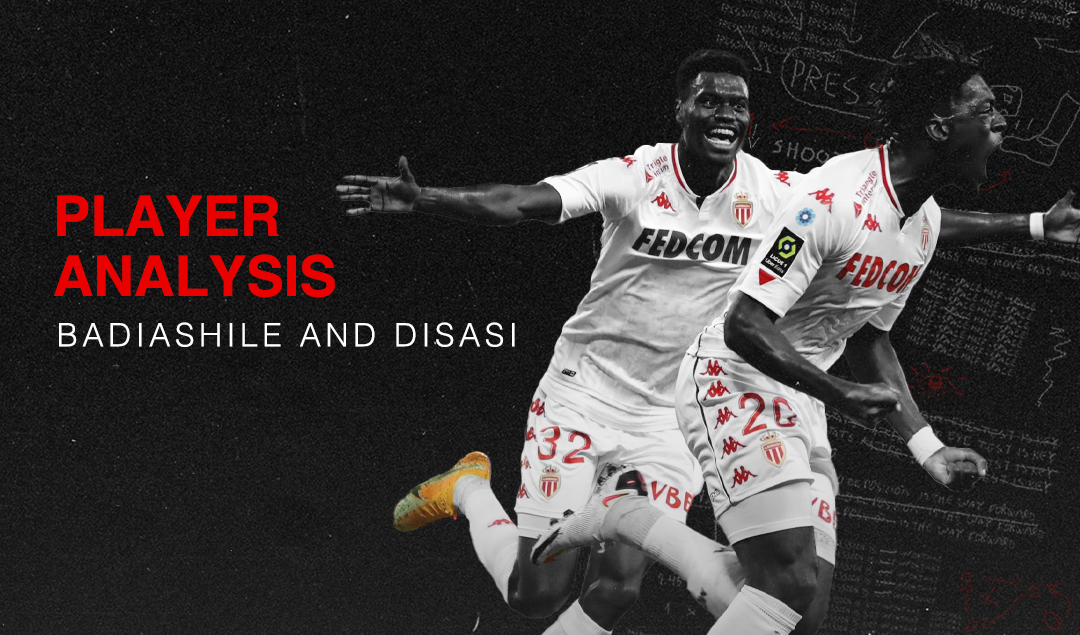 France. Baguettes, croissants and centre-halves. Just three things they do exceptionally well. The latter is the focus today, and my word, do the French produce quality centre-backs.

Perhaps best epitomised by the fact that Aymeric Laporte is still yet to have a senior cap to his name, the abundance of centre-half talent that France possess is quite simply mind-blowing. Raphaël Varane and Presnel Kimpembe are the most common partnership at the back for Les Bleus, but their strength in depth belittles even the best in Europe.

Two of their best young talents currently ply their trade for AS Monaco, and both Benoît Badiashile and Axel Disasi need to be on your radar. Disasi may have lost his place to Guillermo Maripán in the last few games, but the former Reims defender has started over double the amount of Ligue 1 games that the Chilean has this campaign, and was crucial in the early stages of the season.

For the majority of 2020/21, it’s been a partnership of Badiashile and Disasi, and whilst the defence hasn’t been completely watertight, they’ve both shown their class. Arguably the most unique subtlety to their pairing is the fact they’re both under the age of 23; not many in Europe can boast having two young centre-backs getting regular minutes, but Les Monégasques can.

Badiashile, a product of the club’s academy, has been at the club since 2016, and is into his third season in the first-team, with over 50 appearances for the senior team at just 19. Those numbers are staggering for someone who plays at the heart of defence, and it indicates the trust that Badiashile’s potential deserves. 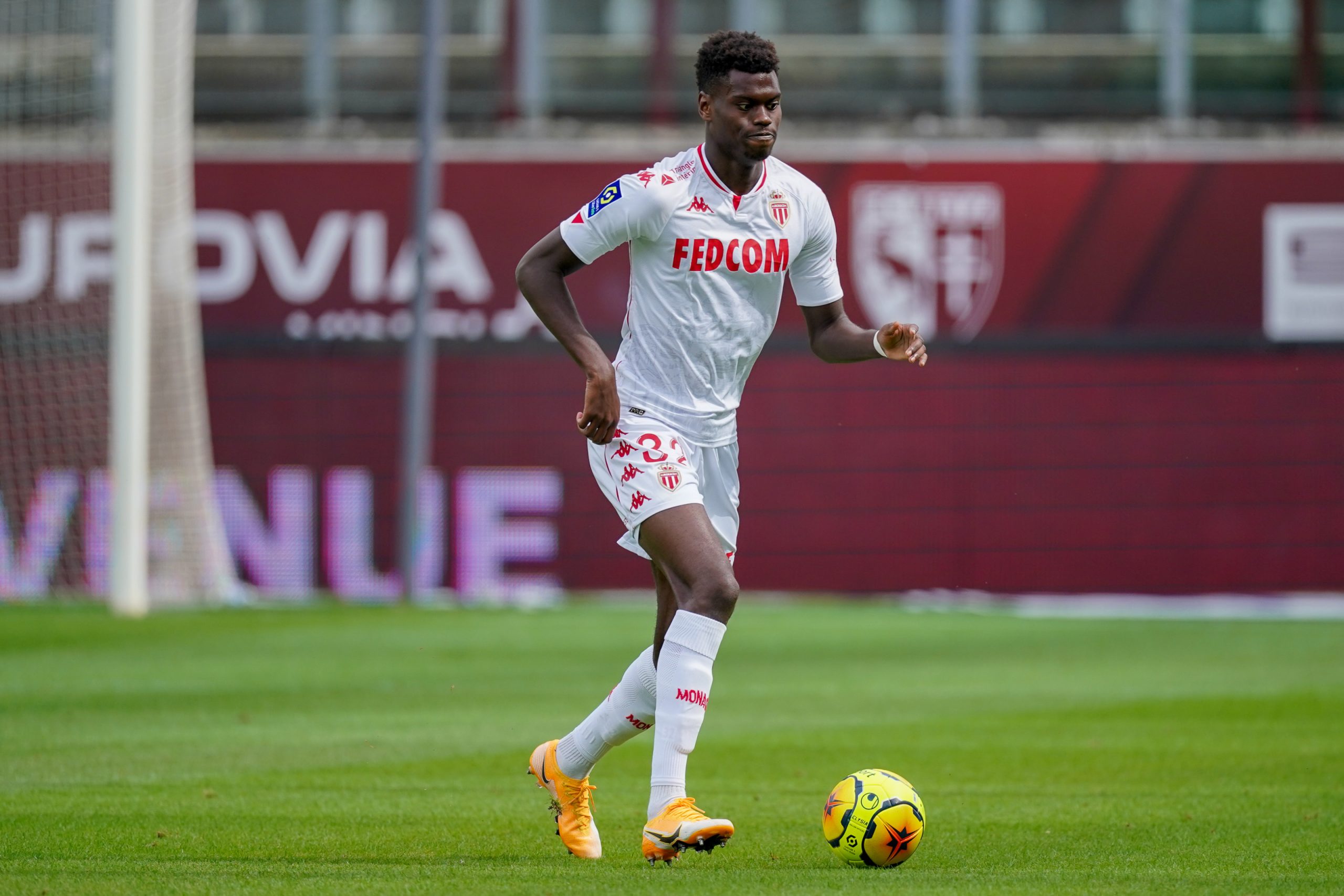 In fact, the aforementioned Varane had made just 23 Ligue 1 appearances for Lens before Real Madrid swooped for his signature when he had just turned 19, and take a look at his success in the game. I’m not suggesting that Badiashile will surpass the legacy of Varane’s trophy-laden career, but he most certainly has time and talent on his side.

The left-footed defender was thrown into the deep end at Monaco, with his debut coming in a 4-0 drubbing by Paris Saint-Germain aged only 17, but he has come on leaps and bounds and was regularly forced to bail out Kamil Glik and Maripán’s lack of pace last year.

His deceptively quick acceleration speed makes up for the few lapses in concentration any young defender has, and his aggression and physicality have ensured the step up from youth football to Ligue 1 hasn’t fazed him one bit. This year, of centre-backs to play at least half of the available Ligue 1 minutes, Badiashile ranks third for aerial wins per 90 with 3.6, and second for accurate long balls per 90 with 6.1; he’s can do both sides of defending expertly.

Only José Fonte betters his 72% aerial win rate, and the Lille defender is 18 years the senior of Badiashile. It’s no surprise that Manchester United were reportedly heavily interested in Badiashile over the summer, and with his physical presence, pace, and reading of the game, expect to see him at a European elite before too long.

Signed for €13 million in the summer of 2020, Disasi was a core part of the Reims backline that conceded just 21 goals in 28 games last season, the best in the division, and was snapped up by Monaco amid interest from Southampton and Roma.

Slightly less dominant in the air than his compatriot Badiashile, Disasi wins 2.6 aerial duels per 90, which is incidentally more than Maripan (2.0), and his ability on the ball is also inferior to Badiashile’s; completing only 3.5 long balls per 90 and maintaining an 86.5% pass accuracy to his teammates 88.1%. 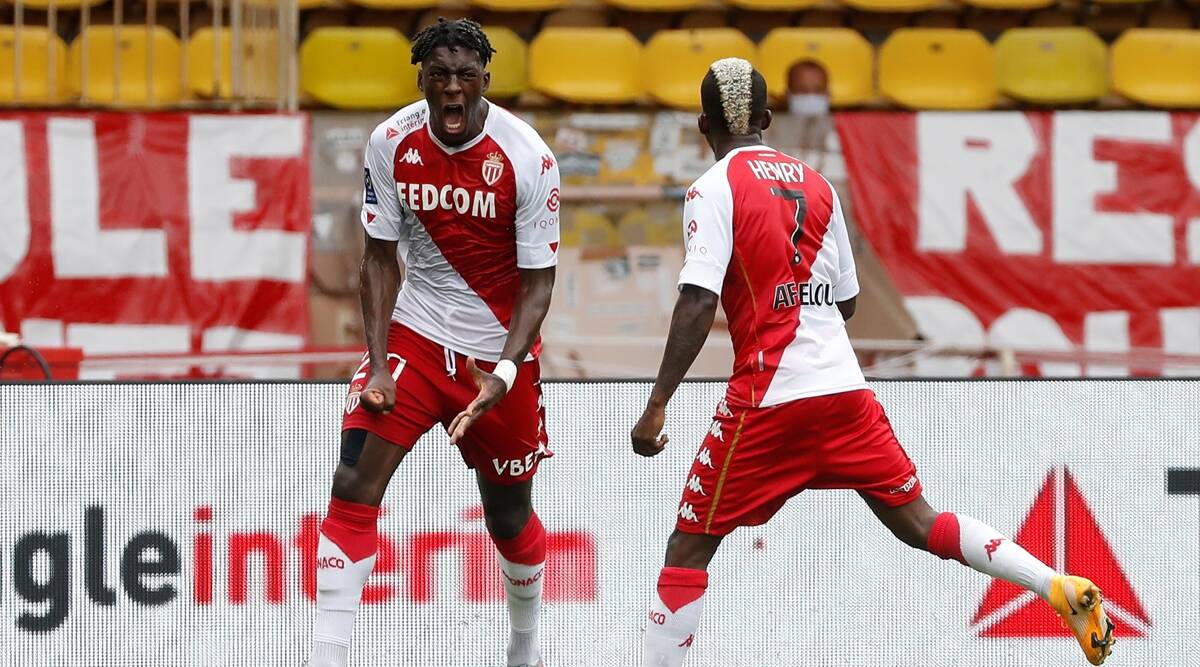 However, despite being dropped recently, Disasi has the full faith of manager Niko Kovač, indicated by the fact that the Croatian made the new signing Monaco’s vice captain despite being at the club for less than six months, and his youthful age. Disasi is the more senior of the two at 22 but has actually played fewer Ligue 1 games than Badiashile, although this was a result of Björn Engles and Yunis Abdelhamid’s strong partnership in Reims’ backline in 2018/19.

A valid argument could be made that Badiashile is the more likely to make the step up to the French national team set-up, but Disasi’s leadership alongside him has been vital for Badiashile’s consistency. If Disasi is to get a move to a regular Champions League side then the one thing he needs to work on is his discipline. He’s received three yellow cards, and two red cards this season, the second of which came after his poor backpass sent Lens’ Ignatius Ganago through on goal.

Whilst this campaign has been a spell of adapting to new surroundings, Disasi has impressed and after excelling last year, he was arguably the most important factor in Reims’ incredible defensive record, big things could be coming the way of the man from the Parisian suburbs.