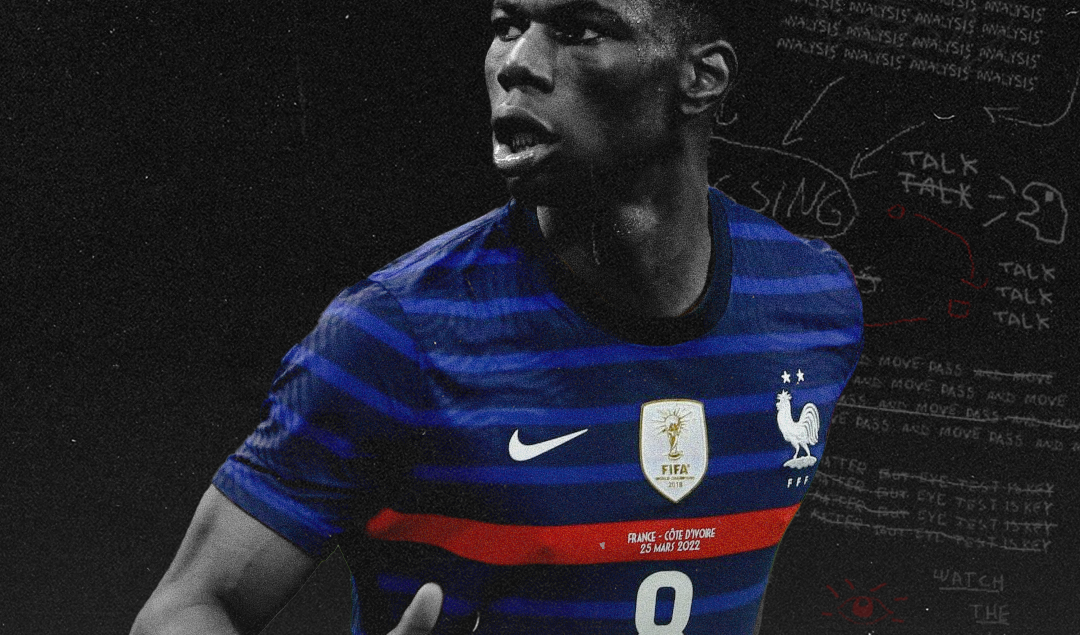 A glance at any Monaco game suffices to understand the derivation of midfielder Aurelien Tchouameni’s nickname, “the Octopus”. He is a ubiquitous presence on the field, whose influence has only grown since Philippe Clement’s arrival in the Principality.

That is not to insinuate to any degree that the French international’s growth had stalled under the tutelage of Niko Kovac, who was unexpectedly relieved of his managerial duties at the turn of the year.

Rather, it is merely to highlight the exponential progress he has made in recent weeks as he has adapted to his new no.6 role with as much ease as an octopus taking to water.

Previously accustomed to a double-pivot partnership, often alongside Youssouf Fofana, but also occasionally young Belgian Eliot Matazo or Jean Lucas, he is now the sole defensive midfielder in Clement’s system.

Tchouameni sought to play down the change when I asked him about his adaptation in the pre-match press conference before Monaco’s Coupe de France semi-final against Nantes.

“My positioning on the pitch has changed, but the instructions have remained more or less the same. I have to be attentive to my defensive movement. I am still developing my versatility, so I am trying to be efficient in each match.”

His versatility has arguably already been proven within a handful of impressive performances in the wake of Clement’s arrival, within which he showcased his full range of his abilities.

As well as achieving a set of season-best statistics on a personal level in a short space of time, he is now also the highest-ranked midfielder in the top five European leagues in terms of ball interceptions with 64.

Statistically, under Clement, Tchouameni has become a more progressive passer. In the Belgian manager’s first game in charge, he completed a season-best 12 progressive passes against Nantes, before going on to break that record just two days later with 14 against Montpellier.

In the same match, he broke his personal records for ball carries, tackles and attempted and completed passes.

Prior to Clement’s arrival on Le Rocher, Tchouameni was seen as more of a metronomic figure within Monaco’s midfield, but he has since added a verticality to his passing that had seemingly been concealed during Kovac’s reign.

This, largely, has been facilitated by a tactical switch. The change of managers heralded a change in formation. Gone was Koavac’s 4-2-3-1, and in came Clement’s 4-1-4-1.

One of those front four, usually Jean Lucas, although occasionally Fofana, plays in a very unconfined, free no.8 role, offering a short, progressive passing option for Tchouameni.

This has allowed the Frenchman to bolster his stats in this department, simultaneously facilitating rapid, vertical transitions, which are at the cornerstone of Clement’s footballing philosophy.

It is no wonder, therefore, that he is already garnering high praise from his new coach, on whom his recent progression has not been lost.

“It is clear that Aurelien has been very important in recent months, and even more so in recent weeks. I think he has become a real leader within the group.”

Indeed, perhaps what makes Tchouameni such an essential cog in Clement’s clock isn’t that set of tangible technical qualities, nor his physique which makes him both an imposing figure as well as a player who can use his pace to make bursting runs, but his intelligence.

Tchouameni’s nickname the “octopus” gives a visual representation of his on-pitch influence, the eight tentacles spread across the pitch, symbolising a ubiquitous player, who refuses to be confined to just one sphere of influence.

Although perhaps more abstract than the much simpler maxim – “71% of the world is covered by water, and the rest is covered by Kante”, it does nonetheless carry the same meaning.

Not so coincidentally, Tchouameni has long since been touted as the man to fill N’Golo Kante’s shoes when the time comes.

That less quippy maxim, rather than emphasising an undeniably high-level physical fitness (that both of them do possess) pays tribute to the players’ developed footballing brain.

What strikes most when watching Tchouameni is his comprehension of when to press, when to position himself between the lines, and when to drop off. Invariably he gets it right.

This intelligence has the invariable effect of making players around him perform better. Recently, this has been facilitated by the aforementioned tactical shift, which is getting the best out of team-mate Axel Disasi. Almost forming a pivot with his centre-back, he is allowing him to show his strengths, whilst concealing his weaknesses.

Disasi is best on the front foot, when he is pushing up aggressively from the back-line, but prior to the change of formation, this often left him exposed, and opponents exploited the space that he vacated.

Tchouameni’s telepathic understanding with Disasi allows him to drop in to fill the space created by the defender’s lurch forwards, meaning that should he fail to win the ball in the press, the threat is still nullified.

What is key therefore to the way that he plays, is his game intelligence, which is indicative of a maturity way beyond his years, and this shows whenever he speaks to the press.

At the tender age of just 22, he has nevertheless been sounded out as a leader of the group by Clement, and when I asked him about this, he was happy to take the compliment, but equally as eager to repay his manager.

“If the coach thinks that (that he is a leader), then I’m very happy about that. He has confidence in me, so I try to repay that.” He then continued, “My leadership skills are something that I need to develop further, but it is quite easy to do that when you’re part of a group that really listens to each other.”

The compliments keep on coming. An impressive recent international break, in which he scored his first goal for the French national side drew high praise from Didier Deschamps, who described him as “complete,” adding that although “he is young, he asserts himself.”

His recent exploits for the national side only raise the profile of a player who is much-coveted across the continent.

RMC have recently reported that Real Madrid and Chelsea are the favourites to secure his signature, although it isn’t out of the realms of possibility that more clubs enter that race. And why wouldn’t they? Wherever he goes, he is likely to become the cornerstone of their midfield for years to come.

Whoever does land Tchouameni will have to dig deep into their wallets to do so. When questioned about the Frenchman’s price tag in December, AS Monaco’s Sporting Director, Paul Mitchell said that, “Things in Monaco are expensive. Let’s say that Tchouameni is as expensive as the Grand Casino (in Monaco).”

Nonetheless, there is an expectation that this season will likely be his last in the Principality, his former coach, Kovac was realistic about this before he departed the club, consigned to losing him in the future, he emphasised the importance of enjoying his talents whilst they still could.

When it comes to Tchouameni, the temptation to resort to bloated, hyperbolic declarations is strong, and without succumbing to the urge to do so, it is nonetheless impossible to see him doing anything short of flourishing at his next destination.