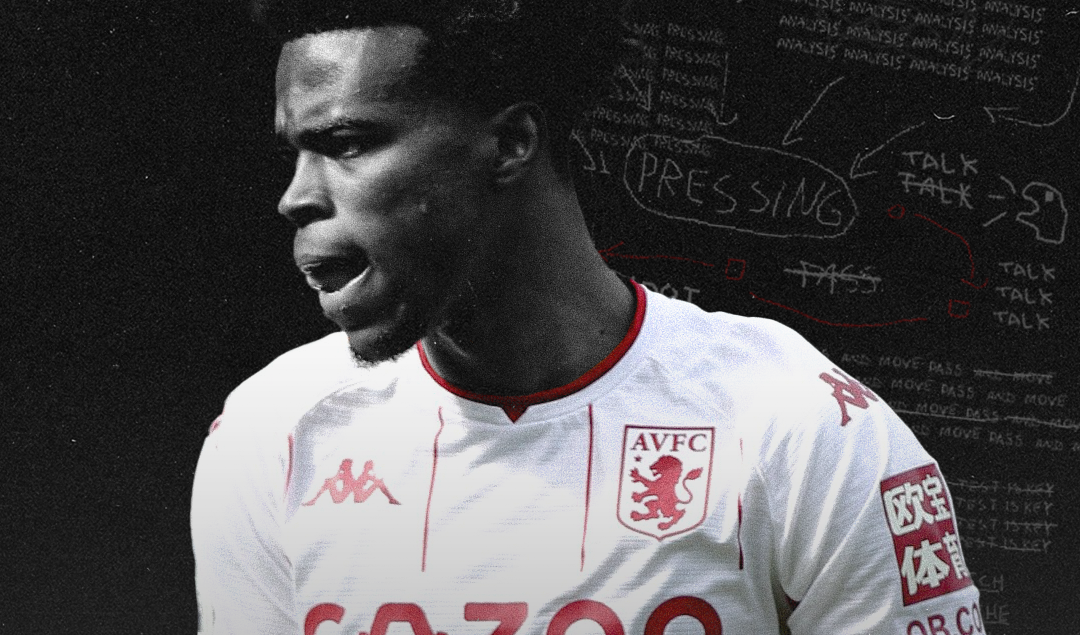 At just 18 years of age, Carney Chukwuemeka has the world at his feet. Fresh off the back of 14 Premier League appearances last season – a number of those coming off the bench – Carney Chukwuemeka was crucial on the international stage recently with the England U19’s.

Having notched three assists and three goals to his name during the recent Euros tournament out in Slovakia, his most pivotal intervention came in the Final – the Aston Villa youngster connecting with an inch-perfect Harvey Vale cross to give England a 2-1 lead in extra time, Ian Foster’s men lifting the trophy at the end of the 120-minute match with a 3-1 triumph over Israel the final score.

With the 18-year-old already tasting Premier League football under Steven Gerrard at Aston Villa and a recent starring role for his country justifying the hype surrounding him, a number of huge clubs are sniffing around now for the former Northampton Town man. Liverpool and Arsenal are just two examples from an array of clubs fighting it out for his signature, Jurgen Klopp and Mikel Arteta keeping a close eye on the youngster.

Aston Villa might be ultimately powerless over the situation unfolding, his contract with the Villans expiring in less than 12 months. The powers that be at Villa Park will hope they can work out a new contract, but if not, they won’t be short of clubs far and wide battling it out for their teenage starlet. Still, it hasn’t been the most conventional route for Chukwuemeka to this newly acquired stardom.

Despite featuring for the England U19’s and excelling on the big stage recently, Chukwuemeka was born in Austria to Nigerian parents who moved to England during the early years of their son’s childhood. They would relocate to Northampton, the place that began Carney’s football education alongside his older brother Caleb.

Both brothers would come through the Northampton academy at different times, his older brother even featuring in the first team at Northampton after breaking through. Carney would however excel away from Northampton, joining the Aston Villa academy in 2016 after impressing onlookers from the Premier League club.

Oftentimes, the younger sibling lives in the shadow of the more impressive older brother. However, in Carney’s case, he’s never looked back since joining Aston Villa all those years ago. Watching clips from youth games, he always stood out as an energetic and relentless presence centrally in his four years as a Villa Academy prospect.

He was head and shoulders above others in his age range, receiving the ball before powering through the middle even with multiple opposing players trying to stop him in his tracks. There’s a vibrant youthfulness to how he plays and conducts himself on a football pitch even to this day, fearless in his marauding runs forward matched too by a pass that can cut a defence in half.

While he hasn’t quite shown this off in senior football yet – Steven Gerrard giving him minutes here and there in the first team fold – it’s clear that he has outgrown the youth step-up now. Gerrard should be commended for giving him minutes in the first team, especially with the wealth of talent at his disposal through the centre at Villa Park – the likes of Phillippe Coutinho who can be unplayable on his day an obvious option in midfield alongside clear fan favourite John McGinn.

Yet, even before Chukwuemeka’s emergence, Steven Gerrard allowed the likes of Jacob Ramsey opportunities in the first team mix. The now 21-year-old is a Premier League regular in attacking midfield for The Villans, making over half a century of Premier League appearances for his boyhood club and even scoring six goals last season in a fruitful campaign for Villa’s number 41. Why wouldn’t Chukwuemeka want to stick it out at Aston Villa to try and replicate Ramsey’s ascent?

It’s clear that the youngster has had his head turned by interest from further afield, any kid would find the likes of Borussia Dortmund or Barcelona circling rather distracting. Liverpool would be the most logical destination for Carney if rumours about his Villa future are correct, Jurgen Klopp is a manager willing to give youngsters a chance.

Liverpool’s transfer activity this window also indicates a focus on youth talent to expand the squad, the signings of Fabio Carvalho and Calvin Ramsay showcase the Reds buying with the future in mind. If Chukwuemeka was to be the next signing, it would be another extremely impressive deal for Jurgen Klopp’s men with some of the most exciting young talent in football coming to Anfield.

All the buzz and hype surrounding Chukwuemeka made the U19 Euros a tantalising watch, a chance to see the pool of upcoming talent at youth level from a whole host of Premier League clubs including the Villa teenager.

He would score and assist in the opening game against Austria, a constant thorn in the side of the Austrians with his trademark burst of pace too much to handle. Before he opened the scoring in England’s first group game, an excellent run prior nearly saw him score – the Villa youngster wearing number 8 for his country, a real confidence to surge past several Austria shirts before Scherf saved the attempt.

Chukwuemeka would get his goal moments later however, a quick exchange of passes with Tottenham’s highly rated youngster Dane Scarlett saw the ball fall back to Carney who rifled home to give them a lead going into the break, the score-line finishing 2-0 overall courtesy of a thunderous Alfie Devine shot in the second 45.

The England U19’s were a superb watch throughout their time in Slovakia, a convincing 4-0 win in their second group game versus Serbia saw Chukwuemeka score again – a lapse in concentration from the opposition allowed Chukwuemeka to retrieve the ball, running straight through on goal before firing low into the corner and away from the goalkeeper’s reach for England’s third of the contest.

Two more victories would see England in the Final, facing Israel again after beating Ofir Haim’s men 1-0 in the group stage. After lifting the Euros in 2017 – the England U19’s featuring the likes of Mason Mount in their last final versus Portugal – these players wanted to replicate that feat.

In a nervy final that saw Ian Foster’s young group go 1-0 down, the test and resolve to bounce back and come out victorious in Extra Time will stand them in good stead for when they transition into the senior game.

His decisive touch in extra time won the tight Final, Harvey Vale’s delivery demanded a leg to stick it into the net – Chukwuemeka thankfully bundled it in, before Aaron Ramsey scored late on to kill the game at 3-1. He heralded it as a ‘dream come true’ moment, lifting the trophy for his nation after a stunning tournament individually.

You would imagine he’d have many more pinch-me moments to come, the 18-year-old still only in the infancy of his powers. But, whether he stays with Aston Villa or moves away to the likes of Jurgen Klopp’s Reds, Carney Chukwuemeka will continue to grow and prosper into a player who could well be world-class in the years to follow at the very top.