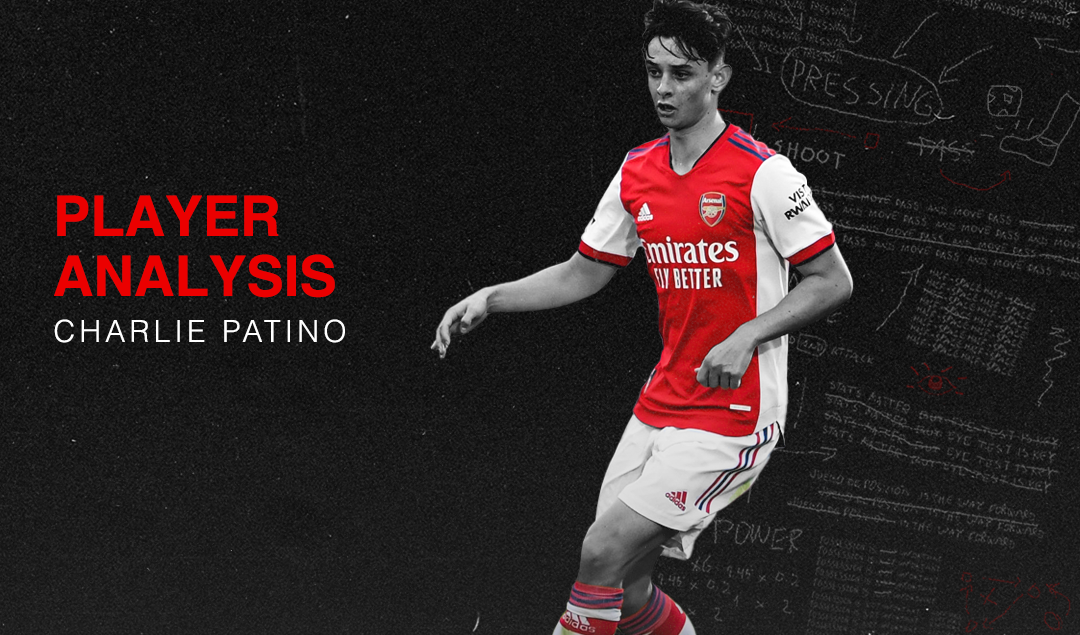 The Regista is perhaps the most difficult role a player can fill on a football pitch. When a team plays with a regista, they are often offering a perfect pressing target to the opposition. This is the reason that most teams don’t play with a regista nowadays unless they regularly play with three centre backs.

A regista must simultaneously be incredibly press resistant while also possessing the timing, poise and awareness to be able to make a number of different kinds of passes and always play the game one step ahead of the opposition.

In short, they must possess La Pausa. But just as positional awareness usually takes time to develop in centre backs, resulting in their average peak age being much later in their careers, so does La Pausa in midfielders. Charlie Patino is a rare example of a player who has a developed sense of La Pausa at the age of just 17.

Hale End’s latest wonderkid has been touted by Arsenal Scout Brian Stapleton as “[T]he best kid I’ve ever seen,” and set Twitter ablaze last week with his incredible, nearly flawless performance against Chelsea’s U23 team in the PL2.

After going down to 10 men in the 36th minute, Patino shifted from his typical #8 role on the left side of midfield to a deeper role in order to help Arsenal maintain a grip on the game. They went on to score two more en route to a 6-1 drubbing of their London rivals.

Charlie Patino Vs Chelsea U23
(19/9/21)
Link to full video belowpic.twitter.com/TNhoARydjG

So, is Patino a Regista? Not quite, Charlie himself counts Santi Cazorla as a major inspiration and his ability to carry the ball and link play in any part of the pitch often displays shades of the Spanish legend, but while Cazorla stood just five foot five, Patino is already pushing six foot and has recently been assigned a special coach to help improve his pace and explosiveness.

This makes him a bit of a mystery; he certainly has the ability to play as a regista, but also has the physical potential to be a devastating box-to-box number 8. Below I will employ the Eye Test to analyze Patino and try to determine what role might suit him best once he’s given the chance to step into Mikel Arteta’s regular first team rotation.

*Note: This is based on my personal evaluation of the player. I will be drawing on extensive  in-game footage as well as YouTube highlight reels to evaluate Patino in this section*

The first thing I have to say about Patino is that he has the potential to develop the widest skillset (taking into account physical ability as well) of any PL midfielder I’ve seen since Yaya Toure. It is important that I take a small detour to explain this: I believe that Yaya Toure is possibly the most dynamic midfielder of his generation, combining unparalleled awareness, and technical ability with both physical dominance and notoriously unstoppable ball carrying,

Yaya was the closest we will ever get to answering the question: Who is the perfect Premier League midfielder? Patino is like Yaya in many respects, he has incredible spatial awareness, he has the physical potential to be a world class ball carrier, and has basically every kind of defense-splitting pass in his arsenal. But lots of players were or are “like Yaya.”

I see shades of Yaya in Joe Willock like I saw shades of Yaya in Chelsea’s Ruben Loftus-Cheek. The issue is always that the player has not yet mastered the art of slowing time around them when they receive the ball or the ability to see the game one or even sometimes two actions ahead. Patino has these abilities, these intangibles.

The most dominant part of Patino’s game is how consistently he breaks the press with his dribbling and how he breaks up the press with his awareness and timing. PL2 games are quite physically tough and often played at a breakneck pace when a team exerts pressure for a short amount of time, particularly after a goal or at the beginning and end of halves.

Patino excels at both initiating the press as a defender and evading it as a ball carrier. He has natural balance and high IQ, he is often seen receiving the ball in tight areas and just dribbling through the entire opposition press to spring an attack or relieve pressure from his team. Similarly, on the defensive side of the ball, Patino’s ability to judge the flow of the opposition in real-time means he regularly breaks up play with tackle or interception.

The latter of these abilities will not translate well into the PL until Patino puts on muscle in his lower legs and hamstrings, applying his committed tackling technique in the PL will come with an increased chance of injury. These skills support the idea that Patino would thrive as a Regista, the ability to control the flow of a game on both the offensive and defensive sides of the ball is a core element of a good Regista.

In these respects, Patino is much like Arsenal midfielder Thomas Partey who is often seen shuttling from the edge of one box to the other, making line-breaking passes and disrupting play with his long legs and incredible intelligence.

Another key piece of Patino’s game is his absurdly well-developed ball-striking technique. Patino’s ability to consistently hit the ball the right way when attempting certain passes and shooting make him a threat both on the edge of the box and deep in his own half. When he sees a runner looking to be released into a channel he almost always hits the ball with perfect power and backspin when he plays it over the top.

As he develops physically, he will be able to do this consistently when playing the ball on the ground as well. When Patino finds himself in a pocket of space further up the pitch, he sometimes decides to take on the shot and the power he is able to generate as well as the shape of his body when striking through the ball in these positions is amazing.

He’s also trusted to work free kicks for the U23 side and probably would have scored from one placed just outside the penalty area vs. Chelsea if it weren’t headed away by the wall. Typically, the primary way a defense tries to deal with a Regista is by pressing them quickly and aggressively when they receive the ball in order to hurry them or force them into an errant pass.

Patino’s hip mobility and technique when receiving the ball on the half turn allows him to quite easily and consistently evade an aggressive press and take multiple defenders out of the game at the same time. When he isn’t pressed, like most top Regista’s, Patino quickly finds a channel to hit or a link man to help him progress the ball further upfield. Another thing Patino can do is simply dribble out of the opposition press. He does these things so often, and so casually that you almost forget he’s still 17.

Finally, I’ll talk a bit about Patino’s passing range as it probably gives us the clearest idea of where his best role on the pitch might be. A regista is asked to make a wide array of passes but they are often concentrated in a small area of the pitch, typically within zone’s 5 and 8 which are deep and central, allowing for the greatest horizontal field of vision.

His wide range of passing conflicts with the rigid positioning of a Regista, Patino can deliver accurate crosses from the left half-space, he can also deliver through balls in-stride on the break to release teammates running the channels. This passing versatility allows him to operate across horizontal and vertical lines, paired with elite ball carrying and dribbling.

It has to be said that Patino’s best role is probably similar to the role Thomas Partey played in Arsenal’s most recent game against Burnley in the PL, essentially as a “mobile” Regista who is asked to play at the base of a midfield 3 and facilitate the progression of the ball up the pitch either by breaking lines with passing or ball-carrying (here is the difference to a “traditional” Regista).

Simply put, Patino is too good at everything to play just as a Regista, but his ability to do so should not be overlooked. Yaya could have been the best Regista of all-time, too bad he could dribble and carry the ball at an elite level.

Charlie Patino is one of the brightest lights in a pattern of truly incredible midfield stars currently breaking through the ranks into the top European leagues. In generations past, midfield maestros were typically really really good at one or two things. Andrea Pirlo could make any pass imaginable, and his spot kick technique was some of the best we’ve ever seen.

Patrick Viera could carry the ball fifty yards up the pitch to set up a goal or run an opposition winger down the line with absurd recovery speed on the break. Yaya Toure was the first player to do all of those things regularly in the same game.

Charlie Patino is a little like Yaya, maybe a lot like him, maybe that means we need to re-define the term Regista, maybe it has become antiquated. More importantly, we need to give Patino the chance to grow into whatever kind of footballer he wants to become.