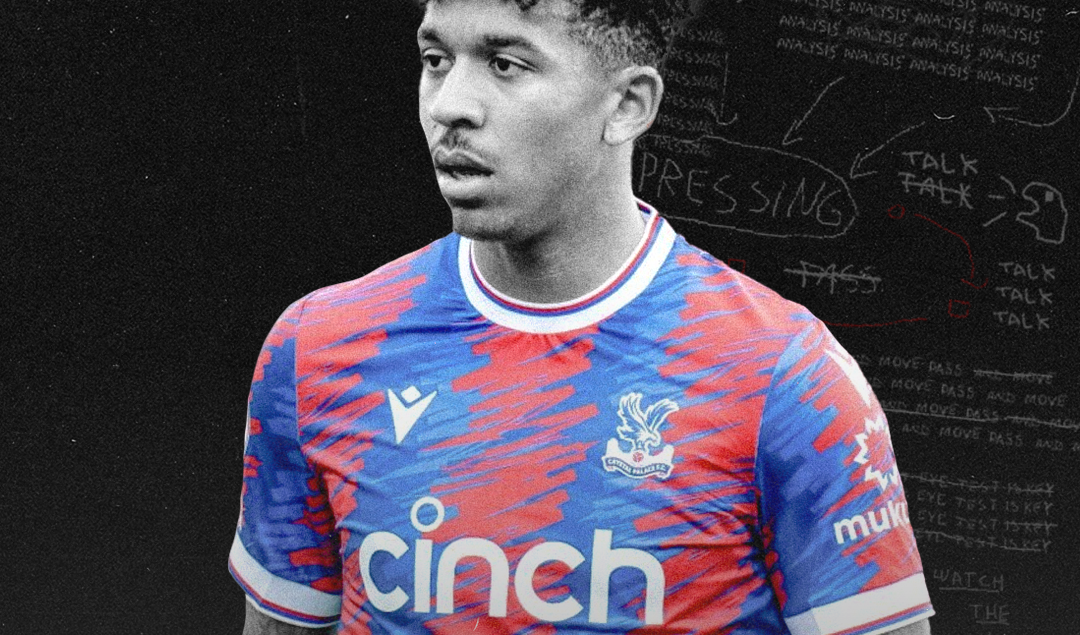 If signing the right player was easy, every club would do it all the time. But it is not. Recruitment at the highest level of the sport is fraught with pitfalls at every turn, starting with talent identification and culminating in deal negotiation.

It therefore should not come as a surprise that many elite teams have fallen by the wayside due to shoddy transfer policies. If it was straightforward, every transaction would be a win for the buyer, reinforcing the gap between the ‘haves’ and ‘have nots’. In effect, hits and misses in the market act as football’s great levelling force.

Manchester United, to pick a current example, have the clout and financial resources to acquire a squad capable of winning the Premier League. However, the Red Devils’ transfer strike rate has crashed over the past decade, creating crisis after crisis at Old Trafford.

Meanwhile, in South London, a club is on the rise following wise work in the window and the appointment of a dynamic head coach. Patrick Vieira’s Crystal Palace are heading in the right direction, with the arrival of the United States international Chris Richards the latest example of the organisation’s evolution on and off the pitch.

Born in Birmingham, Alabama, the 22-year-old centre-back is uniquely suited to playing for Vieira’s Palace and will play a crucial role in fortifying Selhurst Park in the years to come.

Unlike his USMNT colleagues at Leeds United, Richards is not an out-and-out product of MLS. He swapped life with FC Dallas for Bayern Munich during his academy days, transferring to Germany’s powerhouse club in a deal worth $2 million in 2019.

Richards spent the following season in the 3. Liga, building confidence with Bayern’s reserve squad before moving on loan to Hoffenheim midway through the 2020-21 season. He quickly adapted to the rigours of top division football and stepped into Sebastian Hoeneß with minimal fuss.

Impressed by the rookie’s efforts, die Kraichgauer set about renewing their loan agreement with Bayern for the following season, but not before the American penned a four-year contract extension in Munich.

“Chris really helped us during the second half of last season,” said Hoffenheim sporting director Alexander Rosen of Richards’ return. “He’s strong in the tackle and quick and didn’t have any teething troubles. He’s an important and valuable option at the back.”

Bayern sporting director Hasan Salihamidzic added: “We’re very happy with how Chris has developed with us, which is why we’ve extended his contract. He is a young player who will now gain further Bundesliga experience at Hoffenheim, which is exactly what he needs.”

Richards made 19 Bundesliga appearances upon his return to Baden-Württemberg, solidifying his status as an up-and-coming defender despite suffering a season-ending thigh injury in April. Ironically, it was during his recovery that competitors from abroad, including Vieira’s Palace, swooped to acquire the American.

Although he never really nailed down a place in Bayern’s first-team squad, decision-makers at the Allianz Arena admired Richards and were reluctant to sanction his departure just months before a potentially profile-raising trip to the Qatar World Cup.

However, they eventually cut a deal with the South London side, sending the centre-half to Selhurst Park in exchange for a basic fee of $12 million, with a further $6 million attached in performance bonuses.

Crystal Palace and Patrick Vieira – Overachievers with a Big Future

Having put pen to paper on a five-year contract, Richards said: “I grew up watching the Premier League and grew up of course watching [Wilfried] Zaha, so it’ll be cool to spend some time on the field with them [the Palace players] and be a part of this historic club. I’m really excited for it.

“The kind of project I’ve seen [attracted me]. It’s a lot of young players but also young players who have a lot of fight. Palace is a club that seems like they’re always fighting.”

The question, then, is whether Richards will be a ‘hit’ or ‘miss’ for Crystal Palace. As always, a review of his statistical output and video analysis of his past performances is telling. Let’s break it down.

Since making his senior debut in July 2017, Richards has amassed 7,703 minutes of professional experience, mainly as the left centre-back in a four-player defence. However, he is positionally versatile and comfortable filling any defensive role.

Richards stands out for several reasons, starting with his comfort playing on the left despite being right-footed. Also of note: the American is 6-foot-2, and boasts impressive footspeed as well as an impressive leap.

Throughout his career, the 22-year-old has enjoyed a physical advantage over his rivals and has excelled in one-on-one situations as a result. Richards demonstrated his ability to outmuscle opponents in a Europa League fixture versus Molde in February 2021, recovering from a misdirected header to bounce the ball carrier out of possession.

Stationed on the left of Hoffenheim’s defence, Richards stepped between his opponent and the ball, using his core strength in a crouched body position to corral possession. It was not a one-off: he won 73.3 percent of his defensive duels last season, placing him in the top quarter of centre-backs in Europe’s big five leagues.

Richards is also an effective tackler, winning 84.6 percent of his sliding attempts last season. He demonstrated his technique in a 3-2 loss to Borussia Dortmund, dispossessing Erling Haaland with a perfectly timed challenge to stop a promising counter-attack.

That said, Richards – like most elite defensive players – rarely commits to sliding challenges and averaged just 0.54 per 90 in 2021-22. If the American has the option to stay on his feet, he will – and it shows in other defensive metrics provided by Wyscout.

In his final season with Hoffenheim, the Alabamian ranked in the top ten percent of big five league centre-backs for interceptions (5.48) and ball recoveries (12.85) per 90. He also excelled in aerial duels, winning 54.4 percent of his battles.

Joachim Andersen, for comparison, won 50.3 percent of his aerial duels, while averaging 5.24 interceptions, and 9.87 ball recoveries per 90. He also completed 0.36 sliding tackles per 90, winning 62.5 percent of them.

Like his new Danish teammate, Richards is an intelligent defender. He possesses an antenna for detecting dangerous moments and has the wherewithal to intervene in most circumstances, including in the final minutes of a closely contested match between Hoffenheim and Eintracht Frankfurt last December:

Although the American is still an unfinished package defensively, he has made an impressive start to his professional career and projects as a long-term starting centre-back for the USMNT. He also appears well-suited to the Premier League and will play a crucial role in Crystal Palace’s top-half climb.

Richards’ ball-playing competency has bloomed following years of playing on the ‘wrong’ side and is virtually two-footed as a result. While the Birmingham-born defender is naturally right-dominant, he used his left foot to make 33 percent of his touches last season. (Lionel Messi, to use an extreme example, used his ‘weak’ foot for only 9 percent of his touches.)

Richards is a near-perfect match for Crystal Palace in possession due to his passing range. Vieira expects his central defenders to distribute into the channels when the opportunity arises, and the American is up to the task.

In the following examples, the former FC Dallas starlet receives possession on his back foot before clipping a lofted pass into the final third, providing a match-tying assist versus Hoffenheim in March 2021.

Richards can make high-end plays with his strong foot too, as demonstrated against Eintracht Frankfurt and Hertha BSC:

For the USMNT defender, the eye test tallies with his statistics. Richards completed 90 percent of his 58.33 passes per 90 last season: an elite clip for a defensive player. Wyscout’s analytics also captured the 22-year-old’s line-breaking ability, with 71.5 percent of his 5.73 passes into the final third per 90 finding their intended target.

Andersen, renowned for playing long passes from defence, recorded similar numbers in 2021-22. The Dane completed 86 percent of his 61.49 passes per 90, including 62.3 percent of the 9.49 passes he played into the final third per 90.

Unlike the former Sampdoria and Lyon centre-back, Richards has been on a journey as a distributor. He occasionally played his teammates into trouble as he adapted to playing on the left during his first season in Munich. The then-teenager underwent a steep learning curve, polishing his pass selection in time for his Bundesliga debut.

In other words, Richards has already overcome a significant ball-playing challenge and is a much-improved defender as a result. If the two-time German Super Cup winner continues to hone his craft, his Premier League career will be lengthy.

In the short term, Richards’ likeliest path to first-team action in South London is via the right-back position. Marc Guéhi and Andersen have struck a formidable partnership for Crystal Palace and will be difficult to dislodge from Vieira’s starting XI, but the American’s time will come. His transfer to the Premier League is a ‘hit’ for almost everyone involved.

The Eagles have acquired an athletic, technically-sound centre-back for pennies on the dollar. Richards will continue his development within a system built for his skillset. Gregg Berhalter’s national team receives a new and improved version of their top defensive prospect. Despite making a handsome profit on their investment in Richards, Bayern Munich are the only losers here. Remarkable.