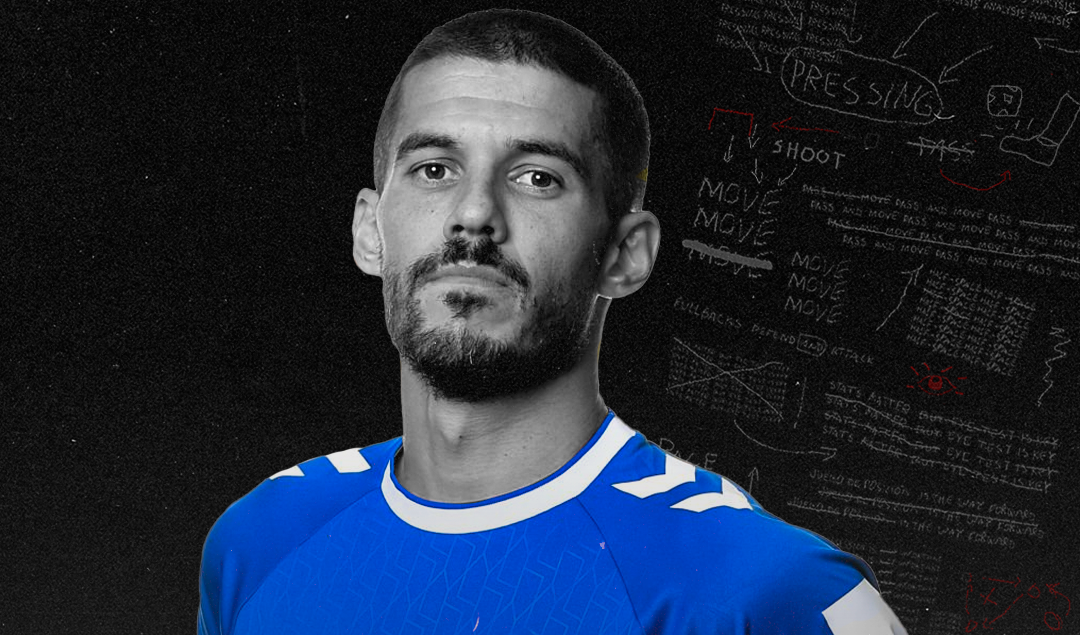 Everton’s defensive situation has always been an issue that several managers have been eager to put right and last season, the stats from the backline were far from pleasing for fans and managers alike, conceding 66 goals in the Premier League. During the 2021/22 campaign, the team flirted with relegation, and in a bid to obtain a comfortable season ahead, the club identified the defence as a major target to strengthen.

Director of Football Kevin Thelwell and the scouting team worked hard to secure the signing of James Tarkowski on a free transfer following his relegation with Burnley, ultimately choosing the Toffees after a successful call with manager Frank Lampard, who convinced the two-time England international to snub Steven Gerrard’s men and join Everton on July 2nd.

Distributing money to other targets was a priority but Thelwell still deemed Lampard required additional options to enter the new campaign with and the club tracked Conor Coady, where the first reported interest was a few days before the season opener against Chelsea, but talks didn’t seem to progress until after that game.

Lampard started the game against Chelsea deploying Tarkowski, Yerry Mina and Ben Godfrey as a part of his preferred back three, leaving Mason Holgate and Michael Keane as cover. However, after only 18 minutes, making a last-man lunge to win the ball, Godfrey sustained a reported fracture to the fibula bone – according to Frank Lampard – meaning the defender would be out for a minimum of two months.

Godfrey was not the only starter in the backline to get injured though as Yerry Mina went to the ground with a reported ankle injury, adding to Thelwell’s ideology of strengthening even further. Lampard clearly sees the three starters as his main centre backs for this season but the injuries to two give him an uncalled-for predicament, either sticking with Holgate and Keane or pursuing targets in the transfer market.

Michael Keane was commonly found out last season under Lampard but was forced to play due to external injuries from other players; Keane often crumbled under pressure during the tail-end of the 2021/22 season and it’s evident why the manager has chosen to utilise the former Manchester United academy graduate as nothing more than a squad player.

Although not enjoying the best of games in recent seasons, Mason Holgate proved to be one of the shining lights following Lampard’s arrival at Goodison Park, playing again as a part of a back three. Holgate played 25 times last season scoring twice and his involvement against Chelsea reinstated why he can be a solid option to replace one of the injured defenders.

Although Holgate provides Lampard with a good backup option, it now seems that bringing in an additional central defender is nothing short of a priority for the club and seemingly attention has turned towards Wolves centre back Conor Coady with the manager pushing the deal.

Coady is said to be extremely keen on returning to the city he grew up in, although born in St Helens, Liverpool is still a prominent part in Coady’s life with the majority of his family settled there. Wolves recently signed fellow CB Nathan Collins, leaving Conor Coady to drop down the pecking order at Molineux.

Coady played all 38 games for Wolverhampton Wanderers last season, scoring 4 times, proving he can provide a threat from set pieces where he ironically scored against Everton at Goodison Park towards the end of the season.

Lampard appears to be a big fan of Coady, identifying him following Everton’s survival in May and the reported initial loan deal with a view to making it permanent is one that suits Everton down to the ground, especially with the FFP restrictions imposed.

Coady has played 10 times for England’s senior national team and played a part in the team that reached the Euro final in 2021, a huge part of the reason why Coady is so keen to join Everton would largely be down to his desire to play in the Qatar 2022 World Cup at the end of the year, as it looks like the only way he thinks he’ll be able to make Gareth Southgate’s squad is by playing consistently, something he would most likely be able to do at Everton and is less likely to at Wolves.

Lampard’s ideal backline following the purchase of Coady would no doubt include Tarkowski, Holgate and Conor Coady as the back central three with Vitaliy Mykolennko and Nathan Patterson as wing backs. Tarkowski is likely to be deployed as the ball-playing technician whilst the others would be more suited to old-fashioned roles at the back. Coady and Tarkowski add much-needed leadership to the dressing room, playing a combined 364 top-flight games- both captaining their respective previous sides.

One of the talking points regarding a Conor Coady switch to the blue half of Merseyside is ironically the fact he previously played for the red half –  as a product of Liverpool’s Academy, making only 2 appearances for the senior side.

Although not ideal, many Everton fans look past this fact and focus more on the playing side, where the majority of fans now accept Coady’s arrival due to the influx of injuries at Goodison Park and the prospect of two experienced Premier League players leading the defence.

Tactically, Coady played his best football in a back three, exactly how Frank Lampard is keen to set the defence up as. Not only is Coady a centre back with the ability to keep up with most attackers in the league, his positioning is also a strong suit – allowing him to make tackles and track forwards without relying on cover.

With Coady’s experience comes an elite talent to read the game and a capacity to pick out a runner using a diagonal, highlighting a level of accuracy that defenders such as Michael Keane or Mason Holgate do not possess.

In the grand scheme of things, the arrival of Conor Coady to bolster the backline is not one many Evertonians can complain about on an initial loan. The injury to two major starters in the Everton team has proved to be a catalyst in stepping up the search to sign a defender, and Coady provides ample experience to the backline after joining on loan with an option to buy of €15 million.

The question now becomes: will Everton look to move on one of Yerry Mina or Michael Keane following Conor Coady’s arrival, or will Frank Lampard utilise every option he has as the Toffees aim for a far more comfortable ride in the division after last season’s catastrophic relegation battle.