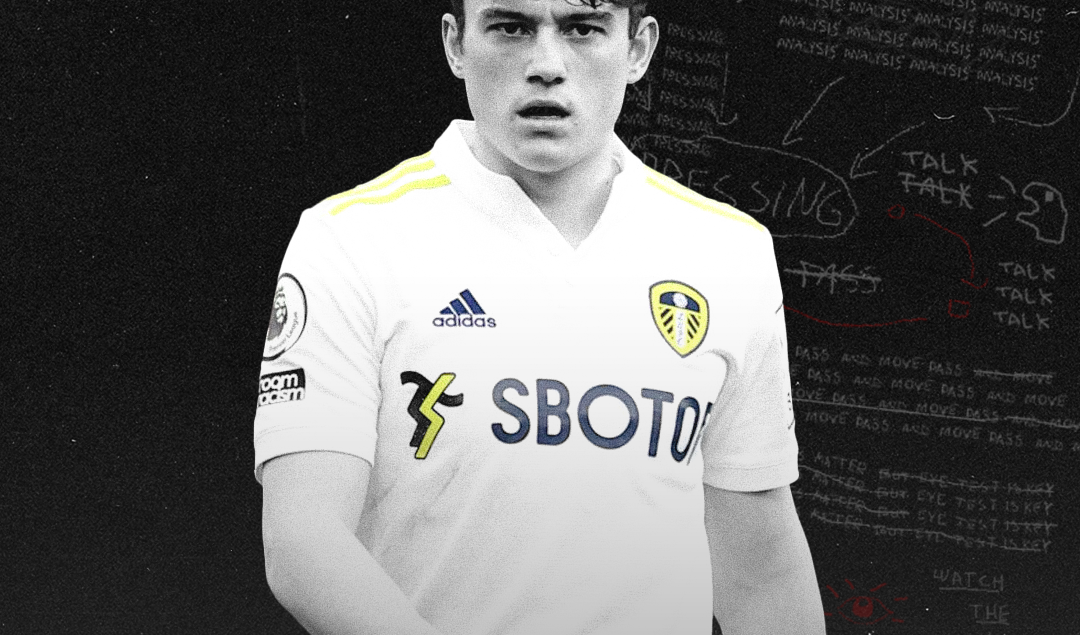 Leeds United forward Dan James has clocked a top speed of 35.1km/h in this season’s Premier League. For reference, Usain Bolt’s world record 100m time of 9.58 seconds was ran at an average of 37.58km/h.

It’s fair to say that the winger is no slouch.

Marcelo Bielsa, a long-term admirer of James, nearly brought the then Welsh youngster to Elland Road on deadline day in January 2019 from Swansea City, before the Swans pulled out of the deal at the final hour, leaving the player stranded in Yorkshire having already posed for photos with the famous white jersey.

Leeds would ultimately miss out on promotion that year and James swapped Swansea for another United in the summer, heading to Old Trafford in a deal worth around £15 million.

Bursting onto the scene in red, James scored three in his first four league games for the club, notably on his debut in a 4-0 dismantling of Frank Lampard’s Chelsea. The pacey forward, brought up in the East Yorkshire village of South Cave, wouldn’t score again during his other 29 appearances that season, but did pick up six assists along the way.

The following campaign, through injury and poor form, James struggled to get a foothold in Ole Gunnar Solskjær’s side but was mightily impressive in his former club’s win against his current employers.

Used on the right flank, James’ electric pace was too much for Leeds’ Ezgjan Alioski and skipper Liam Cooper, with the hosts enjoying great success on the counter attack.

Solskjær’s approach in the same fixture this season was similar and so were the results; James caused havoc out wide getting in behind the Leeds defence, before being replaced by England international Jadon Sancho.

Sancho’s £76m arrival at Old Trafford had deemed James surplus to requirements in Salford, with Leeds determined to finally get the man they missed out on two years earlier; ultimately parting with around £25m for his services.

Eyebrows were raised regarding the reported price tag, but it was clear from the offset that the winger would fit Marcelo Bielsa’s high-tempo style perfectly.

Since heading east across the Pennines, the 24-year-old has scored four goals and recorded an assist in 19 games for the Whites. Sancho, his replacement at Manchester United, has scored just twice and has failed to assist in 20 appearances. 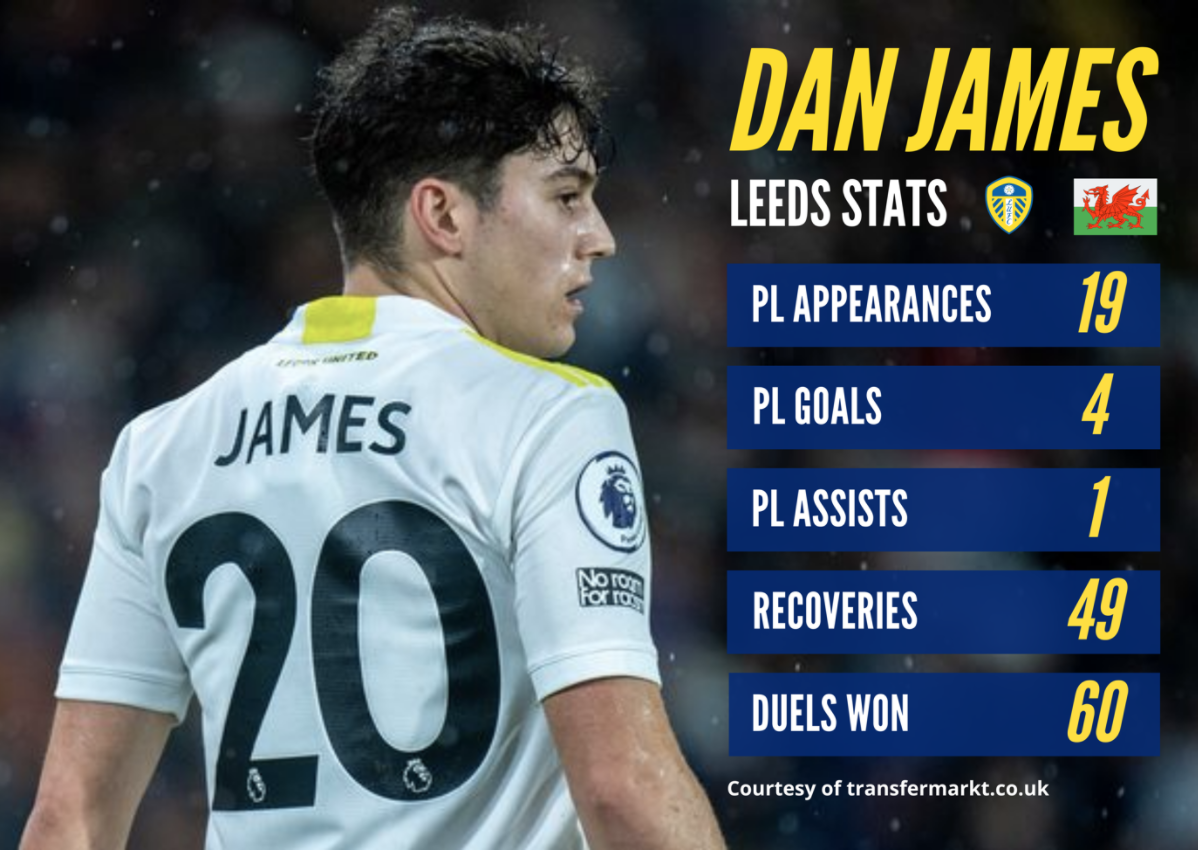 In Patrick Bamford’s absence, James has recently been required to lead the Leeds line, using his pace to lead the press from the front.

Averaging 30 sprints per 90 minutes this season, second only in the league to Southampton’s Nathan Tella. James ranks in the top 2% of forwards in Europe’s top five leagues in terms of tackles per 90 and in the top 8% for successful pressures applied.

These numbers, coupled with the former Swansea man’s average progressive carries of 5.7 per 90, makes him a nuisance for defenders both with and without the ball at his feet and are a clear indication of why Bielsa sees him as the man to step up with Bamford on the sidelines.

His outputs are equally as impressive at international level too. Capped 30 times by his country, James was an ever-present in Wales’ eight World Cup qualifiers, with his two goals and two assists helping the Dragons to a playoff spot after finishing second behind Belgium.

Never questioned for a lack of commitment, James is starting to add the end-product he has failed to display on consistent levels throughout his career.

With three goals in his last five appearances whilst deputising for Bamford at Leeds, James’ impressive movement and willingness to compete with centre-halves seemingly twice his size has paid dividends.

The attacker was at his scintillating best in Leeds’ recent trip to Villa Park as he scored twice and was denied a hattrick by the crossbar. England international Tyrone Mings could not get to grips with James all night, most notably as the 6ft4 defender was beaten to a header by the 5ft7 winger, as he grabbed his second of the evening.

James, should he start up front again this weekend against his former club, will be facing a defender very similar in style to Mings in Harry Maguire: physically commanding and confident bringing the ball out down the left channel, but often slow to react to situations and with a clear lack of pace and manoeuvrability.

Young forward Joe Gelhardt could get the nod up front which would see James move to his more favoured role on the left, at the expense of former Manchester City winger Jack Harrison.

Dalot is an athletic defender who likes to get forward when possible, with Leeds likely to try employ similar tactics and profit from Dan James’ pace on the break as used against them previously.

This agility, terrier-like tenacity and useful versatility has made Daniel James an integral part of Bielsa’s side in their bid to avoid the drop this season.

With Leeds looking to pull away from the bottom three and with Wales’ crucial World Cup playoff against Austria looming on the horizon, the coming months promise to be a stern test for the forward.