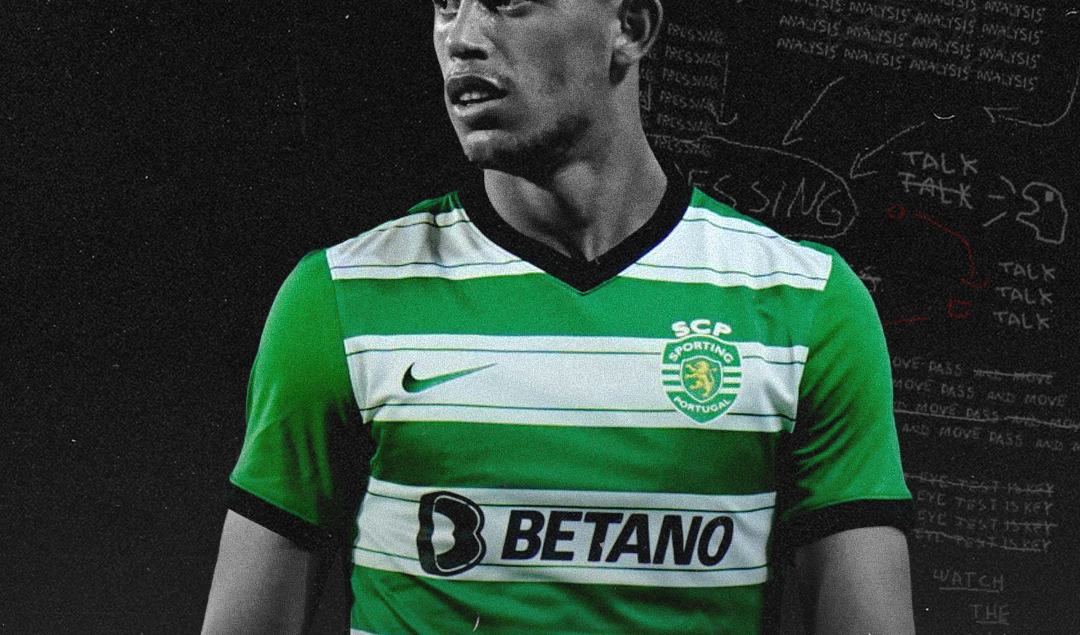 From Manchester City to Liverpool to Wolves to Chelsea – why has this 23-year-old Portuguese international attracted so much interest from Premier League clubs? Here is the lowdown on Matheus Nunes.

Matheus Luiz Nunes was born in Rio de Janeiro, Brazil, and moved to Ericeira in Lisbon at the age of 12. His youth football and initial first team days were spent at AF Lisboa district league side Ericeirense, where he developed until 2018, balancing stints and helping out in his parents’ bakery along the way.

Nunes clearly impressed, as Liga Portugal SABSEG side Estoril Praia signed the rookie still in his teens. Matheus made many appearances as 10 or even as a winger, showing his versatility from an early age.

After turning professional, he made a few appearances both at senior and U23 level, including a key appearance away to, you guessed it, Sporting Clube de Portugal or Sporting for short.

He impressed in a 2-1 Allianz (League) Cup win on the 31st of October, which clearly left an impression on the Sporting scouts…on the 29th of January, Matheus Nunes signed a 5-and-a-half-year contract with Sporting.

Matheus would spend feature in over 30 Liga Revelacao (U23 level) fixtures, where he certainly impressed, bringing current Sporting president Frederico Varandas to say that ‘Matheus Nunes will pay for Ruben Amorim’, a young promising manager Sporting paid an end total of 14.1 million euros to SC Braga for, despite having merely 2 months of Liga BWIN experience (the third most expensive manager in club history).

Sporting would end up paying 950 thousand euros for 100% of Matheus’ economic rights, and his current contract until 2026 has a release clause of 60 million euros. I guess you could say he was right…before Matheus even touched the field for the senior Sporting side.

The now 23-year-old would end up making his debut as a second-half substitute in a 2-2 draw at Vitoria SC on the 4th of June, 2020, and he never looked back. As Sporting secured their first league title in 19 years, two of the most important goals would come from impactful Matheus Nunes.

Coming off the bench or as a rotation option often for Joao Palhinha or Joao Mario, Matheus Nunes would grab a last-minute winner at home to Benfica and help his side of 10 men overcome SC Braga with what many describe to be a key turning point victory, after a sporadic free-kick routine with Pedro Porro. 31 games, 12 started, 19 off the bench. One league title, one league cup.

The 2021/2022 season is where Matheus Nunes fully took over the reins as Sporting’s number 8, on the pitch and as his shirt number. The midfielder would feature in 50 matches, contributing more goals and assists than ever, leading Sporting to equalling their points tally from the season before and finish in second, winning the Supertaca and Allianz Cup, and equalling their best performance in the UEFA Champions League.

After initial interest from the Brazilian national team, due to travel restriction difficulties and the sudden interest of Fernando Santos, Matheus Nunes chose to represent his home from the age of 12. He has played 8 times for Portugal, contributing one goal on Portugal’s path to World Cup qualification.

He has certainly asserted himself already as a big game player and one for the biggest stages too. Manchester City manager Pep Guardiola went as far as saying ‘Matheus Nunes is one of the best players in the world today.’

Going into the 2022/23 season, while rumours swirl around, Ruben Amorim is doing everything in his power to maintain Nunes as a Sporting player, stating that ‘he has rejected offers that could change his life to stay at Sporting’ also.

However, the release clause of 60 million is there to be activated, and there may an offer too good to resist for both parties. What would the interested clubs be getting themselves into?

Luis Campos and PSG: An Uneasy Combination With Tremendous Potential

For Sporting, Matheus Nunes operates as the more advanced option in a double pivot, in the heart of the Ruben Amorim 3-4-3, typically partnered with a 6 or more defensive option in former teammate Joao Palhinha or Uruguayan international Manuel Ugarte.

Amorim’s Sporting are a side that love to break quickly and make the most of offensive and defensive transitions to press and play direct passes.

The front 3 will often be glued to the opposition defensive line, with the wing backs creating width, meaning huge responsibility is pinned on Matheus for being the most advanced man capable of ball carrying and progressive passing in the first phase of construction.

10.45 passes under pressure, 2.13 fouls drawn, 0.35 through balls, and 1.95 switches per game put Matheus among the best in Europe for essential actions for a midfielder in such a system (above the 68th percentile for all).

The Portuguese international is also in the 87th percentile for progressive carrying distance, just one of many stats that help to prove his unbelievable proficiency when carrying the ball forward.

Matheus possesses many important qualities as a creative outlet, one of which being his dribbling. As per whoscored.com, Matheus Nunes completed more dribbles (85) than shots, key passes and interceptions combined (75) in the Liga Portugal Bwin last season.

He is incredibly proficient and press resistant, as his dribbling is often grouped together with his unusual strength, 1.83m frame, and blistering pace, resulting in many agile changes in direction under pressure, allowing Matheus to race away with the ball and supply it to teammates in space.

Nunes also applied 22.68 pressures per 90 (as per fbref.com), among the best in European midfielders, demonstrating his athleticism and further suitability to the physically demanding Premier League.

So where can he improve? Matheus is not the most proficient defender ever seen, sometimes being caught out of position in the double pivot, leaving his teammate somewhat isolated.

In addition to this, he arguably leaves something to be desired as the more creative midfielder in a double pivot for a side who play mainly against low blocks, usually relying on his pace and power, instead of pure passing ability.

Despite having a great passing range, a 79.8 percent pass completion rate and merely 36.85 passes completed per game is worrying and shows a lack of consistency as well as demonstrating a tendency to dwell on the ball for too long.

A lack of variation is sometimes seen when constructing a player, so with a higher emphasis on breaking the lines with his passing, and improving his weight of pass, this should be resolved, due to his vision and range being above average.

Question marks somewhat revolve around his mentality, as many would fail to argue that a slight adjustment in his selfishness with the ball and drop in form did not come after a tie with Manchester City in the Champions League, where Pep Guardiola heaped the praise on the young talent, perhaps getting to his head.

Overall, Matheus Nunes is a promising, unique talent with the potential to be a star and complete midfielder in the Premier League with a few tweaks and improvements. At just 23 years old and in 5 years of professional football, Nunes will be a name to rave about for many years if he continues to stay humble and re-find his pre-Manchester City form.

With defensive support behind, and a license to run into space, Matheus Nunes could be a brilliant signing for a Premier League side regardless of his price tag.