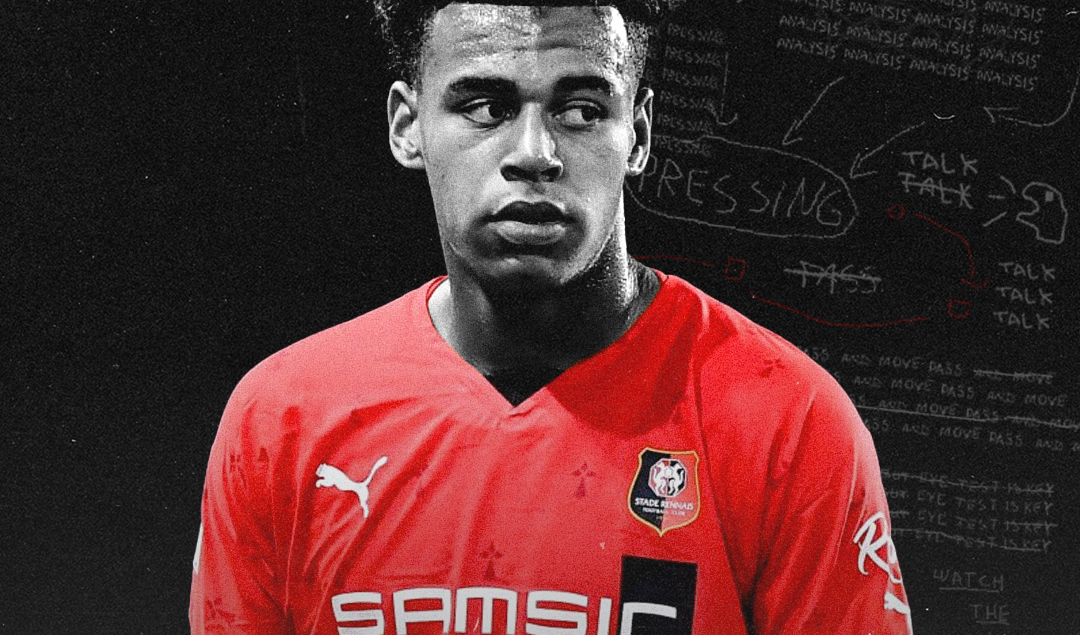 In a mere matter of days, France’s next big thing has announced himself to the footballing world, if you have not heard the name of Désiré Doué yet, it is time to stand up and listen. The 17-year-old midfielder enjoyed a dream week in early October, firstly he became the youngest goal scorer in the history of Stade Rennais in European competition.

If people thought his performance against Dynamo Kyiv was a flash in the pan or a one-off, they did not have to wait too long for further evidence of this errant youngest’s brilliance. Just three days later in the Breton Derby against rivals FC Nantes, Doué and Rennes ran rampant with a resounding 3-0 victory at Roazhon Park. With 83 minutes on the clock and Rennes winning two-nil, the game appeared to be over and dwindling down to the full-time whistle.

The Footballing Gods Had Other Ideas

Doué was sprung from the bench by manager Bruno Génésio, it took the prospect just 60 seconds to rise to the magnitude of the occasion and ensure the shellacking of Nantes continued and the inevitable Rennes victory was capped off in style.

The ball fell to the elegant prodigy who was at the fulcrum of a quite brilliant Rennes sequence of attacking play, instead of passing as many a youngest might do in the cauldron of a big occasion, Doué nonchalantly unleashed a magnificent strike into the roof of the net.

Alban Lafont, an excellent shot-stopper and a member of the Les Bleus squad stood no chance in the Nantes goal. Doué, a product of the famous French footballing institution Rouge et Noir, would have dreamt of this Roazhon Park moment all his footballing life.

Instead of running around in uncontrolled celebration feasting on the fanfare of the home crowd after scoring a screamer in his first Breton Derby. Doué’s celebration was instead one of humble expectancy. The boy, who has played at Rennes since he was eligible for the U6s, in those moments morphed into something more, it was almost like he knew this moment would come, there was no surprise on Doué’s face, he instead exuded an engagingly exotic level of calmness.

Génésio: “Against Nantes, he broke the whole stadium again with this goal which sums up the player he is and who he can become. Now it’s up to him and everyone around him to take it with a lot of perspective and moderation, I’m not too worried about that. It shows that there is a project for young players at Stade Rennais. I would like it not to be only with a desire to shine here to go elsewhere in six months or a year.”

The starlet was the calmest person in the stadium and since this electric moment of magic, Désiré Doué is the name on everyone’s lips on the streets of Rennes. Rivers of praise and attention have been steadily flowing towards the young phenomenon since his goal against Brest on the 31st of August, when he became the first player born in 2005 to score in all five of the major European leagues.

The frightening thing about Doué is the fact at just 17, he already possesses the physicality to rub shoulders with seasoned pros.  His upper body strength is reminiscent to Wayne Rooney’s when he burst on to the scene, what makes treasures like Doué and Rooney so precious is their elegant technique matches their athletic physique. His current role of impact sub means he often gets to flummox and bamboozle tiring defenders oscillating from sledgehammer to scalpel in a single shift of feet.

The Romance Of The Boyhood Club

For many, what tainted the love story of Rooney’s legacy, was the fact he did not hang around his boyhood club of Everton long enough to truly summon the footballing romantics. Instead, he tore up the enchanted fairytale and ran up the yellow brick road to Manchester.

For the people of Rennes and lovers of Ligue 1, it is imperative that this wonderkid signs an extension at Roazhon Park and this potential glorious love story continues. According to what was reported by L’Équipe in recent days, the player is interested in putting pen to paper on a new long-term contract with his boyhood club Rennes.

His current contract which he only signed in April of this year runs until June 2024, Rennes will need to protect their asset and for Doué’s development, it is essential that the perils of rumour and speculation are kept far from his door.

The circling vultures know all too well, Rennes is a fertile transfer-hunting ground following the emergence of Ousmane Dembélé (25 years old now of Barcelona), Eduardo Camavinga (19 years old now of Real Madrid) and Mathys Tel (17 years old now of Bayern München) in recent times. The new Brittany messiah can bid an emotional farewell someday, but for the here and now, he is exactly where his footballing education needs to be.