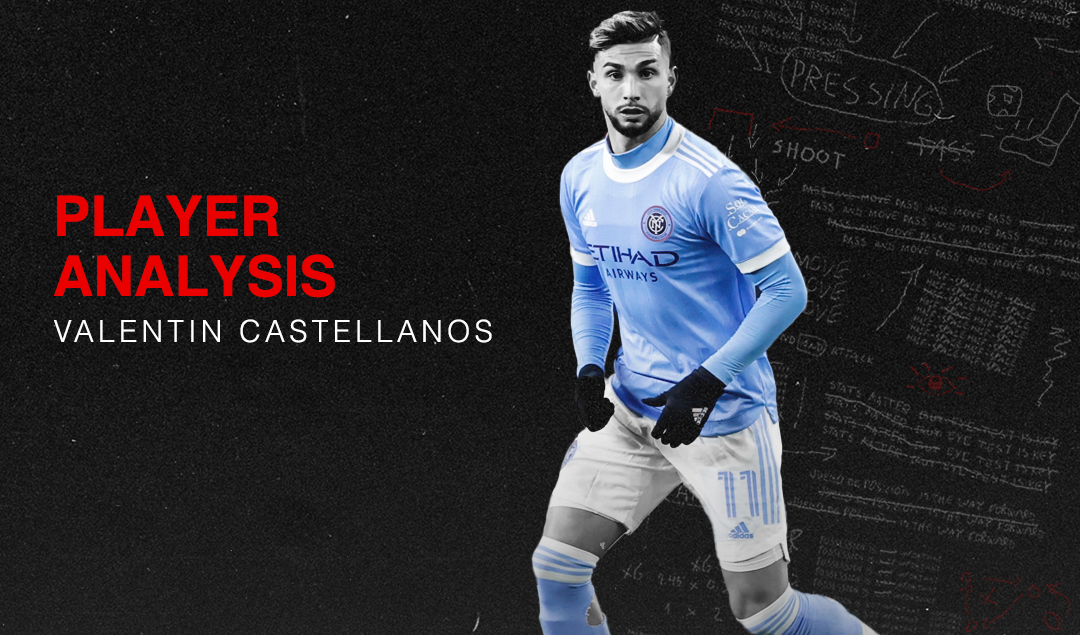 The life of footballers is not easy at all. Leaving your normal life to dedicate yourself purely to sports is always a difficult decision but, for some, it pays off at the end of the day. This is the case of Valentín “Taty” Castellanos, 23-year-old Argentine forward and one of the great figures of New York City, MLS Cup champion, who, being a minor, left his life in Argentina to find his place in professional football.

At the age of 17, he left Argentina because he had no place in his native country, after not being accepted in River Plate and Lanús, and went to the University of Chile, where he was accepted by his coach, Rivarola. There he was able to develop and begin his career in professionalism in the U19 of the Chilean team.

July 2017. 18 months after his arrival in Chile, he had an unexpected turn. Who put their eyes on this versatile forward on the entire attack front was the City Football Group, the investment group that owns Manchester City, Montevideo City Torque, Girona FC, Melbourne City, among others.

There, he was an important piece for promotion to the First Division and fundamental in the first season in the most important division of Uruguayan football, where he scored three goals and three assists in the half-season he played there.

One year later. July 2018. An important piece of news crosses the MLS. Domenec Torrent, Pep Guardiola’s former assistant, is appointed as New York City’s new coach. The Spaniard left the Manchester City bench, where he accompanied Pep, to take over a team for the first time in his career.

To begin his chapter as a coach, he asked for, among other players, Valentín Castellanos, after watching plenty of videos of the centre forward. The job was not difficult for the leadership, since the Argentine was already part of the City Group.

An immense achievement for the forward who saw it with good eyes, since he joined an institution with a great vision for the future, with a coach who was able to leave his mark on the club: in his first season he set the record for points in the history of the “citizens” (64) and qualifying for the first time to the Concacaf Champions League.

His stay in a new country, where he did not know the language, was made easier thanks to the great companionship of his compatriot, Maxi Moralez, an experienced Argentine who triumphed in his country and, in his words, the help for Taty’s adaptation was essential.

There he also shared a team with David Villa, who was the first to receive him at the NYFC facilities. “I used to include him in my PlayStation teams. Having him as a partner was a great madness”, said Castellanos in an interview with TNT Sports Argentina, in 2019.

The Best U-23 Fullbacks in MLS

2019 was a special year for him. He was summoned for the first time in his life to the U23 of the Argentine National Team of Fernando Batista, to play the Pre-Olympics in Colombia, prior to Tokyo 2020, where he played 6 games.

From this new stage of the Argentine, everything was growing: his participation in MLS, performance, scoring quota, assists and his game. The New York City of Torrent always prioritized the good game that Pep Guardiola showed in all his teams: clean start from behind, possession game and everything we already know.

This was extremely favorable for “Taty” when it came to advancing her skills technically and tactically. In his own words in this interview: “He is a player who can be established in the best way on the entire attack front, wherever it is to help the team. He does not consider himself an area striker, but rather likes to be in constant contact with the ball.”

If we look for the best qualities of the Argentine we can find that, as he himself indicated, he is versatile in attacking positions: he can establish himself well as an area striker, but he also feels comfortable as a midfielder in the center or on the wings, rather than nothing to the left, to use his great shot from long distance. He is always well positioned and on the go, which helped him a lot in building play at NYFC Torrent.

In the current season, he became the first Argentine in history to win the MLS Golden Boot, after scoring 19 goals in 32 games, in the regular season, like Ole Kamara (DC United), but his 8 assists (three more than the Norwegian) allowed him to raise the award.

The season ended in the best way for him. NYFC became the MLS Cup champion for the first time in its history and he finished the season with 22 goals and 9 assists.

From Europe, it is already said that there would be offers for him. Anderlecht, Cagliari and Fiorentina would be interested in signing him (information from Gianluca di Marzio), but on his mind is the dream of completing the wheel of the City Football Group and arriving at Manchester City.