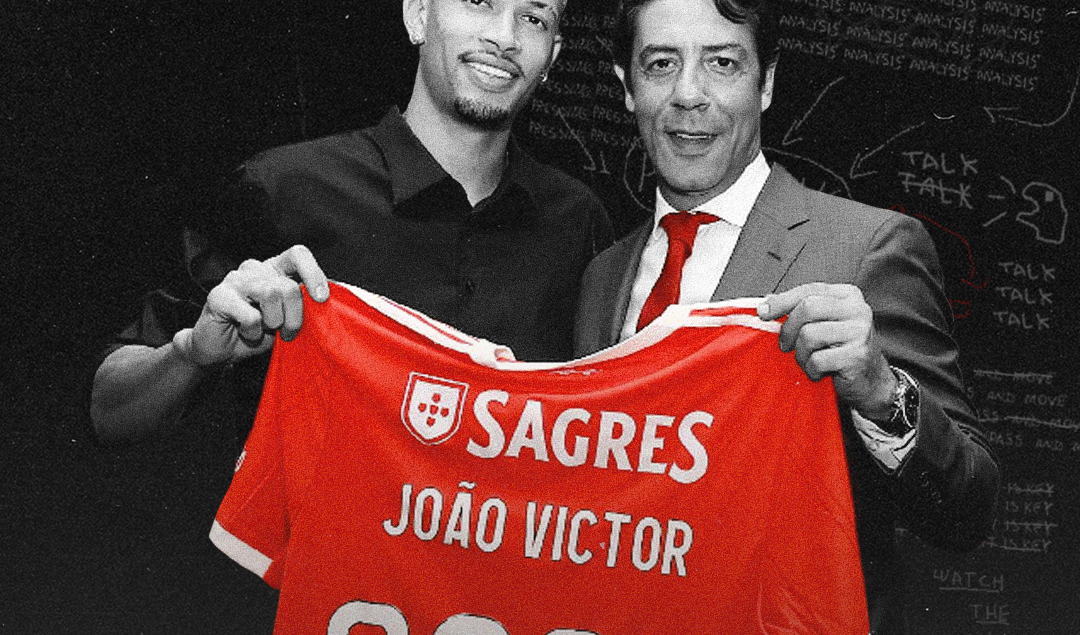 It has been quite the busy start to the transfer window for Benfica. Under the watch of their new German manager Roger Schmidt, who joins following a two-year spell at PSV Eindhoven, the Lisbon club have sold Darwin Núñez to Liverpool, offloaded the likes of Everton Cebolinha and Haris Seferović, and reinforced their squad with some major arrivals following a second-straight third-place finish.

Croatian striker Petar Musa has joined from Boavista to provide competition at the center forward position, Brazilian winger David Neres has cut short a brief spell at Shakhtar and joined Benfica, whilst Serbian fullback Mihailo Ristić has joined on a free transfer following the expiry of his contract at Montpellier.

Danish right back Alexander Bah has joined from Slavia Prague and will be looking to provide a long-term solution at a position that has yet to be filled since Nélson Semedo’s departure to Barcelona five years ago. Argentine midfielder Enzo Fernández has arrived from River Plate, whilst the club continue to monitor Braga’s attacking talisman Ricardo Horta as a potential reinforcement.

Perhaps the biggest coup of their summer transfer window thus far, however, has been the arrival of João Victor from Corinthians. Following weeks of transfer speculation that saw Victor linked with a potential move to FC Porto as a replacement for outgoing defender Chancel Mbemba, Benfica pipped their rivals to the signing and paid €8.5 million for 80% of his economic rights, with Victor joining on a contract through 2027 — Porto, meanwhile, signed David Carmo from Braga.

Benfica’s signing of João Victor has everything it takes to be one of the bargains of the summer for multiple reasons. The club’s current options in central defense are Nicolás Otamendi (34) and Jan Vertonghen (35), both of whom are entering the final year of their deals, and Lucas Veríssimo (27), sidelined since November with a knee injury.

Only Morato — like Veríssimo and Victor, a Brazilian center back — is a fairly young option at 21 years of age, and whilst Rennes are attempting to sign the youngster, it seems Schmidt’s trust in Morato will see him remain at the Estádio da Luz. As such, a young option in central defense with the ability to challenge for a first-team spot was a major priority for the club.

Born in Bauru, São Paulo, João Victor joined Corinthians’ youth setup in 2017, heading out on various loan spells to smaller Brazilian sides before being reintegrated into the first team in 2021 and enjoying a meteoric progression for the Timão; soon enough, it was clear that this wasn’t just a barely competent squad player, but instead, a defender destined for great things.

He would continue his impressive performances in defense the following season under Portuguese manager Vítor Pereira and take a step up in terms of his ability on the ball and other technical attributes — in the 27 games that Victor played, Corinthians lost just six times.

At 23 years old, João Victor is already an incredibly focused athlete who is well aware of the quality that he can provide in defense — this overwhelming confidence is certainly transmitted in his actions on the pitch. He acquits himself well on the ball, with the technical attributes to progress the ball out of the right side of defense, so much so that he can also perform as a right back.

Victor’s first touch is also impressive, allowing him to remain calm under pressure and drive the ball out of the back, and his ability to not just make the simple decision but instead break the lines with his vision and precision — this, combined with his confidence on and off the ball, is something that could see him enjoy a similarly rapid adaptation to life at Benfica as he has already done at another international giant in Corinthians.

The Brazilian’s speed and ability to cover ample stretches of the pitch should also allow the fullback on his side to enjoy more freedom going forward, and it is this rapid pace that could see him earn consistent minutes ahead of slower options like Otamendi and Vertonghen.

He anticipates the game well, fills in space between the lines, and reads the game carefully, boasting an intelligence beyond his 23 years and intrinsic tranquility in all his actions. Physically, he is capable of adapting to the pace of European football and holding his own against seasoned veteran strikers in ground duels and aerial battles.

With imposing physical attributes, technical brilliance and an overwhelming confidence on the ball, João Victor looks set to play a key role in Benfica’s defense this season. He joins to provide quality in one of the squad’s weakest (and oldest) areas, and he could just be what Benfica need as they look to catch up with their two major rivals and win their first league title since 2019.