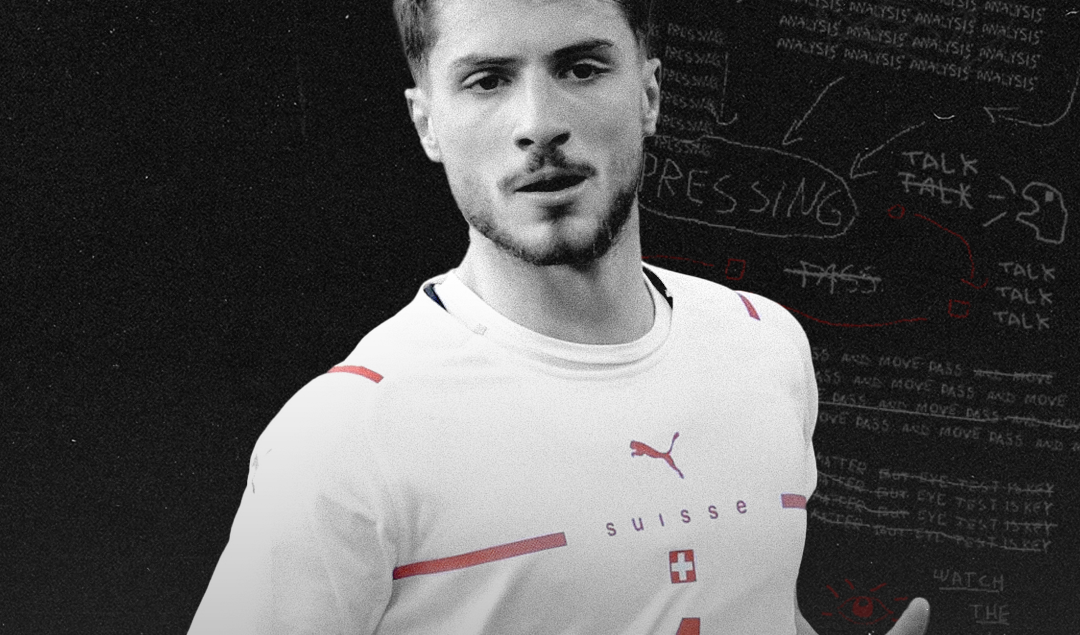 Anel Husic, Becir Omeragic, Leonidas Stergiou and Marco Burch are some of the players that have stood out in the Swiss first division and who head the list of under-21 defenders with minutes and high expectations for future call-ups to the Swiss national team.

Whenever we talk about young players who take on great responsibilities at certain clubs, we typically use European football as a reference. It has been common to see 19- and 20-year-old players being undisputed starters and even captains. This comes from an early age, around the age of 15, when coaches and assistants identify their leadership instincts.

From there, they work on other aspects in order to develop into professional footballers capable of combining physical, mental, and technical strength. One recent example is Matthijs de Ligt, who, at the age of 17, wore the captain’s armband for the first time for Ajax’s first team in 2018 and would go on to become a crucial player for club and country.

In the Swiss first division, this pattern has been popping up across the league, a pattern that brings plenty of benefits to a national team in need of a new cycle. Making transitions is not easy, but with so many defensive talents who are playing regularly, there are ample players for new Swiss manager Murat Yakin, who replaced Vladimir Petković last summer, to choose from.

What is impressive is how naturally these players make decisions and how they behave in the different stages of the game. Whether building, defending, being pressured or pressing. Each one with its characteristics, but with similar paths and potential. Meet the next Swiss defenders who are set to take Europe’s major leagues by storm.

Despite playing for bottom-placed Lausanne-Sport, who sit 12 points away from 9th-placed Luzern with three games left and who are guaranteed to be playing in the second division next year, Anel Husic has been a bright spot for Les bleu et blanc this season.

A left-footed player, Husic likes to execute long diagonal passes toward teammates down the flanks. When the team plays with three defenders, Husic plays the role of libero, or the middle defender, where he has more freedom to push the ball forward and make the right pass at the right time.

Without the ball, he is positioned well to control the space and always seeks to maintain his balance so as not to be at a disadvantage in the 1v1 duels. However, despite his good stature (1.90 cm), he needs to improve his timing and strength to win aerial duels, as well as his aggression.

Whilst his team have suffered relegation, Husic has ample talent and looks set to make the step up to a bigger club this summer, be that in Switzerland or a different league.

Perhaps the most prepared and most coveted on the list, Becir Omeragic has been putting up good performances and impressing coaching staff, fans and scouts alike.

Having made his debut for the Swiss national team at 18 years of age in October 2020 and earned a call-up for the European Championships, he has stood out thanks to his impressive defensive skills, his ball control and quality of passing.

Such is his technical quality that Omeragic has often played at right back where he has the freedom to push forward and help in the construction of plays in more advanced areas.

He has been evolving in attributes that have negatively affected his performance such as positioning, tracking back and lack of balance in physical duels, but he is already one of the great defensive talents of Switzerland.

A transfer to a bigger club is a matter of when, not if, despite the fact that he has missed the past month due to a meniscal injury. Nevertheless, he has played a leading role for FC Zurich who have ended a 13-year title drought, earning interest from Milan, Lazio and other Serie A clubs.

The Rossoneri have been following him since 2019, and Omeragic even went to the San Siro at the end of last year to watch Milan play. If he can recover from his season-ending injury, it’ll surely only be a matter of time before the 20-year-old, whose contract expires in 2023, earns a big move.

Captain of Switzerland’s under-21 national team and one of the bright spots of St. Gallen this season, Leonidas Stergiou made his professional debut at 16 years of age in February 2019, playing in a 3-1 win against FC Zürich. Since then, he has established himself as an undisputed starter for Espen.

Everyone around him knew of his potential, but few expected such a meteoric rise to stardom. The youngster stands out due to his agility and efficiency in anticipations and often goes to the ground to win individual duels as he is not a tall defender (1.81 cm).

His ability to build plays with long balls or line-breaking passes is superb, and to boot, he is incredibly talented and is a born leader. There’s still plenty of room to improve, and at 20 years old, he’s still a few years away from entering his prime.

He has already registered 100 appearances for the club and his ceiling is sky-high. While he still has two years left on his contract, it is only a matter of time before he earns a big move with various Bundesliga clubs interested in Stergiou, who was born in Switzerland to a Serbian mother and a Greek father and thus has dual nationality.

The oldest player on the list, Marco Burch is yet another name to keep an eye on and who has already found himself on the radar of the Switzerland national team. He is technically competent, ambidextrous, and does little to compromise the defense with poor decision-making.

Burch has been vital in Luzern’s build-up play, capable of progressing the ball whilst also standing out on the defensive end. He has strong positioning and holds his balance in order to win individual duels, but needs to work on his clearances.

He’s been having problems with clearances and blocking shots, which can sometimes result in the opponent finding themselves in dangerous goalscoring consistency. Nevertheless, Burch has finally found consistency in his game and become the team’s captain, registering 3 goals and an assist in 31 games.

Whilst it has been a dismal season for Luzern, who currently sit 9th in the table, level on points with Grasshoppers who have a game in hand and one point behind Sion, Burch has been a bright light for them. If they are to avoid relegation, either in the relegation play-off where they are set to play in 9th place, or directly, he will have played a massive role in keeping them up.

In a hot-and-cold season for Servette, Nicolas Vouilloz has remained consistent and stood out as a key player in defense for Les Grenats. Whether as a central defender or as a full-back, he has shown great ability to control danger on the right side of defense.

He is a defender who likes going to the ground more, who has good command of space and with the speed to come up first in foot races. One of the most promising players in the country and with potential to improve, he is a versatile defender who should be set for an international call-up soon.

Gerardo Seoane: The Revolutionary Swiss Manager Ready For the Bundesliga

Switzerland has stood out in recent years for its production of talented defenders with Fabian Schär (30), Manuel Akanji (26), Nico Elvedi (25) and Eray Cömert (24) impressing, and there’s already a new cycle of promising young defenders on the corner.

Investing in the academies and in youth coaching has guaranteed confidence and a lot of stability to launch talented players at the right time, regardless of age. All of this generates profits for clubs and the ability to compete at a high national level, and the tiny nation of 8 million people is certainly reaping the benefits.