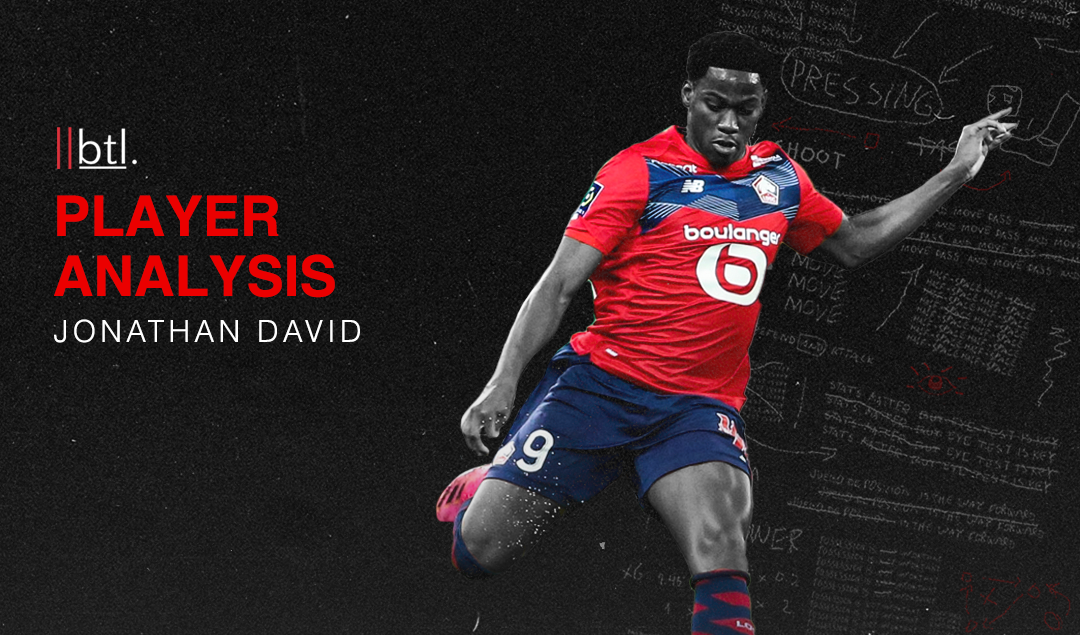 Born in the city that never sleeps at the turn of the new millennium, in Brooklyn on the 14th January of 2000, a new star in Jonathan Christian David had arrived. Emigrating to Haiti and then Canada, a new star was in the making. Not one to settle for success in Canadian Soccer or the conventional route of the MLS, David would set his sights further.

Signed by Gent in 2018, the bold decision to emigrate yet again from the comforts of Canada to the unknown with Belgium shows the mental strength key to David’s career to date. Safe to say, the move to Europe is one that has paid off. David had become adaptable, ready for any new path that lay before him with a hunger to succeed.

Jonathan’s love of football originated in Haiti, playing in the streets with friends and exposed further through his Dad’s love with the sport also. Football became engrained within Jonathan when moving away from New York, an unfamiliar surrounding becoming familiar when a ball was involved.

Dreams of becoming a professional footballer blossomed from there, watching games through a television screen in Haiti with a young David envisaging his time to shine on a football pitch. The skillful Canadian striker would find himself living out his dream still as a teenager, ditching the training domes of Ottawa for new surroundings in North West Belgium with Gent in 2018.

Prospering in the cold nation he had adopted as a child wasn’t a viable option, moving afar from Canada giving him a portal into the football world beyond the small-scale of playing for youth teams in Ottawa. This would of course lead to David putting Canada on the map in the future ironically, removing this idea of Canada as a predominantly ice hockey-loving nation.

With David up front, Canada would do the unthinkable in the CONCACAF World Cup qualifying – seeing 2021 out as unbeaten, rising up the FIFA rankings. This would come after personal success for the Canadian, indebted at giving back to the nation who took him in as a child.

Following in the footsteps of Lukaku and Oshimen, both strikers catapulting themselves to stardom after stints in The Belgian First Division A, David had arrived in the European big leagues. Seamlessly becoming a part of the furniture in Belgium, the Canadian became Gent’s main source of goals. A new home for David, a fresh opportunity to showcase his talent.

He did just that, finishing his first-ever professional season with 12 goals for The Buffalos. David would become Gent’s poacher up top, providing a deft finish with his feet and head from many an attacking move. The Canadian would prove to be a clinical finisher, which in tow accelerated Gent up to a 2nd place finish in the Belgian First Division A in the 2019-20 season – finishing runners up to Brugges with the COVID 19 pandemic curtailing Belgian football.

David would share the accolade of top scorer with Dieumerci Mbokani, a striker with a wealth of experience playing in the Premier League and beyond. Matching the DR Congo striker was a feat in itself, becoming a crucial player for Gent merely two years after relocating to Belgium.

This whirlwind rise from amateur matches in Canada to joint top scorer in the Belgian top-flight didn’t come at a cost, with homesickness developing within Gent’s new golden boy. Gent also allowed David to return home following the death of his mother, missing a couple of games in the process. This management of a youngster is exemplary, not overplaying David to the point of mental collapse.

Instead, allowing him to return home to grieve and feel one at home again, he would come back a stronger and more determined footballer for The Buffalos. The Canadian striker would prove himself to his Gent peers outside of the Belgian First Division A, helping Gent reach the knock-out stages of the Europa League before succumbing to Roma on aggregate in the round of 32.

Losing 2-1 over two legs, another goal for Gent’s star-man couldn’t cause an upset. David would win Canada’s Footballer of The Year in 2019 too, capping off another personal milestone with his adopted home still a major factor in his success. Lille would be the next destination for David, moving from Belgium to nearby France for the start of the 2020-21 season for Christophe Galtier’s men.

With a reported fee of 30 million Euros bringing him to the Stade Pierre-Mauroy, he had become Canada’s most expensive player overnight. With 30 goals in 60 for The Buffalos, Lille would see David only go from strength to strength. Surrounded by the likes of Renato Sanches and Jonathan Bamba at Les Dogues, it was no surprise to see his goal return in France only get bigger.

Everything seemed to click with Les Dogues in the 2020-21 season, with an unknown entity in David leading the line and Galtier wanting to go one better than finishing behind Ligue 1’s dominant force in PSG. David wasn’t the only youngster given a crucial spot within Galtier’s team, Maignan an ever-present figure for Galtier’s Lille since he had become manager which saw Maignan prosper and mature rapidly.

All the ingredients were there for an unlikely title push, a seismic shift away from the moneybags present in Paris. Galtier’s use of an uncomplicated yet compact 4-4-2 formation saw the best from his underdogs, the likes of Celik and Reinildo pushing further up as additional attacking wing-backs when needs be. Complemented by the rigid defensive first approach of Fonte partnered with the youth of Sven Botman at the back, everyone in the Lille team knew their respective mission when entering the field of play.

An unlikely strike partnership of the aforementioned David and the 36-year-old Turkish striker Burak Yilmaz worked perfectly too, Galtier’s side looking mismatch on the surface but his Les Dogues side had the necessary blend of the unexpected matched with the know-how of winning.

Galtier’s Lille would go on to win their fourth Ligue 1, arguably their most impressive and unexpected with PSG making the French first division often a one-horse race.

13 goals from 37 in that title-winning season made David one of the hottest properties in Europe, David’s speed on counter-attacks for Lille devastating. Playing others into the game also, his selflessness allowed the experience of Yilmaz to outscore him in their duo up top.

Still, with the solitary goal away at PSG to win at the Parc Des Princes and a goal to win away at Angers to secure the Ligue 1 trophy, David had become a Lille icon. 11 in the year of 2021 that campaign, that would be a sign of things to come for the maturing striker.

Even with Galtier now gone – a crucial piece of the puzzle leaving for OGC Nice – the young kid on the streets of Haiti turned first-team striker for the French champions has become one of the deadliest finishers in Europe.

Only behind Mohamed Salah and Robert Lewandowski in terms of goals scored so far this campaign, both attackers at the very peak of their careers, David is putting himself in contention for a mammoth move away from the Stade Pierre-Mauroy.

Lille will want to keep this talk hush, Jonathan David outperforming the likes of Erling Haaland in terms of a goal-to-game ratio this season. 56% of goals scored this season for LOSC Lille have also come courtesy of David, confidence beaming out of the man who was playing in the amateur set-up in Canada a matter of years before.

Give the ball to the young Canadian striker, and he will score. In such a rich vein of form for LOSC Lille, David is still playing with the freedoms afforded to him when kicking about with his friends on the streets of Haiti. This form translates to the National side, the 21-year-old a poster boy for a nation taking football into its hearts.

A conveyer belt of Canadian superstars are being born, Alphonso Davies starring for Bayern Munich week in week out as an expansive full-back. Cyle Larin is another deadly attacker for The Reds, sharing out the goals with David.

Canada remain undefeated in their CONCACAF section of World Cup qualifying, David’s ice-cold finishing reminiscent of the blizzard conditions that engulf this North American nation. Engulfing a nation known for its harsh climates is also a feeling of unbelievable pride, 50,000 watching on as David and co beat Mexico 2-1 to see out a remarkable year for Canada in footballing terms.

Pride restored to a nation often jeered at, often in the background with Mexico or the US National team bulldozing in. When watching David play, the selflessness runs throughout him. With a hardened attitude to life, constantly on the move, the 21-year-old has found a true home in football.

Whether that’s with Lille, where he remains the player to watch over Mbappe or Messi, or back in his makeshift home of Canada, he plays with a smile on his face and an exemplary attitude to match. When he moves on to an elite club, expect David to succeed but with no prima-donna attitude to add. Instead, silently but surely, he will be one of the very best strikers for years to come.