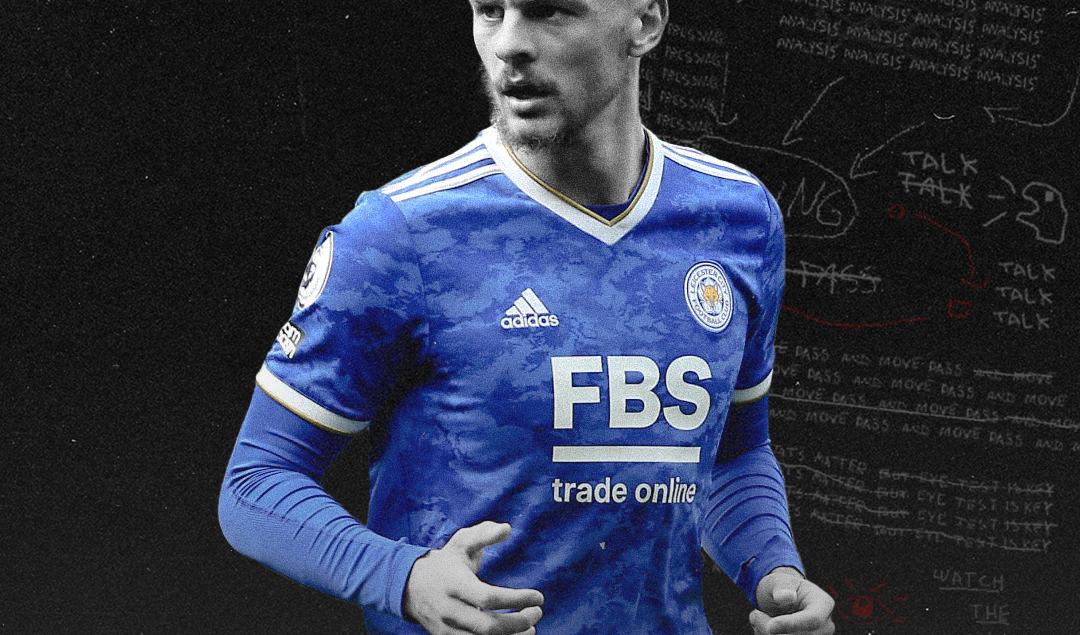 Leicester City have been on the crux of a dilemma all season. Previously the youthful, vigorous underdogs of the neutral. They are now a team of weary travellers, seemingly watching their time pass them by. Two successive years of failing to qualify for the Champions League has taken its toll.

It was in the middle of the park where Leicester made their name. Compact, composed, and creative in equal measure.

The talk of the top six, Leicester’s trio of Wilfred Ndidi, James Maddison and Youri Tielemans, had at one time or another flirted with the prospect of a move to pastures new. But injuries, form, and the burden of carrying a progressively ageing squad has made regeneration a necessity rather than a luxury.

Brendan Rodgers could’ve easily dipped his toes into the transfer market, but why go out for burgers when you have steak at home? Fresh from two-stepping his way through the second division, academy product Kiernan Dewsbury-Hall presented Rodgers with the ideal candidate to rejuvenate Leicester’s midfield.

Football is fixated with numbers, data, f*cking digits. All very acidic above-the-shoulders mustard sh*t as Matthew McConaughey so poignantly put it. We’ve lost touch with the beauty of the beautiful game. Dewsbury-Hall is a throwback to a simpler time.

Benadryl made flesh; the 23-year-old is stress relief incarnate. A player who thrives in the pressure cooker environment of professional football. one touch, two touch, dip and drive.

He’s the archetypal middleman between defence and attack. Breaking out of tight spaces and transitioning the ball through midfield with a simple but considered range of passes.

Dewsbury-Hall is still getting to grips with the step up to the Premier League, but when you are “everything that represents a team of mine,” it’s hard not to assert yourself.

Rodgers is not bashful in his assertions, either. After all, this is the man that nurtured Jordan Henderson from outcast to orchestrator in the space of two years at Liverpool.

A fan favourite at Luton Town, Dewsbury-Hall was a revelation on loan at the Championship outfit. “Honestly, with Kiernan, there were five or six moments every game where I just went ‘yeah, he’s too good for the level’, every game,” Luton defender Kal Naismith, told LeicestershireLive.

The midfielder is not quite the explosive attacking presence he was at Kenilworth Road, but in notching his maiden Premier League goal against Crystal Palace at the weekend there are glimpses to suggest that his prolonged run in the side is slowly ushering out the artist within.

A jack of all trades, though master of none, Dewsbury-Hall’s progression over the next year or so will rely heavily on him nailing down a position and a purpose within Leicester’s starting XI. Rodgers sees his future as a number 8, and you’d be hard pressed to disagree.

His diligent defensive work is supplemented by a natural creative instinct, and this is all made possible by an innate level of professionalism that’s hard to replicate

Dewsbury-Hall is clearly a player destined for the top, and with Leicester suffering from an identity crisis of their own making, there is room for him to grow without the on-field pressures of seasons gone by.

With Tielemans set to leave the King Power Stadium this summer, Dewsbury-Hall has done himself no harm by becoming a figure of consistency in a season of inconsistencies for The Foxes.