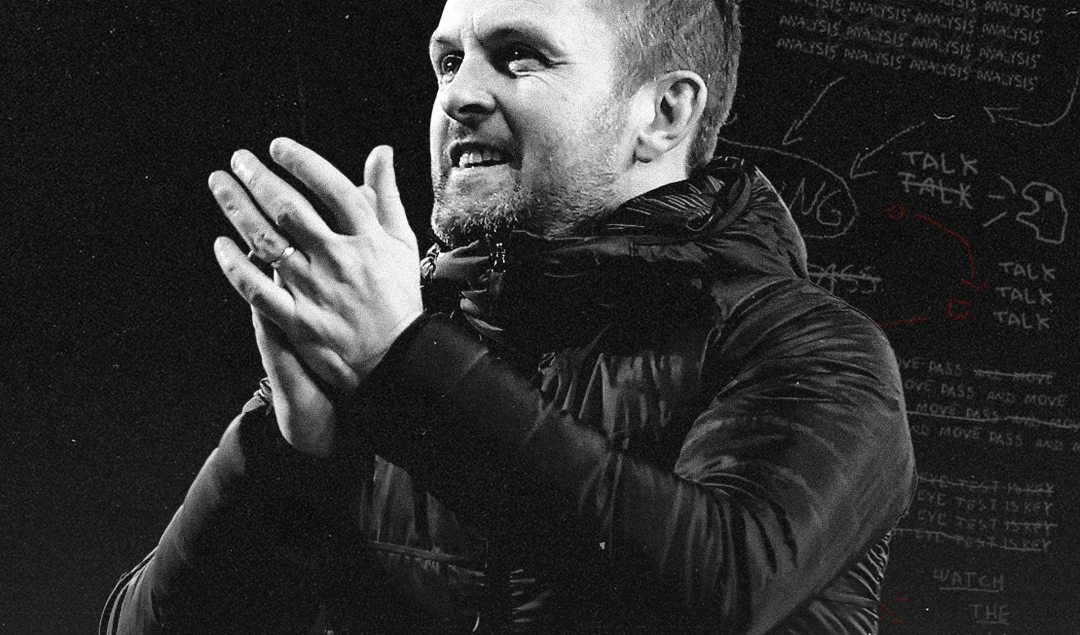 Just nine years ago, Luton Town finished seventh in the fifth tier of English football, their fourth season at that level and the first time they missed out on the Conference play-offs. It was an unprecedented low in the club’s recent history.

Meanwhile, West Bromwich Albion and Swansea City had secured eighth and ninth place respectively in the 2012/13 Premier League campaign, with the latter gearing up for a Europa League journey the following season having just won the League Cup.

At that moment, Luton found themselves ninety places adrift of those two teams in the footballing pyramid, five years on from competing with Swansea in League One. Now, they sit eight places above West Brom, ten above Swansea and fourth in the Championship with six games to play.

A devastating descent through the divisions, caused by financial troubles which saw the club endure three successive relegations is now a painful memory that may never be forgotten, but has only served to propel them beyond the previous realms of possibility.

The sour taste that still lingers from such torment would make a top-flight return all the more sweet.

Whether they make the play-offs or not still remains in the balance with four points separating them and Nottingham Forest in eighth at the time of writing.

Although The Hatters are without doubt the underdogs amongst the likes of Middlesbrough and Forest in terms of stature, this article on Nathan Jones’ squad will highlight just how much quality they have in their ranks and why they are deserving of their league position in such a closely contested Championship.

During his first spell at Kenilworth Road, Jones transformed the feeling around the club to something more familiar for their long-suffering fanbase.

From a lacklustre League Two team who occupied the 18th spot upon Jones’ arrival at the start of 2016, by January 2019 they were competing at the top of League One having progressed through the fourth tier over the course of three seasons.

The newly-promoted Hatters were second and 12 games unbeaten ahead of a top-of-the-table clash with Barnsley on New Years’ Day, and a 0-0 draw meant they were just two points from the promotion spots with a lot of momentum going into 2019.

This proved to be Jones’ last game in charge that season. Just as something special, bordering on unstoppable was blossoming, a vacancy at Stoke prized him away from Luton.

Less than a year later, Stoke would be welcoming Luton to the bet365 Stadium for a Championship encounter.

Mick Harford had led Luton to an emphatic League One title, but next in the dugout Graeme Jones had failed to make a significant impact, and six points separated Luton in 20th and Stoke in 22nd going into the season’s 21st matchday.

Crucially, however, Nathan Jones was in charge of neither team. Having won two in 15 at the start of the 2019/20 season, his rash decision to upgrade soon backfired as Stoke themselves went upmarket for Northern Ireland manager Michael O’Neill, who helped The Potters to a 3-0 victory that day.

By 2020, the breakup had taken its toll on both parties. Jones was jobless, Luton were lifeless in the bottom three and as the lockdown commenced in March 2020, it gave them an opportunity to think things through, weigh up their options and, like a pair of disoriented divorcees lacking viable options elsewhere, they both settled for long-term security.

The predictable claims of remorse and regret soon followed, but as it quickly transpired, Jones meant every word of it.

Prior to his return with nine matches remaining when football resumed, Luton’s longest run without a defeat was three matches, which was immediately matched with a win and two draws to start things off, but they were still three points adrift of safety with six to play.

A disastrous 5-0 defeat to Reading was followed by an equally devastating draw to fellow strugglers Barnsley, who grabbed a late equaliser to drop The Hatters to the foot of the table with four games left.

But whilst the results weren’t going their way, it was still evident that Jones’ presence brought back the spirit that dragged them out of League Two and was a timely reminder of where the club had come from, and just how costly relegation could be.

Four points in the next two gave them a fighting chance heading into an all-important six-pointer against 22nd placed Hull.

It was a tense, low-quality affair that was separated by that grit Jones had instantly instilled, which came to fruition five minutes from time when Kazenga LuaLua’s long-range strike snatched a historic win.

But there was still work to do yet, especially when Adam Armstrong gave Blackburn an early lead at Kenilworth Road on the final day.

From the depths of the despair caused over the last decade, Luton dug deep into this new-found dimension of resolve once more to comeback and complete an extraordinary escape.

The absence of external factors when Jones walked back into the frame, the odd section of boos or critical fan comments that would have inevitably arisen allowed a relationship to rekindle between the team and its manager that may not have had space to breathe.

Today, Jones’ betrayal shrivels aside those years bereft of ambition, burning in the fire that has fuelled them to a level stronger than ever.

Following an impressive 12th placed finish last season, many fans anticipated that they would reinforce their Championship status but little else more this term, particularly given the quality of the three relegated clubs (Fulham, West Brom and Sheffield United) and Bournemouth, who all looked far superior from the rest during pre-season.

Nine months on, and three of those teams have matched expectations in many respects, whilst West Brom have failed to find a consistent identity and a multi-faceted philosophy that would allow them to manoeuvre through injury-hit periods and utilise their stacked squad effectively.

These are all elements of Luton’s season that they have absolutely nailed despite working on a drastically lower budget.

This season, Luton have used the joint-highest amount of players on more than ten occasions in the top half with 22 compared to West Brom’s 17.

This has been prevalent in their ability to improve as games go on and is reflected in the Championship’s second half table, where they are in first place with The Baggies in 15th.

To have carefully cultivated a squad crammed with at minimum Championship quality from what was a bare eleven that was just about up to standard two years ago is an exceptional achievement, testament to their intelligent recruitment and a long-term plan that each player has bought into.

The squad Jones has at his disposal is so rich with experience, eagerness to please and every other element required to succeed in the second tier.

For every exciting up-and-comer in Elijah Adebayo and Allan Campbell, they have tried-and-tested alternatives in Cameron Jerome and Henri Lansbury or a blend of both who had excelled in the lower leagues over numerous seasons before making the step up with Luton in Harry Cornick and Luke Berry. It’s the perfect blend.

In the process of building this squad, Jones has stepped in and implemented a system, typically in a 3-4-1-2 shape, that suits the mould of players he then brought to the club.

Having such a prevalent focal point in Adebayo has been the key to the success of the setup, but it’s far from a long ball to the target man style that using a rangy front man would imply.

Although 3-4-1-2 has been the most common formation in the division this season, no one does it quite like Luton in spite of the best efforts of others.

This is down to the versatility of their front two, usually Cornick and Adebayo, that allows Luton to play long but with intent, using Adebayo as a backboard or Cornick as an outlet.

The energy and willingness to get forward from the midfielders and wing-backs mean that the forwards have licence to drag defenders into the channels or isolate themselves momentarily knowing that support will arrive when they receive the ball.

Whether a long pass to the front two finds its target or not, The Hatters focus intensely on winning those second balls with a cohesive press which allows them to win the ball high up and catch teams out with numbers advantage. According to Opta, Luton are joint with Fulham for high turnovers that have led to a goal with nine.

This collective, unrelenting work ethic also filters through into their possessional play, where they combine purpose and composure extremely well in transition, with multiple options always available to the man on the ball.

Campbell is very much the catalyst for this, always playing on the front foot with or without possession. He has an incessant want for the ball and an ability to use possession directly that teammates around him feed off. Luton have managed over 54% possession just six times this season and have failed to win in any of those fixtures.

It is this energy and anticipation to time their press or an attack and execute it as a unit that often gives Luton the edge in two-thirds of the pitch, but it is, without doubt, their collective instinct to detect danger and command their own third with numbers advantage to drown out the opposition, particularly when they are sat back protecting a lead.

Out of the 20 encounters, The Hatters have taken the lead in this campaign, they have won 17. A stat made even more impressive by the fact that they have only won 18 overall.

It might not be the best to watch at times, though it typically is, but you’ll be hard-pressed to find anyone who cares if it earns them promotion to the top-flight.

In doing so, Luton would become the first club ever to go from the Premier League to non-league and back again, so to go from the fifth tier to the first in the space of eight years would certainly take some beating.

As things stand, promotion would undoubtedly accelerate the plan in place at Kenilworth Road, but it is a project that the fans can trust in the long term.

Even if they were to go up and come straight back down, the squad and the infrastructure feels impenetrable, Championship relegation-proof, and most importantly, resistant to the ruin that came before, and that’s the least that Luton fans deserve.