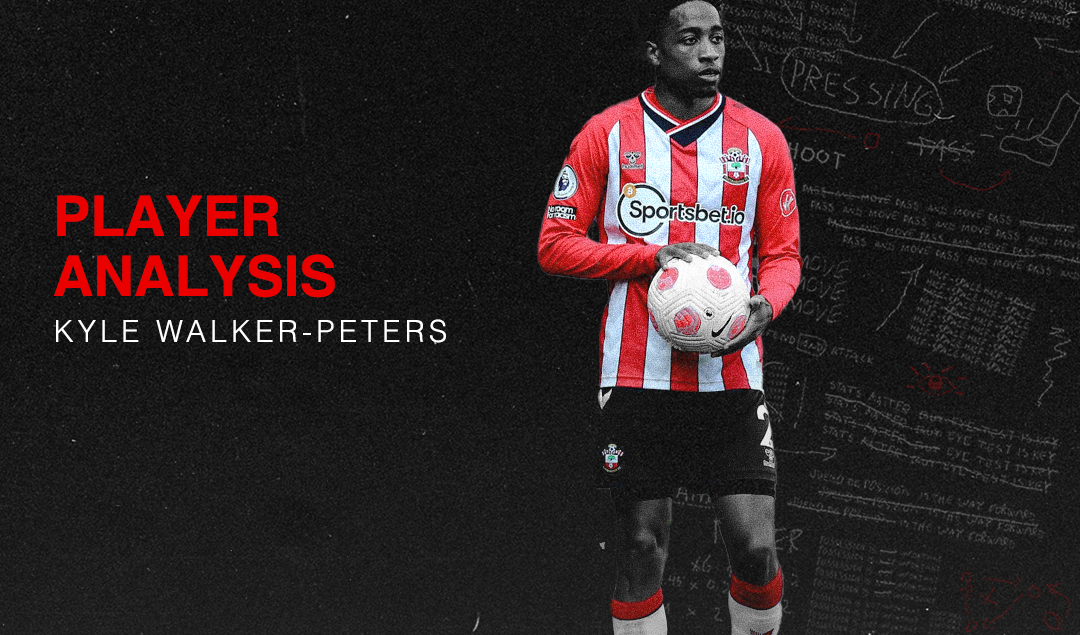 England are currently spoilt for choice at right-back. World-class young talents Reece James and Trent Alexander-Arnold are competing in the modern-day Lampard vs. Gerrard debate. Even to the extent of discussions around which full-back can operate best in the centre of the park. Then you have 2018 World Cup hero and free-kick specialist Kieran Trippier.

But just to cap it off, serial winner, the man who walked so James and TAA could run, Kyle Walker is still regarded as one of the first names on the team sheet for club and country. Southgate has struggled to juggle these options over the past couple of years. So where does this leave Southampton’s Kyle Walker-Peters?

‘You’ve got grime, you’ve got UK rap. You’ve got this thing that people call Afro Bashment rap, where do you fit in? how would you define your style?’

Called up to the senior setup in March, it has been a long road to recognition for the 25-year-old. Southgate has championed England’s brightest young talents since he took over as England manager in 2016, so KWP’s call up almost five years after bursting on to the scene at Tottenham Hotspur is a testament to the dedication and consistency he has shown.

His call-up was no flight of fancy, Southgate has numerous options at full-back and the last thing he had to do was fill a void. He clearly feels Walker-Peters can offer something new, he can innovate in a position in the throes of its own high renaissance.

‘When I was young, I’d say ‘yeah, I’m versatile.’ But the older I’ve got I’ve realised it’s deeper than that, it’s more a conversation about depth.’

North London natives KWP and Avelino both know what it means to forge a reputation for themselves in a market dominated by a generation of innovators. There’s no point trying to step to Skepta’s lyricism or TAA’s in-swinging deliveries. Imitation is the best form of flattery and KWP is here to make a name for himself.

His comfortability in playing at both right and left-back is a step in the right direction. So, with injuries and form decimating Southgate’s options on the left-hand side, Walker-Peters has created interest in a crowded marketplace. He’s able to do what few others can.

Despite not being the most explosive offensive option, Walker-Peters averages 2.1 dribbles per 90. That is four times that of Alexander-Arnold and nearly double the amount James averages in two of the most ball-dominant sides in the Premier League.

There are concerns that his inability to deliver the ball with the unerring accuracy of his Southampton and England teammate James Ward-Prowse means he doesn’t make the most of his ability to drive past opponents.

It’s almost considered a sacrament that if you have a double-barrelled surname, you are ordained by Christ with the cross. But irrespective of this, Walker-Peters’s short, sharp passing range means he can dictate the tempo in and around the final third, even if he is not the one to deliver the striking blow.

In as much as Walker-Peters can beat his man, he is also acutely aware of his opponent’s ability to return the favour, and his wholly conservative style of play means of the full-back is only beaten by his man on average 0.4 times per 90. This is the best figure amongst the right-backs currently at Southgate’s disposal, even the king of the recovery run Walker.

Though he is privy to committing fouls, 0.9 per 90 to be precise, he is conversely able to draw the attention of his marker. His 1.4 fouls drawn per 90 means if he isn’t flying past his man, he’s gaining yards and gifting the likes of TAA and JWP the opportunity to place the ball on a sixpence. Never got a look-in, I’m looking at yards now.

Walker-Peters may never emulate the generational innovation of James or Alexander-Arnold, these are the Michelangelo’s and Raphael’s of their day, and for that England’s fans can only be grateful. But for a man so often ‘within and without’ Walker-Peters has finally found his calling, his vice in the ‘inexhaustible variety of life.’

The ever-dependable figure of calm and consistency, Walker-Peters will draw a lot of admirers in the lead up to a World Cup where composure will trump chaos. ‘A hustler… I’m tryna kill it until I’m immortalised.’