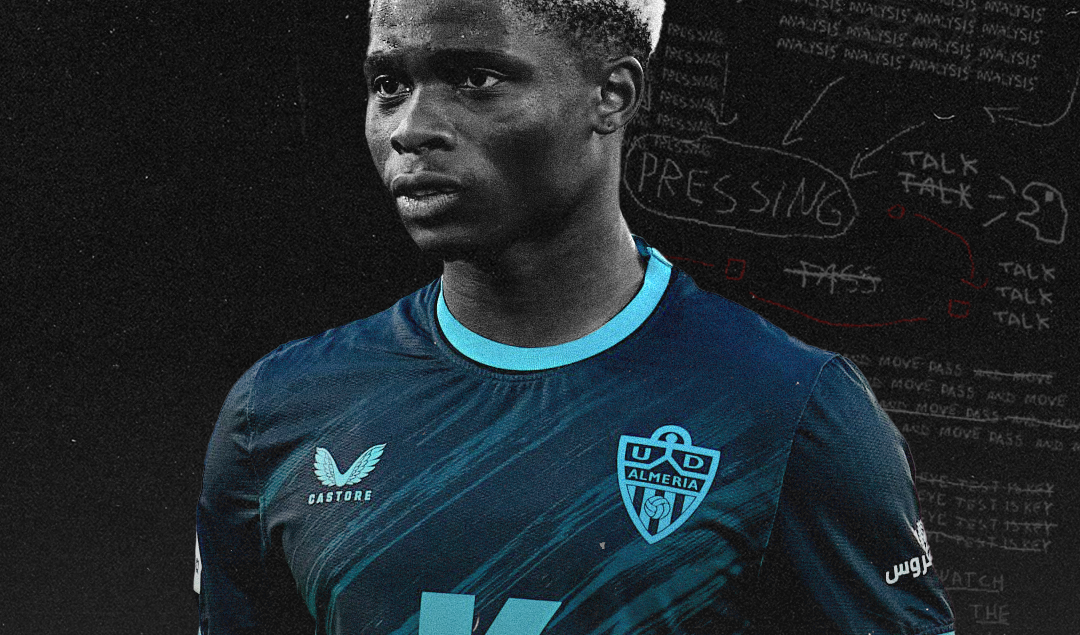 Newly promoted Almeria find themselves hovering above the relegation zone following the departure of Nigerian striker Umar Sadiq to Real Sociedad, but they have nevertheless picked up four goals and four points and will be counting on Fernando Martinez, Rodrigo Ely and talented youngsters like Kaiky and Largie Ramazani in their attempt to stay up. The latter is considered as one of the main factors that are helping his side confirm that their Segunda championship win last season was not by luck.

Ramazani is a very fast left-winger, who has a unique talent for getting past his man, highlighted by his 1.7 successful dribbles per 90, and 62% success percentage in La Liga 2 last season. This allows him to win many fouls for his side, averaging 1.7 and 1.3 fouls won per 90 in the past season and this season respectively.

The 21-year-old has also an eye for goal. If he has scored 8 goals, including 3 from the penalty spot in 25 starts with a 10% conversion rate in the second division last term. The Belgian has shown improvement in this aspect, already hitting the back of the net twice from open-play in his first 3 games in La Liga this season with a 25% conversion rate, scoring against two Champions League clubs in Real Madrid and Sevilla.

Who Should Everton Target for the Dominic Calvert-Lewin Deputy Role?

Even though Ramazani doesn’t register enough assists during his games, he can feed his mates and be creative enough for the team, providing 8 big chances created last season and 1.0 key passes per 90. Still, it is an attribute that the player has to work on if he is to become a world-class winger in the long term.

Another side of the game that Ramazani should improve is his passing. His 73% pass completion, 49% long pass completion and 19% cross completion in the second division are not good enough for him to join a big club, but as we say, age is on his side, and he has enough room and time to get his passing game to the next level. Also, making fewer fouls during a game would make him a more valuable player. His 1.6 fouls committed per 90 and 7 yellow cards registered last term definitely need to be decreased.

What is impressive about Ramazani is that he was able to make the leap to La Liga, looking like a fish in water, and while his first game was against Real Madrid, he was too good that it was really hard to make the difference between him and Vinicius Jr in the pitch, especially during counters. It took Ramazani only 6 minutes to unlock the score in his first Spanish top flight game against the Champions of Europe.

While Los Blancos’ defenders were keeping a keen eye on highly-rated Umar Sadiq – known for his explosiveness and clinical finishing topping the goalscoring table last term – Toni Rudiger and his teammates discovered that Sadiq might not even be the most explosive Almeria frontman.

Not only that, Ramazani has enjoyed playing against Real Madrid’s high-line, which is letting many spaces behind for him to exploit. During the second game against Elche, the young prospect has shut down anyone who might have thought of him as a one-game wonder.

What Would Nico Gonzalez Add to Gennaro Gattuso’s Valencia?

Even though he didn’t register any goal contribution, Ramazani still ran the show with his 4/4 dribble success (100%), 1/1 long ball completed, 5/7 ground duels won, 1 key pass, 3 shots on target and 1 foul won, before grabbing the equalizer against Sevilla before halftime, with Sadiq scoring in the 55th minute to secure a 2-1 win at home.

Largie Ramazani has been one of the main breakthrough players in La Liga during the start of the season. The 21-year-old Belgian winger has enough qualities to keep performing at this high level and become an established youngster in one of the best leagues throughout the old continent.