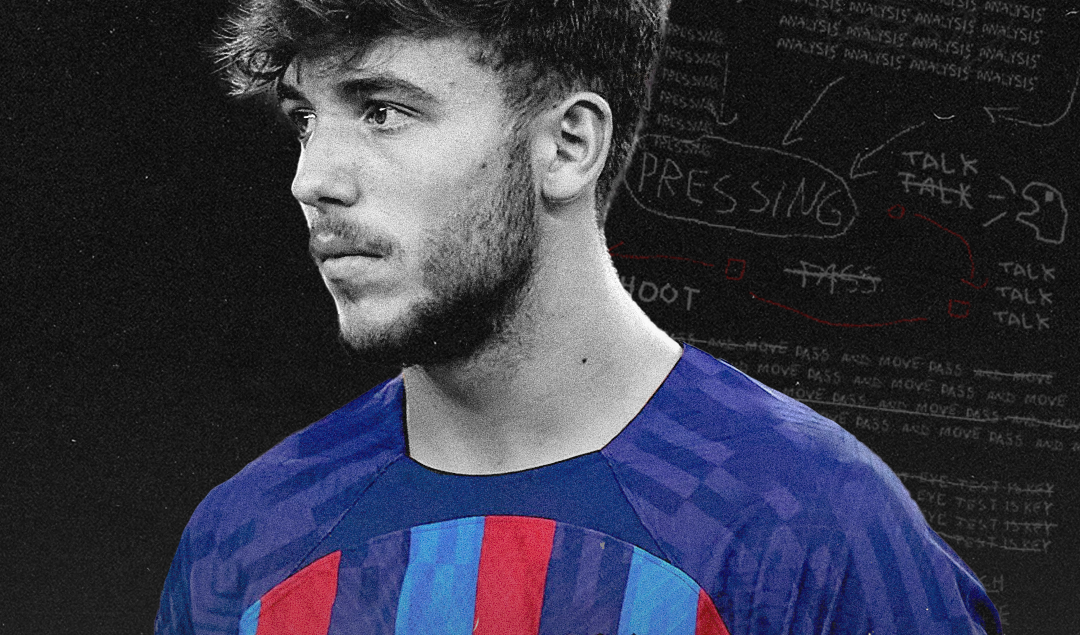 FC Barcelona’s promising midfielder Nicolas Gonzalez, known as “Nico”, who is considered as one of the highest rated talents to break through from La Masia, has reportedly communicated to club headcoach Xavi Hernandez, his will to go out on loan looking for regular game-time ahead of the new season, with the Catalan club’s middle park being currently stacked.

Club president Joan Laporta along with sporting director Mateu Alemany brought Franck Kessié on a free transfer, while they are said to be on the hunt for Manchester City superstar Bernardo Silva, disregarding the situation of Netherlands international Frenkie de Jong.

If you add to those club veteran Sergio Busquets, Golden Boy Pedri and academy gem Gavi, without forgetting about the return of Miralem Pjanic – who has left some quite positive impressions during the pre-season – we can actually understand why Nico Gonzalez has opted for such a decision.

In fact, Nico is not lacking suitors at all, thanks to his solid performances with Barcelona last season, as the Spain U21 international has imposed himself as a regular starter with the club before the return of Pedri from injury.

These performances have reportedly attracted interest from Wolverhampton and especially Valencia. The Premier League side are/were ready to bring him on a one season-long loan spell, yet the player in question is reluctant to leave his homecountry, and will most probably head into the third-most populated municipality in Spain. So what would Nico Gonzalez bring to the table for Valencia, led by football legend Gennaro Gattuso?

First things first, and contrary to what most people expects when hearing the name of Gattuso, the latter coach generally opts for a 4-3-3 possession-based high pressing system; it is a bit different from what his style was as a player back in the day, but most importantly it is very close to the style Nico is used to.

Nico is a mixture of physical strength and technicality, his 2.36 successful dribbles per 90 and 72.2% dribble success percentage make him sit in the 99th and 87th percentile, respectively.

He has a Yaya Touré-esque ball progression. He bullies the opposing players with his physical strength and can at any times impress with one of the tasty technical touches of his, completely reminding you that he is not just about power, far from that.

Nico is also a creative player, proved by his 0.13 expected assists, 1.21 key passes and 2.84 shot-creating actions per 90, while also having what it takes to command a game and dictate its tempo, thanks to his vision, advanced game reading and accurate passing (90.4% pass completion, 94th percentile and 75.3% long pass completion, 27th percentile).

Who Can Replace Bernardo Silva at Manchester City?

He can also become a goal threat, if improved well, as he is already on 0.12 non-penalty goals, 0.69 expected goals and +0.02 Goals-xG per 90. His goal against Osasuna (Away) shows that he has an eye for goal and a killer instinct in his locker.

Defensively, he is solid enough. His 2.00 tackles won and 0.54 tackles in the final third (top 4%) 23.42 pressures and especially 5.51 pressures in the final third (top 5%) are things Gattuso would definitely enjoy having in his arsenal. Though, the youngster still has many other defensive aspects to improve if he is to become a future pillar in Barcelona: if he is fairly decent in the air (55.2% aerial duels won), he is not as good in the ground, getting dribbled past 1.51 times per 90, with only 37.5% of dribblers tackled successfully.

In La Masia, Nico has mostly been used as a lone pivot in a 4-3-3 shape à la Busquets, then as a box-to-box since getting promoted to the first team – bar some few matches – delivering some notable masterclasses against Rayo Vallecano away in La Liga and Benfica at home in the Champions League etc…

Yet, after the return of Pedri from injury, and the consistent level of his fellow Masian Gavi, plus the weight of a name such as De Jong, Nico has struggled to get regular game-time, either as a B2B, or in his original role.

During the pre-season, Xavi started to deploy the Galician as a lone defensive midfielder, in all games, clearly trying to make him – or at least test him – as a long-term replacement for Sergio Busquets, with the latter not getting any younger, and the fact that he is essential and one of a kind makes it hard for Barcelona to find someone able to do the same roles as his, with the same quality.

Anyway, Nico has impressed in that role, and showed some very positive glimpses to the Blaugrana fans, and may well turn into that long-awaited Busquets replacement in the future. For that to happen, Nico needs to sharpen his skills and get enough experience to be ready for that mission.

The 20-year-old might be also needed to improve his defensive side of the game if he is to play as a lone pivot making better use of his physical strength. Well, the aggresive possession-based system of Gattuso might be perfect for that and could be a turnout in Nico’s career.