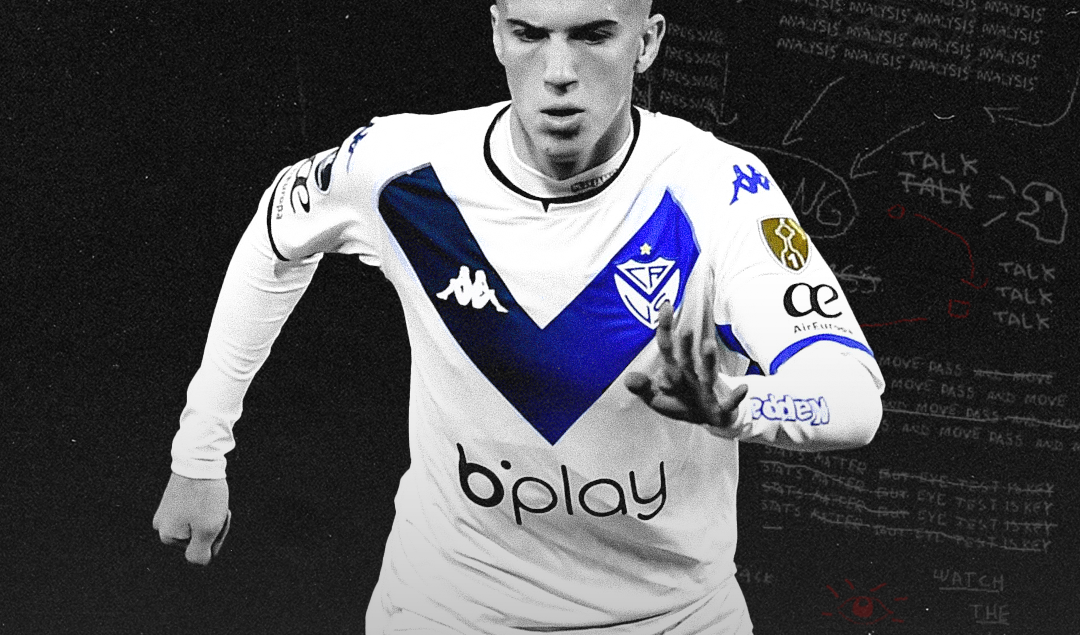 Part of the reason the Argentine Primera Division is so eccentric is down to the fact that not many countries can say that the sport is intertwined with almost every aspect of daily life like it does in the South American nation. “Which club do you support” is one of the first two questions that is asked by the locals when first being acquainted – from strangers on the streets to executives interviewing prospective job candidates, it’s very much the norm.

With Lionel Messi & co. having recently won the World Cup (the country’s first since 1986), the relationship between the sport and social culture is surely set to intensify even further, a good thing some would say. As far as the domestic scene goes, River Plate and Boca Juniors, who share 70 titles between them, are undoubtedly the biggest clubs – with the next closest club having won the league 18 times (Racing Club). While the two Buenos Aires giants are the most dominant teams, other clubs like Independiente, Vélez Sarsfield and San Lorenzo have also enjoyed some success in recent years.

The general pattern when it comes to transfers across the league is to sell top talent to clubs overseas and reinvest the money into their academies or simply buy indigenous talent they can afford and develop. According to an article released in 2021 by statista.com, the third most valuable Primera Division side is Vélez Sarsfield. The club from the Liniers neighborhood in the capital was valued at €65.6 million according to the report. On average, between 2016-2021, the cost of outgoing transfers from the league per summer window was €164,6 million. That figure is surely going to continue to rise as the quality of players being blossomed increases.

In that time Vélez managed to cash in on Thiago Almada (Atlanta United), Matias Vargas (Espanyol), Santiago Caseres (Villareal) and Maximiliano Romero (PSV) – they received about €46 million in total for the four players. This successful project looks set to bear more fruit as a particular academy graduate has flourished in an otherwise forgettable campaign. In Maximo Perrone, the club has a player who is considered to be one of the most talented prospects on the continent. He is a part of an extremely interesting wave of Vélez youngsters which includes, among others, Gianluca Prestianni, Santiago Castro, and Abiel Osorio.

Born in Buenos Aires on January 7, 2003, Maximo joined the club’s Infantil (U11-U13) setup at the start of the 15/16 season, then progressed onto the Juvenil age group (U14-U19). During that period he also represented his nation at the U16 level for the first time in 2019, going on to participate in the prestigious Mondial Football Montaigu held annually in France where he impressed.

Perrone has since made monumental strides since his senior debut earlier this year (on 6 March 2022 in a match against Estudiantes), starting 11 of his 15 appearances in the Primera, with a total of 982 minutes. Regarded as a defensive playmaker, Maximo ranks amongst the top 10 U21’s under that specific profile, as reported by the CIES Football advisory earlier this month.

Defensive playmakers are midfielders who are mainly active in the defensive phase of play and in distribution when building up. Some of the main attributes they’re evaluated on include their ability to recover the ball, both aerially and on the ground.

Another is their ability to create chances for their team. Perrone is adequately proficient in this regard, as he has both the technical and mental attributes needed to perform his duty well. When it comes to individual technique, his ball control and dribbling prowess stand out. Maximo is a remarkably skillful player of rare class – boasting high football IQ and the instinct to control the tempo of play at just 20. 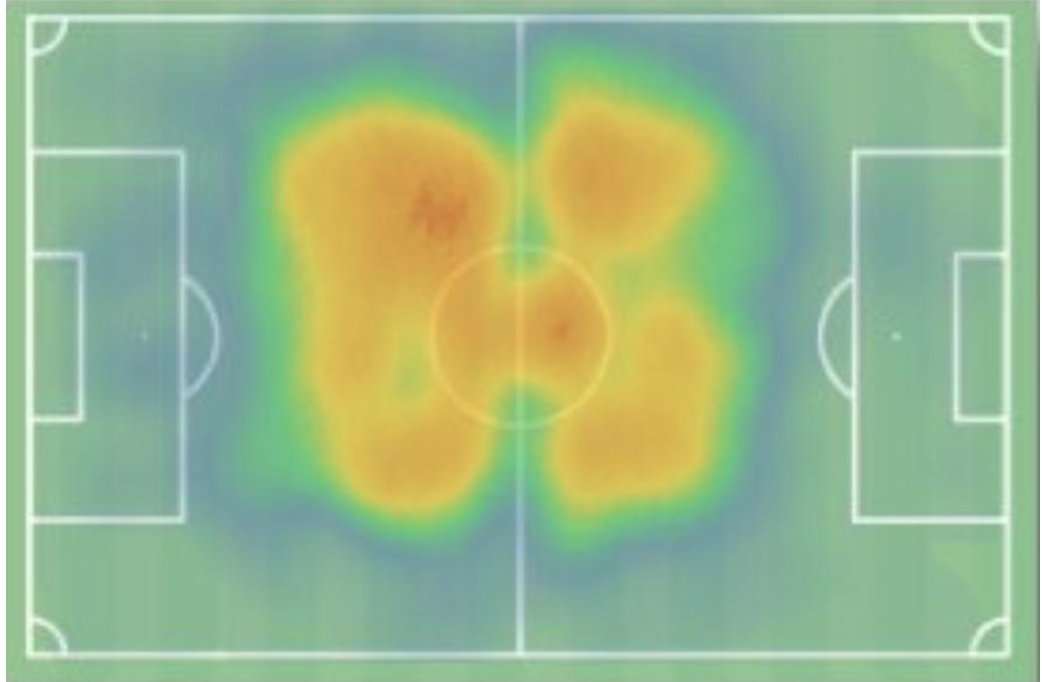 Moreover, Maximo is effective when it comes to connecting defense to attack with great combination play and is the perfect player for teams looking to patiently build up. His good short passing allows him to play dynamically and look for different channels to play into. He completed 614 accurate passes, at an assured rate of 88% in his breakout season.

Perrone understands his teammates’ movements well, which is vital in deciding his next action with the ball. The capacity to break defensive lines he also possesses is invaluable. He does not have many goals or assists to show for his dominance on the ball, but he is the type of player that the more you don’t notice him, the better a game he is having.

Maximo is a multifaceted player having played many positions at the youth level, such as attacking mid, winger and even as a striker. This is all down to the polyvalence of his skillset to adapt in different systems and game models. Nowadays, he plays mostly as a central midfielder and in the demanding box-to-box role from time to time, in order to keep a balance in the team as he has the stamina to cover a lot of ground on the pitch. His range of passing is also very vast.

He had the fourth most successful long passes for Vélez this season, with a success rate of 71.8 %, at an average of 2.6 per game. He may not make the final ball or the key pass frequently, but he’s the one making the pass that gets the ball moving. When afforded time on the ball, Maximo looks for openings to make a big switch to a receiver with enough time and space to comfortably receive and advance the attack.

Defensively, Perrone understands his role well, both when pressing opposition midfielders who are trying to build up from the back and when closing passing lanes, finishing this past season with 22 interceptions (approximately 2 per 90).

He’s also very tenacious in initiating defensive actions, winning the ball 40% of the time in the opposition’s third, displaying a willingness to lead by example. Furthermore, he knows how to position himself for second balls, being a key player in winning back possession and bringing the ball out securely to start the team’s attack from said situations. His other defensive actions are seen below [data via Fotmob]:

To boot, Maximo is a born leader, having been entrusted with the honor of captaining most of the youth teams he’s played on, the same role he has accomplished successfully for the U16 and U20 sides at national level. On occasion, he’s even worn the armband for the first team. He has been compared to Thiago Motta in terms of style and the way he carries himself – it’s easy to see why with his leadership skills and of course his stellar left foot.

To develop his game even further he still has to progress physically, in terms of strength, as his position depends a lot on that aspect. In addition, he’ll need to polish up on the consistency of his decision-making: tends to make simple and risky passing mistakes sometimes, which is expected as he is still young. Another would be the use of his weaker right foot, which would make his ball carrying and passing less predictable, lastly sometimes he’s overly aggressive when defending causing unnecessary fouls and getting booked for it (received 9 yellow cards last season).

With his contract expiring in less than 12 months it’s looking very likely that the young Argentine will be headed to greener pastures sooner rather than later. What’s to like even more about his prospective move is that it won’t be too costly as we could see him bought for less than €15 million (apparently has a release clause of around €8 million), which would be a massive coup for whoever decides to “take the gamble” and invest in the youngster. One to certainly keep a close eye on in the next couple of years if all goes according to plan.