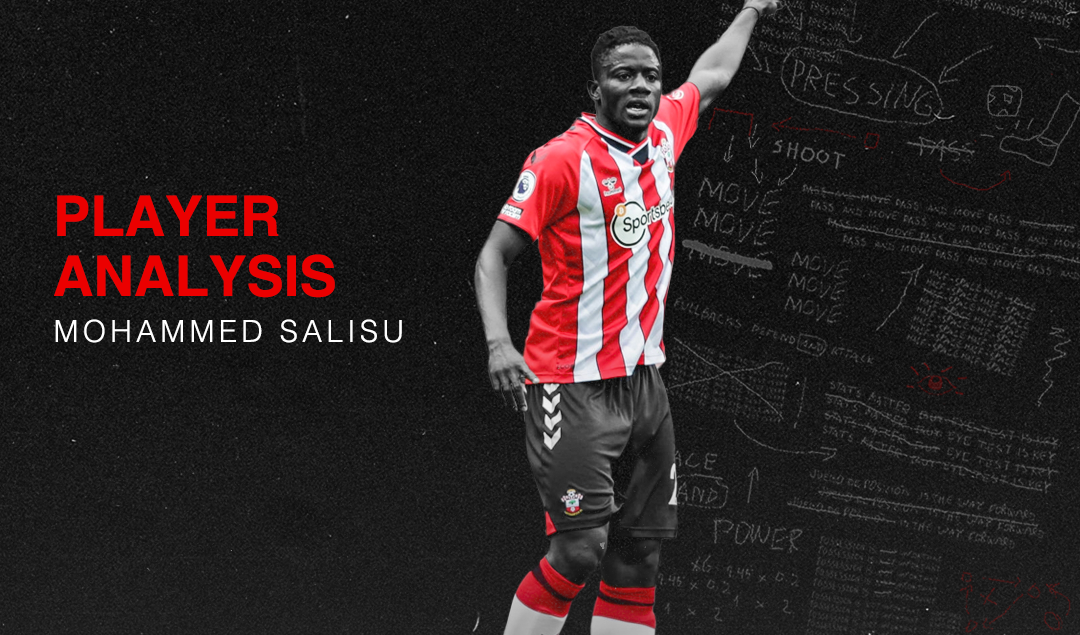 In football, a player’s career can change for better or worse in an instant. That was certainly the case for Mohammed Salisu, who went from an unknown quantity to one of the most promising defenders in Spain in just one day. Despite only being used sparingly in preseason under manager Sergio González, Salisu was given his league debut in the Real Valladolid’s 2019/20 La Liga opener against Real Betis.

With Federico Barba still suspended after picking up a red card for Chievo Verona three months earlier, and with the club having neglected to purchase a replacement for Fernando Calero, Salisu was thrown into the deep end, but ended up impressing as the Blanquivioletas managed a 2-1 victory. He passed the test with flying colors, and excelled against Real Madrid and Levante. By the time the summer transfer window had closed, it was neither of the loan arrivals — Javi Sánchez and Barba — who was starting alongside Kiko Olivas in defense, but Salisu.

Salisu reaped the rewards of manager González’s trust, as well as the fortuitous circumstances that landed in his favor. On March 27, 2019, Bayern Munich smashed their transfer record to bring in Lucas Hernandez from Atlético Madrid for €80 million. In turn, the Rojiblancos brought in Mario Hermoso from Espanyol for €25 million plus another €4 million in add-ons, well below his €40 million release clause. This set off another chain of events; Espanyol signed Fernando Calero, who had blossomed for Real Valladolid the prior season, for a reported fee of €8 million.

Whereas Calero has struggled to justify his lofty price tag in Catalunya and finds himself second-choice to new signing Sergi Gómez and Leonardo Cabrera, Hermoso struggled in his first season at Atlético before emerging as a starter as Diego Simeone’s Rojiblancos clinched their first league title since 2013/14. Lucas Hernandez has shown moments of promise for the Bavarians but has struggled to steer clear of injuries during his time at the club.

Mohammed Salisu, on the other hand, quickly emerged as one of the promising central defenders in Spain before earning a move to Southampton in August 2020, with Saints triggering his £10.9 million release clause and penning a four-year contract. The Ghanian found himself on the treatment table more often than the pitch during the first half of the season and only made his debut on February 11, 2021, keeping a clean sheet against Wolves and leading his side to the quarterfinals of the FA Cup.

Salisu managed to string together a run of starts under Ralph Hasenhüttl, delivering a strong display alongside Jannik Vestergaard in a 1-1 draw against Thomas Tuchel’s Chelsea, but consecutive losses to Leeds and Everton saw him relegated to the bench in the following match against Sheffield United. He played out of position at left back in a 2-5 thrashing against Manchester City and would not regain his starting spot for another six weeks, once again being utilized on the left side of a back four against Tottenham Hotspur.

He held his own against Gareth Bale, completing a team-high 6 tackles, 5 clearances and 5 blocks, although he was unable to stop Saints from throwing away their early lead as goals from Bale and Heung-min Son gave Ryan Mason the three points in his first ever match as a Premier League manager. In total, Salisu ended the 2020/21 season with 15 appearances for Southampton, including three straight 90-minute appearances to close out the league campaign.

Southampton have seen several key players depart St. Mary’s Stadium this summer, with Aston Villa signing attacking talisman Danny Ings for a reported fee of £25 million, Ryan Bertrand joining Leicester City on a free transfer, and Jannik Vestergaard following Bertrand to the King Power Stadium for a fee of £15 million. Vestergaard’s exit has opened the door for Salisu to establish a starting spot in the heart of defense alongside Jack Stephens, and so far, the Ghanian has passed the test with flying colors.

Born in Accra, Salisu grew up in the smaller city of Kumasi, before moving back to the capital when he was 13. It was there where he was discovered by Fran Castaño, who left his job in Spain to create the African Talent Football Academy. Castaño took note of his talent, saying, “He seemed very elegant and he was also left-footed. His technical level was very high, and he didn’t boot it long, but instead, played it short.”

Despite having to borrow a friend’s cleats for practice, and despite having not played association football in years, Salisu’s talent shone through. Castaño called the legendary Víctor Fernández, Valladolid’s third all-time leading scorer and academy coach. After seeing three matches of him, Fernández’s mind was made up: he wanted him in his team.

Salisu left the dirt pitches of Ghana for cold and windy Valladolid in October 2017, where he would develop in the youth sides under the tutelage of Fernández, Alberto Marcos and Miguel Ángel Gómez. Despite the sharp change in style, Salisu shot up through the ranks with remarkable ease, going from the Juvenil A side to the Promesas side. Such were his promising performances in the third division that González rewarded him with his first-team debut against Getafe in the Copa del Rey Round of 16. Eight months later, he was already an undisputed starter in La Liga.

There were painful reminders of his youth and inexperience in Spain, such as the September encounter against Villarreal, where he clumsily brought down Javier Ontiveros and conceded a penalty which would then be converted by Santi Cazorla for the opener. He struggled to offer the same security in possession as Calero did, but with his technical attributes, his raw physical power and pace, and his mental toughness, Salisu quickly made the supporters at the Estadio José Zorrilla forget about Calero.

After the costly penalty against Villarreal, González kept his faith in the youngster, saying, “He is a physically imposing player that doesn’t have any brakes. Only games and experience will make him improve, otherwise, he stopped many shots, was very strong in pressure, moved through the lines well and played a good match.”

Alongside the veteran Kiko, 11 years his senior, the two formed a solid center back pairing, with the Andalusian’s cool and composed nature gelling to perfection with the Ghanaian’s energetic, aggressive style. Only Real Madrid, Barcelona, Atlético Madrid, Sevilla, Getafe and Athletic Club shipped fewer league goals than Valladolid (43), and even against the likes of Rodrigo Moreno, Willian José and Diego Costa, Salisu did not shrink from the occasion, dominating aerial and physical duels, snuffing out chances, and consistently improving on the ball.

It is little surprise, then, after a comfortable midtable finish in 2019/20, Valladolid ended a two-year spell in La Liga the following season, scoring two more goals from the prior campaign but simultaneously conceding 14 more goals. The arrivals of Javi Sánchez, Jawad El Yamiq and Bruno González on permanent deals failed to fill Salisu’s vacancy and resulted in relegation, with Sergio González receiving the boot after a three-year spell at Pucela.

Salisu is quick at covering space and stepping off his line to intercept danger, and he has the mental fortitude to dust himself off after mistakes and fight for the victory. At 22 years of age, he still has plenty to improve upon, but he has already shown signs of becoming the new leader of Southampton’s defense and following in the footsteps of José Fonte, Virgil van Dijk and Dejan Lovren. Whether it will be Stephens partnering him in defense this season or Jan Bednarek or Lyanco, who joined from Torino for €7.5 million plus €2.5 million in bonuses, remains to be seen.

As a left-footed center back with an imposing physique and a stubborn refusal to back down in challenges, Salisu cites Sergio Ramos and Samuel Umtiti as inspirations. If he can continue his meteoric rise and showcase his skills in the world’s most-watched league, Barcelona may very well find themselves cueing up at St. Mary’s to replace Umtiti with Southampton’s 22-year-old rising star in defense.