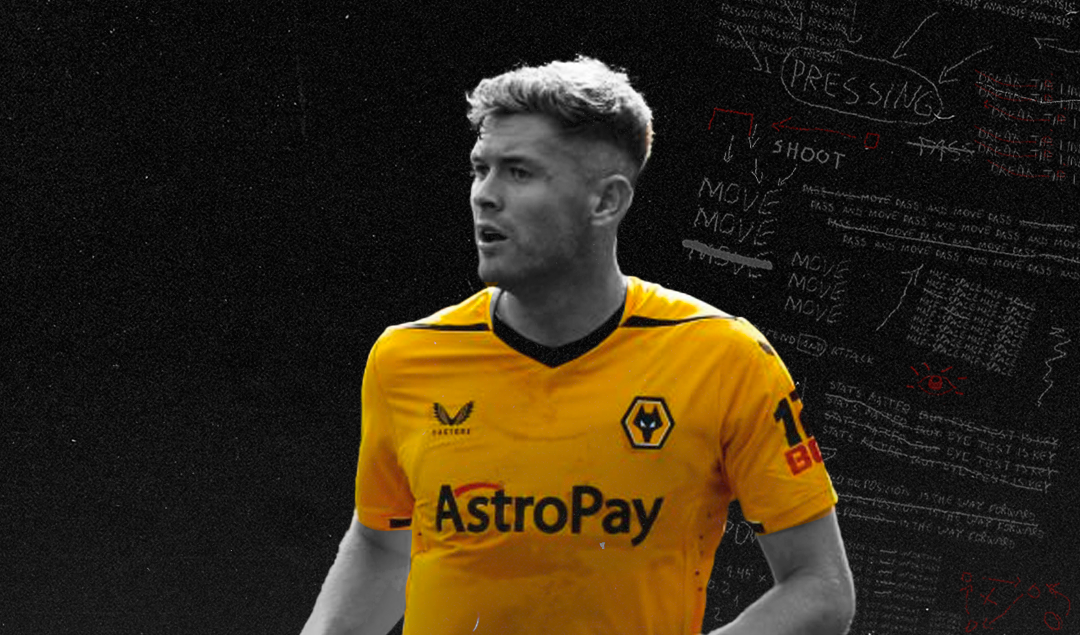 After getting promoted from Stoke City’s youth setup, Nathan Collins joined Burnley last summer. He enjoyed a breakthrough season with the Clarets, which caught the eye of several Premier League clubs. At first glance, he strikes as a typical old-fashioned stopper because of his intimidating build, but he has shown he is more of a modern-day defender, and the form he displayed for the Clarets drew comparisons with Harry Maguire.

No, not the one who seems to have lost his way with Manchester United, the one whose performances for Leicester City convinced United to shell out £80 million and make him the most expensive defender in Premier League history in the first place. Both players share similar profiles with a towering presence, a leader of the back line, and a tendency to carry the ball up the pitch.

Collins impressed Wolverhampton Wanderers enough for them to make him the most expensive Irish football player of all time after just one season with Burnley. They paid £20m for his services, surpassing the £18m Liverpool coughed up to sign Robbie Keane from Tottenham Hotspur in 2008. Wolves had just lost Romain Saiss on a free transfer to Besiktas, so they needed a leader to come in.

Since he joined Wolves, he has slotted into the centre of Bruno Lage’s back three alongside Jonny Castro and Max Kilman, but when Lage has decided to go with a back four instead, the Irishman is paired with Kilman and has shown he is adept at playing in whatever structure the Portuguese manager chooses.

Wolves are always a hard nut to crack in terms of conceding goals, and Lage has further solidified the defence since he took over as Wolves manager in July 2021. His defensive record is quite remarkable as only the teams that finished in the top four conceded fewer goals than Wolves last season, and Collins has come in to help maintain that impressive record.

Standing at 6ft 3in, Collins is a mountain in the air. Last season, he ranked in the 98th percentile for blocks, as well as the 97th percentile for aerial duels won among fellow centre-backs in Europe’s top five leagues. He has already demonstrated his aerial prowess this season, winning 54% of his aerial duels. His strong tackling ability means he is hard to get past, winning 52% of his ground duels so far.

Collins emits confidence and comfort on the ball, which has also earned praise and his distribution is pivotal to Lage’s style of play. His confidence allows him to thread risky progressive passes through half-spaces, and he has completed 63% of his long passes in his five starts this term which is a stark contrast to the numbers he put up last season.

Per FBRef, he was among the bottom 4% in the league for his total number of attempted passes, while he was in the bottom 3% for completed passes.  However, those stats are due largely to Sean Dyche’s direct style at Burnley, with the English manager eschewing a playing style that slowly plays out of the back with careful passes.

Collins’ dribbling prowess and ability to carry the ball through distances from defence help Wolves break the opposition’s first line of the press with little effort. He has completed every dibble he has attempted so far this season. He does not seem to be heavily affected by the transition from a Burnley side that prefers a more direct style of play to a Wolves side that looks to retain possession and play out from the back.

The 21-year-old is also an intelligent defender with impressive positional awareness. He is good at reading the play, which allows him to quickly identify where the danger is and pop up in the right place at the right time to snuff it out.

However, despite being a very promising talent at such a young age, the Irishman is not quite the finished article. He still has a lot to improve in his game, including his decision-making ability. At times, Collins holds onto the ball for too long, inviting unnecessary pressure on himself without an extra man available to release the ball. It has sometimes caused him to lose the ball in dangerous areas, giving opposing teams counter-attacking opportunities.

Although, you would not blame him as he is not used to Lage’s style of playing out from the back, having been used to a more direct style under Sean Dyche at Burnley, where he was instructed to go long and direct. His height and intimidating body size and weight do not affect his admirable technical ability, but it directly impacts his speed, agility, and ability to defend on the front foot, which could see him struggle in 1v1 situations against forwards with prolific dribbling abilities.

The Irishman sometimes lacks the aggression to defend high up the pitch because he can be slow to turn, which puts him in precarious situations when an opponent running at him changes direction or speed. Fortunately for him, Lage sometimes employs a mid-block setup rather than a deep block, which prevents Collins from being exposed by opposition forwards.

While his current style enables him to thrive in a low block, he would need to improve on that aspect of his game if his long-term desire is to play for a top club in Europe, as the big teams prefer keeping a high defensive line.

Collins comes from a long line of football enthusiasts, so you just know he was born for the game. He started his career progressing through the youth ranks at Stoke City, and his impressive performances for the Potters saw him become the club’s youngest ever captain at 18 years old.

So far, his hard work, determination, focus, and grit have taken him to a strong team that is more likely to battle for a place in Europe rather than sweat about relegation in a highly competitive league, which is paramount for his continued development.

Collins is a sturdy defender who already seems to have all the physical and technical characteristics to fit seamlessly into any defensive line and system. At just 21 years old, the Leixlip-born Ireland international defender has a long future ahead of him in the Premier League. If he can build on his impressive performances for Wolves, it would not be long before the English top guns come calling for his signature.