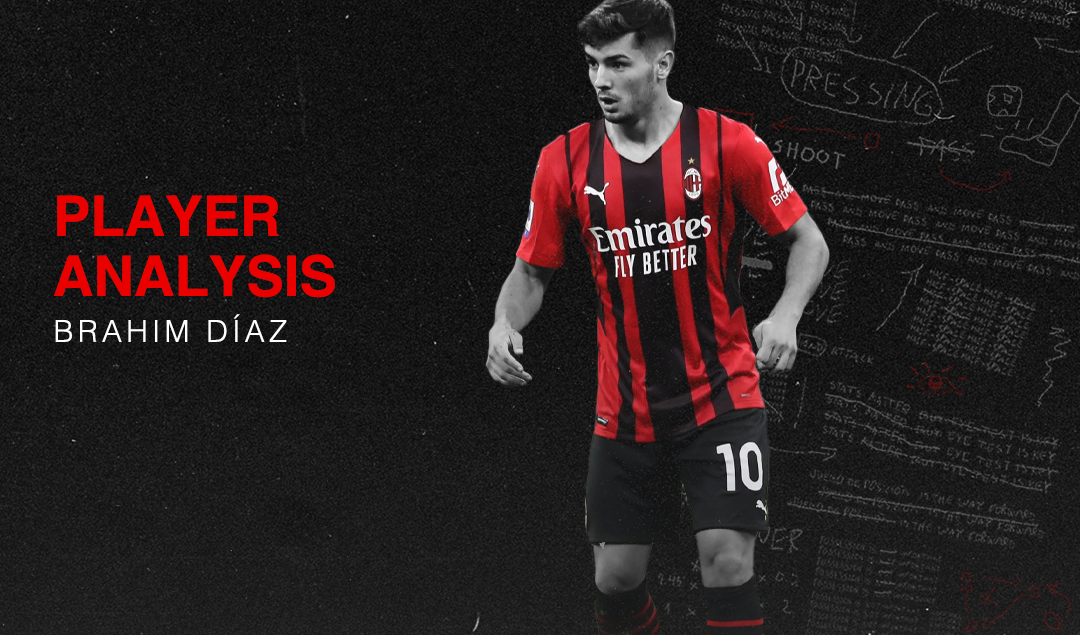 After the conclusion of the 2020/21 season, Italian giant AC Milan saw two key players leave the club on free transfers and this prompted its directors to look for replacements.

Goalkeeper Gianluigi Donnarumma joined French club Paris-Saint Germain and the Rossoneri replaced him with Mike Maignan from Ligue 1 champions Lille for a reported figure of €15 million. Meanwhile, attacking midfielder Hakan Çalhanoğlu left for city rival Inter, but completing a deal for an apparent replacement was not easy.

Nikola Vlašić from CSKA Moscow drew AC Milan’s attention but the Russian club wanted €30 million for the Croatian international and he eventually transferred to West Ham United in the English Premier League. Slovenian veteran Josip Iličić was also a reported target but Il Diavolo could not complete a deal for the 33-year-old.

For Spanish youngster Brahim Díaz, those failed transfer moves were a blessing in disguise. After spending the 2020/21 season on loan from Real Madrid, the attacking midfielder had his loan at the Rossoneri extended for another two seasons for a fee of €3 million and he has become an influential figure on the pitch. Wearing the number 10 jersey and carrying the burden of creating play for AC Milan under Coach Stefano Pioli, the extra responsibility for the 22-year-old has allowed him to blossom and mature as a player.

Born in Málaga, Spain to a Moroccan father and a Spanish mother, Brahim came through the youth system of his hometown club before Manchester City acquired him at the end of 2013. He rose up the youth ranks at the English club before making his competitive debut for the Citizens at senior level as a substitute in their 2-1 victory against Swansea City in the Carabao Cup in September 2016.

In that same year, he also starred for Spain at the European Under-17 Championship, which the Spaniards lost to Portugal in the final. Brahim remained at Manchester City until January 2019, when he was purchased by Real Madrid for €17 million.

AC Milan decided to sign him on loan for the 2020/21 campaign and Brahim finally gained the valuable playing a player his age needed. He would go on to play 39 competitive games and score seven goals for the Rossoneri but it did take some time for him to adapt to Italian football and for Pioli to find the ideal role for the Spaniard in his 4-2-3-1 formation.

The attacking midfielder scored his first Serie A goal in his first start, a 2-0 victory against Crotone in September 2020, but he would find himself coming off the bench as a substitute more often than not. Çalhanoğlu had that attacking midfielder role secured so Pioli would sometimes try Brahim on one of the wings.

In the Europa League, the Spaniard earned more playing time, and he made an impact in the group stage, scoring three goals in six appearances as AC Milan went on to finish on top of Group H. The Rossoneri reached the Round of 16 and were eliminated by Manchester United while the youngster failed to score in the knockout ties.

It was in the latter stages of the Serie A campaign in which Brahim was able to make a greater impact in matches. In the Week 28 clash away to Fiorentina, the Rossoneri were 2-1 down early in the second half but the youngster scored the equalizer and they earned a 3-2 win thanks to a Çalhanoğlu goal.

Arguably his best performance of the 2020/21 season was in the Week 35 game against Juventus, which AC Milan earned an emphatic 3-0 victory in Turin. The attacking midfielder impressed with his passing and dribbling, and the icing on the cake was his goal to opening the scoring, which was a fabulous bending shot that went into the top right corner.

Brahim followed that performance with a goal and an assist in the next game against Juventus’ city rival Torino.  It was the Rossoneri’s second league game in a row in Turin and this time they smashed the Granata 7-0.

The Spaniard finished the season with four goals and three assists in 27 Serie A games and he would also go on to make his senior debut for Spain soon after. Although he was selected for the Spain Under-21 squad, Sergio Busquets contracted COVID-19 and the senior squad had to go into isolation.

The Under-21 side had to face Lithuania in a friendly but the youngsters dismantled the Lithuanians. Brahim played the full 90 minutes and he scored the second goal in La Furia Roja’s 4-0 victory. After making a positive impression at AC Milan, the club renewed his loan deal for another two seasons and his form so far in Serie A has been impressive, scoring three goals and providing an assist in six games.

The Rossoneri are currently second on the Italian league table with 16 points after six rounds and they are just two points behind league leaders Napoli. In the Champions League, Il Diavolo are on the bottom of Group B with no points, but the results do not reflect on the performances of AC Milan and Brahim in particular.

Milan lost 3-2 away to Liverpool in the opening round of Group B but it played well for parts of the game and Brahim had given the Rossoneri a 2-1 lead before half-time. The Spanish youngster was in excellent form against Atletico Madrid and he supplied the pass for Rafael Leão to open the scoring. Despite going down to 10 men, it took a controversial penalty for Il Diavolo to eventually succumb to a 2-1 defeat.

Although great players like Gianni Rivera, Ruud Gullit, and Rui Costa wore the number 10 jersey in the past for AC Milan, Brahim does not feel the weight has been put onto his shoulders.

“It is an honour to have the jersey of Milan on my shoulders,” he told Sport Mediaset in late September. “I only want to do well for me, the team, and the fans. I like the personality and I know that it is a great responsibility, it’s not a problem.”

There are reports that Brahim could be bought outright by AC Milan for €19 million and if he maintains his current form, that figure might seem like a bargain in the future. After struggling to gain opportunities at Manchester City and Real Madrid, the 22-year-old has found a place where he belongs.