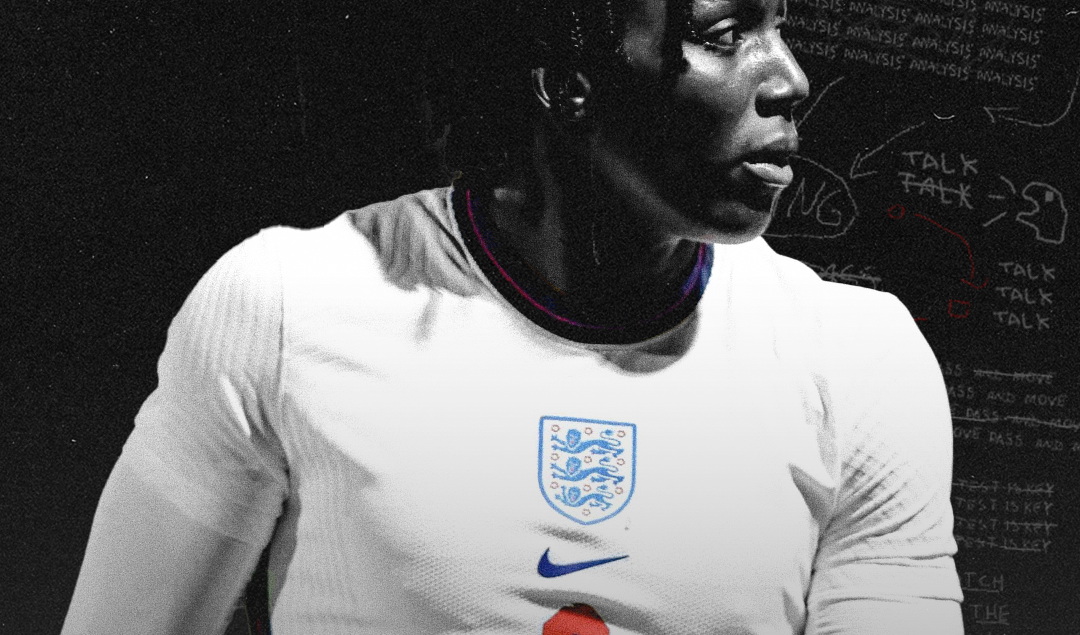 When it comes to finding the sweet spot between substantial and strenuous integration of academy graduates, Arsenal have a more intriguing recent history than most.

Arsene Wenger helped establish a great reputation in doing this only for it to be diminished somewhat in the years following his departure. However, one of Mikel Arteta’s greatest successes at the Emirates since taking charge has been to replicate Wenger’s work in giving exciting homegrown talent a platform to shine.

Partner that with a smart, forward-thinking recruitment plan and on the surface, you arguably have the team best equipped Premier League team to compete with Manchester City and Liverpool mid to long-term, and the outstanding development of Bukayo Saka and Emile Smith Rowe has been largely down to the trust Arteta has put in them and the freedom this has facilitated.

Unfortunately, the arrival of the Spaniard came at the wrong end of the formative years of Reiss Nelson and Ainsley Maitland-Niles, for instance, but for players aged 21 and under, they’d struggle to find themselves in a more exciting situation.

As Nelson and Maitland-Niles edge closer to the end of the conveyor belt, more space has opened up for the likes of 18-year-old Brooke Norton-Cuffy who, after a successful with Lincoln City last season, might just find himself in Arsenal’s first team plans sooner than expected.

It would be for good reason as well, the right-back has taken to senior football with sublime confidence and quality that quickly exceeded League One level, but the sample size of Norton-Cuffy’s electrifying displays may be too small for him to mount a serious push for the first team squad next campaign.

“He’s destined for greater things.” Ben Ward of Lincoln City podcast and fan site Stacey West tells Breaking the Lines. “His physical presence alone would indicate that, and his ability backs that up. If he keeps on this trajectory, I can see him knocking on Arteta’s door within the next year or two.”

Ward admits: “At first, Brooke looked to be another body in the building, which was what we needed due to an injury crisis.” This was a universal sentiment with everyone associated with the Imps. Nobody anticipated the impact that Norton-Cuffy would go on to have in the second half of the season.

Initially, Norton-Cuffy found it difficult to acclimatise to men’s football, especially when tasked with playing on the right of a back four. The Arsenal man’s high-octane approach which sees him flourish in full flight was stagnated by the fact that he looked slightly more cautious of taking his man on when carrying from deep and would naturally take up less threatening positions to receive the ball from in order to cover himself.

Out of possession, opposition forwards would drift towards his channel in the hope of isolating a less physically commanding player. It was unsurprising to see a teenage full-back struggle when battling against an experienced striker with their back to goal or in an aerial duel, but such scenarios didn’t crop up too often and he was hardly ever left exposed due to his recovery speed.

This is demonstrated in the contrast between the duels Norton-Cuffy wins, with 28% success in aerial duels and 63% of defensive duels in 2021/22. Such a clear juxtaposition is in part down to his stature, but also a lack of strength and distribution of weight from a standing start. This will come with age, especially given how well he uses his body and shows great balance to get across his man when running at full speed.

It is that particular skill that lends itself to the more athletic demands of a wing-back role, which is why drastic improvements occurred when Michael Appleton reverted to a back five for a brief period in March.

Moreover, it is also worth mentioning that Norton-Cuffy’s eagerness to go forward would leave Lincoln quite open on the counter-attack, though it soon became apparent that alleviating his defensive duties and trusting him to contribute further forward was a strategy they could benefit hugely from.

This breathing space enabled Norton-Cuffy to collect possession in positions that would take the opposing winger out of the game and open up the pitch for him to drive at the defence.

He prefers creating separation between him and his target in order to build momentum before dribbling past players with ease, using great ball control to pivot rather than accelerating from a standing start. Hence why, when stood up by a defender, he will often choose to play a one-two and sprint in behind than go alone.

It is quite unusual to see a player’s strength and stability improve the quicker they run, but opponents who could outmuscle Norton-Cuffy in other circumstances are brushed aside when running next to him, and lightning speed gives him the edge in unfavourable battles to get his body in front of them.

Once Norton-Cuffy gets going with the ball at his feet, he’s incredibly difficult to stop, but this can also be to his detriment. At times, he is susceptible to releasing the ball later than is optimal, but this has improved during his time at Lincoln and when he does slow down after identifying a good option, be it across field, in behind or in the box when he reaches a crossing position, his weight and direction of pass is typically on the money.

The newfound freedom gained in a more attacking role means he looks much more comfortable in driving into central areas or down the line with the ball whilst showing similar poise and aggression when closing down opponents in the knowledge that there will be cover if he overcompensates to no avail.

According to Wyscout, Norton-Cuffy has averaged 0.6 shot assists per 90, 6.3 dribbles and 3.91 progressive runs, the third-highest of any U21 player in League One last season. When an ever-increasing confidence in his own technical ability and explosive dribbling combines, Norton-Cuffy has proved on multiple occasions that he’s capable of taking over a game from the wing-back role.

As a result, with more than two-thirds of Championship teams primarily deploying a five-back formation, the second tier seems like the natural next step for Norton-Cuffy. “I think a season in the Championship will put him in good stead for playing higher up.” Ward continues.

“He’s developed massively against some physical teams in League One but I think the Premier League is a step too far just now. Another loan spell with a decent coach should help iron out those mistakes and turn him into a more rounded player.”

Working under Michael Beale at QPR would be a smart choice, as would Swansea and Russell Martin, Coventry and Mark Robins amongst many other potential suitors. With a striking resemblance to Djed Spence, Norton-Cuffy could well break out in a similar fashion next season. He undoubtedly has the quality to succeed in a team in pursuit of promotion as well.

That being said, the next move depends on how Arsenal choose to utilise the 18-year-old in pre-season. Whether he is kept as part of their plans or sent elsewhere, Norton-Cuffy’s path towards the first team already looks set, and as long as Mikel Arteta’s Arsenal tenure lasts, you’d expect the youngster’s rise to stardom to be in good hands.