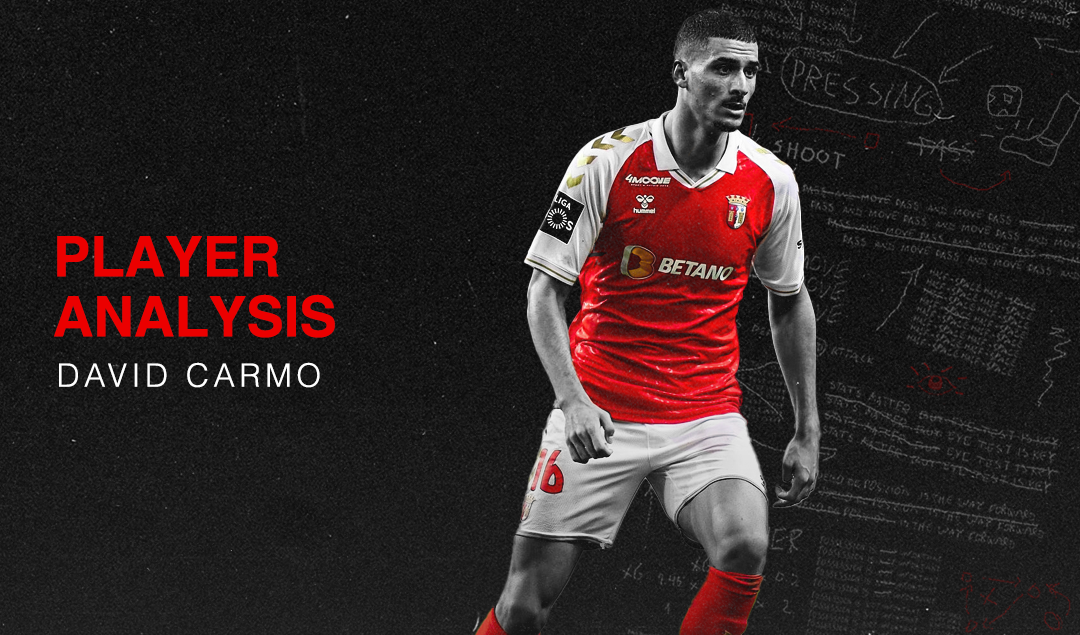 Portugal began their 2018 UEFA U-19 Euros adventure on July 16, taking on Norway in the Hietalahti Stadium in Vaasa, Finland. Despite missing several key players such as Diogo Dalot, João Félix, Diogo Leite, and Rafael Leão, Portugal came out victorious in their opening group stage match, as a Miguel Luís goal at the cusp of halftime was sandwiched between a brace from Braga winger Francisco Trincão, who took advantage of Félix’s decision to forego the tournament in order to train with the Benfica first team.

The following match, however, would deliver a cruel blow to Hélio Sousa’s side, as captain Diogo Queirós was sent off in the ninth minute for a dangerous last-ditch tackle on Moise Kean. Faced with a selection dilemma, Sousa decided to sub off Benfica winger João Filipe and bring on Braga center back Davide Carmo, but it was to little avail as Italy came out as victors by a 3-2 scoreline.

With Romain Correia and Carmo as their new center back pairing, Portugal coasted to victory whilst simultaneously keeping clean sheets against Finland and Ukraine, setting up a rematch with Italy in the Final.

This time, however, Portugal prevailed 4-3 in extra time via goals from Trincão and Pedro Martello as well as a brace from João Filipe. Two years after hoisting the U-17 Euros in Azerbaijan, Portugal were once again the champions of Europe.

Carmo would have to wait another 18 months before getting his first senior opportunity at club level, replacing Raul Silva at halftime in an away match with FC Porto. Despite conceding a penalty to Otávio which Tiquinho Soares failed to convert, Braga came away as victors. He returned to action 12 days later, coming on as a second-half substitute after Silva picked up a booking as Braga defeated Moreirense at the Parque Joaquim de Almeida Freitas.

When Braga faced off against Sporting in their following match on February 2, Carmo was given his full debut on the left side of the back three, and his team picked up a 1-0 victory on the back of a late goal from Trincão and an impressive performance from Carmo, who would retain his place in the starting eleven for the rest of the season as Braga clinched third place and automatic progression to the Europa League group stage on the final matchday of the season after defeating champions Porto at home.

At 21 years old, Carmo has established himself as one of the finest young center backs in Iberia for Carlos Carvalhal’s Braga, who currently sit third in the league table. It has been far from a straightforward path for Carmo, who began his development at local club Beira-Mar before joining Benfica’s academy in 2011. He would last just two years in Seixal being released due to his lack of height; now 6’5″ tall, Carmo towers over most Liga NOS strikers with a physicality that belies his tender age.

Carmo bounced around several smaller clubs before joining Braga’s academy at the age of 16. Whilst he received his first call-up to the first team on May 17, 2019, he would have to wait another eight months before making his professional debut under Rúben Amorim. His performances quickly attracted attention from across Europe, with the likes of Fiorentina, Manchester United and Liverpool reportedly taking an interest in the Portuguese defender.

SC Braga – Building for a Title Challenge and a Brighter Future

After originally struggling to secure a permanent deal for Chris Smalling, Roma turned their attention to Carmo, offering a loan deal with an obligation to buy of €15 million in the summer of 2021. However, Braga rejected the Giallorossi’s offer for the 21-year-old, and just two months later, they renewed his contract until 2025, increasing his release clause to €40 million.

As a left-footed center back, Carmo is capable of breaking the lines and advancing the ball into the second phase of build-up thanks to his various attributes. Typically playing as the central defender in Carvalhal’s back three, Carmo is skilled at progressing possession thanks to his unique vision and ability to dribble forward and progress the ball through the lines with pinpoint passes.

In the above example, Carmo beats the pressure and takes out several lines of Benfica’s midfield and attack to find an attacker by the halfway line and instigate a foul.

Whilst Carmo has reached incredible levels at 21 years of age, there are still a few facets of his game that he must improve if he is to take the next step. Physically, he is a robust defender, but his bulky frame can often see him exposed against agile and quick strikers. He can struggle in terms of timing his tackle, either committing too early or waiting too long to make an intervention, and his aggressive style of defending can leave him vulnerable at times.

We saw an example of this in Braga’s friendly match against Benfica on September 2. Carmo overcommits and gets drawn out to the flank, allowing Pizzi to easily dribble past him and find Carlos Vinícius, who converts the equalizer.

One of the biggest reasons why teams like Liverpool and Roma are already registering interest in the Portuguese defender is his aerial ability. At 6’5″ and 181 lbs, he has what it takes to go up against the bulkiest, meanest strikers in Portugal and win aerial duels.

Whereas in the first example, Carmo positions himself well and nullifies a potential counterattack by beating Vinícius in the air and heading the ball out for a throw-in, we can get a glimpse of his aerial ability on the other side of the pitch in the below example.

Iuri Medeiros fires in a tempting corner kick into the center of the box, and Carmo attacks the space, barging his way past the Benfica defenders, but his header sails well above the post and goes out for a goal kick. Indeed, if he is to score his first goal at the senior level, he will need to improve the placement and timing of his headers on the training ground.

Carmo has been one of the biggest revelations in Portugal this season, providing solidity and impressive vision to a Braga side that is making a strong push for a Champions League spot — currently sitting one point behind second-place Porto. However, as the saying goes: what goes up, must come down.

Sérgio Conceição’s Porto paid a visit to the Estádio Municipal de Braga for the first leg of the Taça de Portugal semifinals. Mehdi Taremi opened the scoring early on against his former manager, capitalizing on an error from Braga goalkeeper Matheus and scooping the ball into the back of the net from long range. Porto came close to adding a second but were held to a one-goal lead by a defiant Matheus. Then in the 65th minute, the unthinkable happened.

As Porto’s Luis Díaz sprinted down the left flank, Carmo attempted to intervene, but the Colombian winger’s shot was deflected by Matheus for a corner kick. It just so happened that a millisecond after his shot, Díaz’s boot caught Carmo’s ankle, leading to a controversial VAR-aided expulsion. Unable to continue, an ambulance entered the pitch to take him to the hospital, but after getting stuck in the mud, both Porto and Braga’s players were forced to push the ambulance off the field.

The entire ordeal led to 12 minutes of injury time, and Braga took advantage. After a heated scuffle, Mateus Uribe was sent off for headbutting Ricardo Esgaio; both Esgaio and André Horta received yellows for their roles in the altercation. In the 101st minute, Cristian Borja found Nicolás Gaitán at the edge of the box, and the Argentine’s cross made its way to Andraž Šporar, who, like Borja, joined Braga on February 1 as a makeweight in Sporting’s €16 million purchase of Paulinho.

Šporar’s header bounced off the post and rebounded into the path of Fransérgio Barbosa, who smashed home the equalizer. On March 3, the two sides will duel it out for their place in the Taça de Portugal Final, where they will face either Benfica or Estoril (Benfica won the first leg 3-1). Carmo, meanwhile, will miss the rest of the season after fracturing his right ankle.

🗣 @vitor_proeleven: “[David Carmo] can play with the ball, between the lines, he’s very fast and aggressive, so I think he will be a huge talent in the future. He has the mentality, the physicality, he’s got it all.”

David Carmo’s breakthrough season has come to a painful end in February, and he will almost certainly miss out on the opportunity to participate in this summer’s UEFA European Under-21 Championship. However, if he can dust off the cobwebs and recover his top form, Carmo will have a chance to stake a claim for his spot in the upcoming 2022 FIFA World Cup.

When football’s most hallowed tournament kicks off in Qatar, Pepe will be 39 years old, whilst José Fonte will be 38. After getting back to basics at Braga, Carmo will be looking to beat out the likes of Domingos Duarte and Rúben Semedo and win a spot alongside Rúben Dias in the heart of the Seleção’s defense.