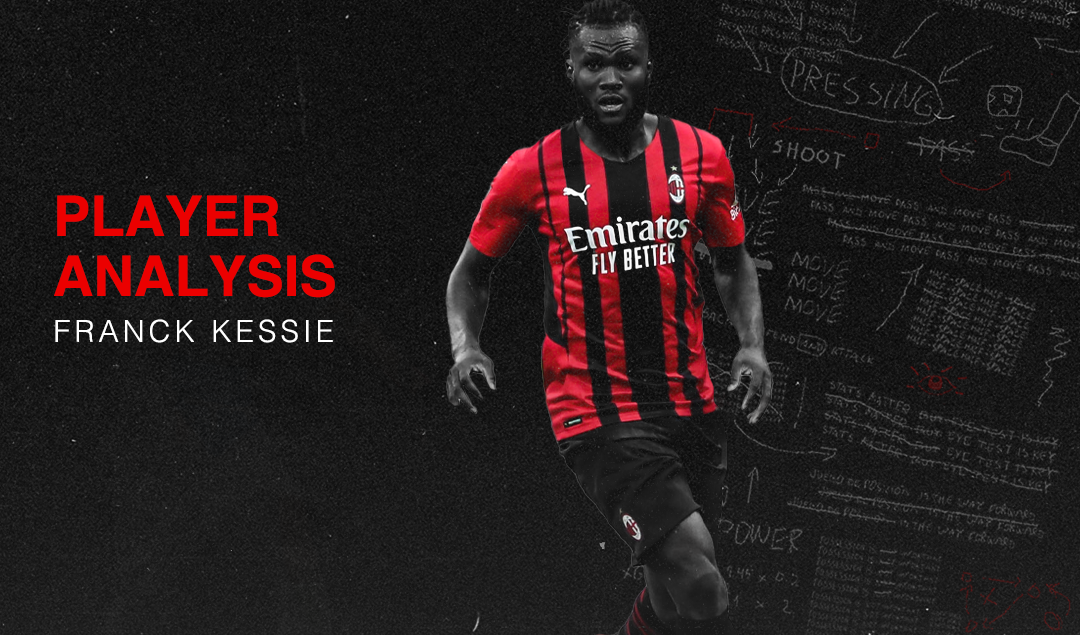 Franck Kessié left his native Ivory Coast when he was 18 years old. He had already made appearances for his country at senior level before he made the move to Italy in 2015. Despite some struggles adapting to Italian football, the 24-year-old has become one of the best midfielders in the league.

Kessié came through the youth system at Stella Club d’Adjamé before he was acquired by Atalanta in January 2015. He spent time in the Primavera squad and he was sent on loan to Serie B side Cesena for the 2015/16 campaign.

During his time with the club from Emilia-Romagna, the Ivorian midfielder scored four goals in 37 league matches as the Sea Horses went on to finish equal fifth with Bari and qualify for the play-offs. He played the whole game against Spezia but he could not prevent them from losing 2-1 and being eliminated.

After his loan spell at Cesena, Kessié was brought back to Atalanta and new coach Gian Piero Gasperini immediately integrated him into the starting line-up. His impact was instantaneous, scoring twice on his Serie A debut. La Dea lost 4-3 at home to Lazio but the Ivorian youngster stood out nonetheless.

The Making of Gian Piero Gasperini: The Genoa Years

Kessié scored four goals in his first three league matches for the Orobici despite playing as a central midfielder in a 3-4-1-2 formation. Despite Atalanta losing four of its first five Serie A matches for the 2016/17 season, he was one of the bright spots.

La Dea earned a 3-1 victory against Crotone in Week 6 and the Ivorian was sent off after 62 minutes but Gasperini reinstated him after the midfielder served his one-game suspension. That win against the Squali started a nine-match unbeaten streak and Kessié formed a formidable midfield pairing with Roberto Gagliardini.

In Gasperini’s system, the two forwards, an advanced midfielder, and the wing-backs provided most of the attacking threat, while Kessié and Gagliardini were tasked with doing to hard running in the middle of the park and offer adequate cover. Whenever possible, they would make late runs into the box, especially the Ivorian. Gagliardini was acquired by Inter in January 2017 and Gasperini then partnered Swiss midfielder Remo Freuler with Kessié. The roles remained the same and the duo effectively did the so-called water-carrying.

Atalanta went on to finish fourth in Serie A and qualified for Europe for the first time in 26 years. Kessié finished the season with six goals in 30 league games. Those goals came in the first 16 games but his ability to cover ground remained an important part of his game and crucial to Gasperini’s philosophy. His emergence at Atalanta persuaded AC Milan to purchase him and he was signed for an €8 million loan for two years with an obligation to be bought outright for another €24 million.

Although he was a regular starter in his first two seasons with the Rossoneri, his form was not always consistent. His ability to win the ball back was not in question but technical aspects of his game brought on frustration for the fans. When he was at Atalanta, he displayed comfort on the ball whereas his touches were heavy while playing for Il Diavolo and his shooting was woeful.

Kessié has worked with four coaches at AC Milan – Vincenzo Montella, Gennaro Gattuso, Marco Giampaolo, and Stefano Pioli – and he has truly thrived under the latter. Giampaolo was employed in the early stages of the 2019/20 campaign but the squad struggled to fit into his 4-3-1-2 formation.

Under Pioli, Kessié has featured in a double pivot in midfield beside Algerian international Ismaël Bennacer. The Ivorian does the ball-winning in the middle of the park while Bennacer controls the play from deep positions and the duo have complimented each other nicely.

AC Milan finished sixth at the end of the 2019/20 Serie A campaign with 66 points and qualified for the Europa League. The season had come to a halt due to the outbreak of COVID-19, but the Rossoneri were a rejuvenated side on return, going unbeaten for the remaining 12 matches of the season.

Kessié played 35 league games and scored four goals, but three of them came in consecutive games during his club’s unbeaten run. He had rediscovered his propensity to make late runs into the box but his goalscoring would improve much more in the following season.

The Ivorian international would be tasked with taking the penalties at AC Milan, especially when Zlatan Ibrahimović was not available. For the 2020/21 Serie A season, Kessié would go on to play 37 times, find the back of the net 13 times, and also provide four assists. The most crucial goals of the lot were against his former club Atalanta, converting two penalties in AC Milan’s 2-0 win in the final round, sealing the Rossoneri’s qualification for the Champions League for the first time since 2013/14.

According to WhoScored, Kessié also had a successful passing rate of 88.9 percent, averaged 1.4 tackles per game, 1.2 interceptions, and 0.4 blocks. He has performed his defensive tasks in midfield, but he has kept it simple and effective in his ball distribution, and he still demonstrates that he can drive his team forward.

Kessié also represented the Ivory Coast at the Tokyo 2020 Olympics as one of the Small Elephants’ over-aged players and he featured in all of his country’s four matches before Spain eliminated the Ivorians in the quarter-finals. Spain won 5-2 after extra time.

The 24-year-old did find the back the net once at the tournament, scoring the winner in the Ivory Coast’s 2-1 victory against Saudi Arabia in their opening Group D encounter. It was his time at the Olympics that granted him rest for the opening 2021/22 Serie A season and he made his return in AC Milan’s 2-0 victory against Lazio in Week 3.

Off the field, there has been speculation regarding his future at the club. His contract expires in June 2022, and with the likes of Gianluigi Donnarumma and Hakan Çalhanoğlu leaving at the end of their contracts, the Rossoneri board would like to avoid a similar situation.

Media reports suggest that AC Milan is offering him €6.5 million but he reportedly wants €8 million per season. It remains to be seen if there is any truth in those figures but he has shown his importance to the club regardless of any financials being taken into consideration.

Kessié might have drawn the ire of Rossoneri fans in the past but the Ivorian has developed into one of the club’s unsung heroes. While a player like Ibrahimović might grab the headlines, the central midfielder frequently goes about his business without the need to seek attention.