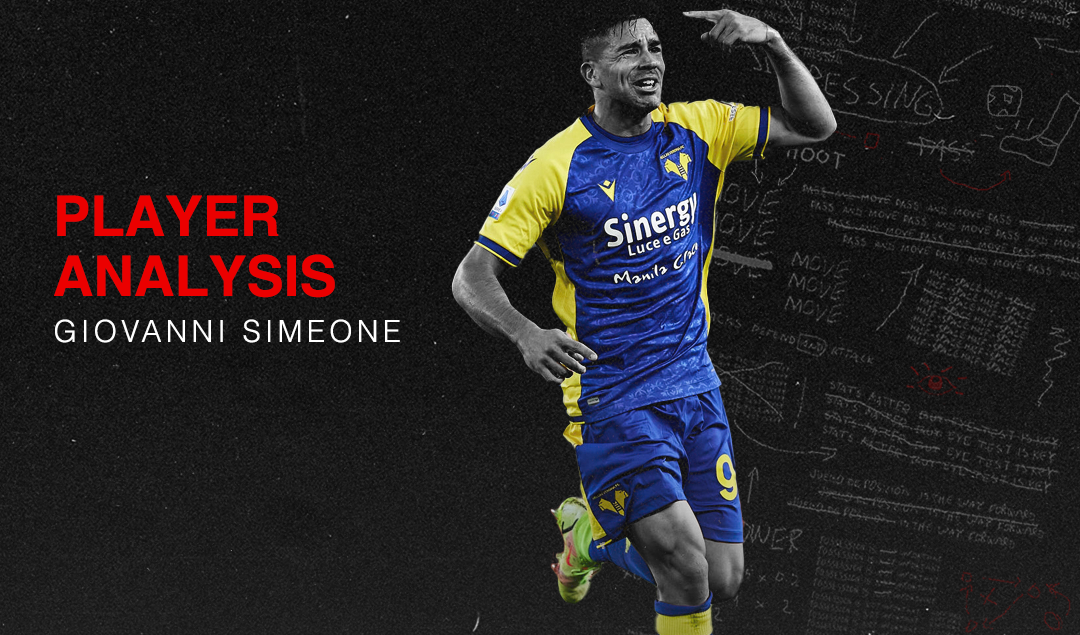 Living in the shadow of a famous relative is not easy for anyone following in that person’s footsteps. Diego Simeone had a lengthy career as a midfielder for a number of clubs and played over 100 times for his native Argentina.

His son Giovanni has had a mixed playing career so far. There have been seasons in which has put in some credible performances and others in which he has struggled. Even at his best form, it’s doubtful anybody would have predicted the incredible burst of form he has had with Italian club Hellas Verona so far.

The 26-year-old has played 10 Serie A matches so far for the Gialloblu, and after going scoreless in his first three matches, he has scored a remarkable nine goals in his last seven games. Hellas Verona started the season with Eusebio Di Francesco as coach while Simeone had only featured for six minutes in Cagliari’s 2-2 draw against Spezia in the opening round. The club from the Veneto region paid the Sardinian club €1.5 million to sign the Argentinian striker on loan.

It seemed like a surprising move considering that Simeone was coached by Di Francesco at Cagliari during the 2020/21 season and the tactician had dragged the Isolani into the relegation zone before he was replaced by Leonardo Semplici. Although the Cagliari eventually survived relegation, Simeone’s season was one to forget with just six goals in 33 games.

The Argentine only got to play once under Di Francesco at Hellas Verona though as the coach was sacked after three defeats and he was replaced by former Udinese tactician and Juventus assistant coach Igor Tudor.

Tudor reverted to the philosophy that his fellow Croatian Ivan Jurić had implemented with the Gialloblu before Di Francesco arrived. Not only were those players who remained at the club familiar with the 3-4-2-1 formation, but the new signings were also able to fit in seamlessly.

The high pressing and high tempo approach of Verona under Tudor has been incredibly beneficial for Simeone. A player who is known for his work ethic than his natural ability, the concept of closing down players is something that he can embrace, and with the whole team pressing high, that allows him to get into scoring positions as opposed to playing on the counter-attack and running long distances.

He has also been dispossessed 1.3 times and fouled 1.5 times on average. The goals are the most obvious difference from last season as Simeone has already scored three more in this Serie A season than in 2020/21 but there have been other differences statistically.

Simeone provided two assists for Cagliari last season, which he has already matched with Verona, and his passing success rate was also at 75.4 percent. He averaged 1.3 shots per game, 0.9 aerial duels won, 0.4 key passes, 10.2 passes, 0.5 dribbles, and 0.5 offsides with the Isolani. He was also dispossessed 0.7 times and fouled 0.8 times on average.

The improvement on the passing statistics indicates that he is more involved in the construction of play that he was accustomed to at Cagliari and increasing shots would suggest that he is more confident in his shooting and that he is also getting better service.

Simeone is not known to be or defined as an aerial threat as such but his ability to win aerial duels has improved significantly. Hellas Verona was known for producing quality crosses under Jurić too, and the wing-backs Marco Davide Faraoni and Darko Lazović remain important under Tudor, meaning that Simeone can receive great service from the wings.

He has been caught offside less at Verona, indicating that he is timing his runs better, and he has been fouled more, perhaps because he is getting into better scoring positions and he has become a greater scoring threat.

The great outlier though is his dribbles per game. When he was at Banfield in 2016, Simeone averaged 1.6 dribbles in the Argentinian league and he has never been anywhere close to that in Serie A. His highest average in Italy was in the 2019/20 season with Cagliari, when he averaged 0.9 dribbles per league game. Last season, it was 0.5 per match while at Hellas Verona, it is just 0.3.

Tudor doesn’t necessarily discourage dribbling but it seems that he wants the Argentine to be finishing off attacking moves without hanging onto the ball for too long. In Tudor’s 3-4-2-1, Simeone has Antonín Barák and Gianluca Caprari behind him, and they are both competent dribblers. With those two drawing defenders away, it also gives the Argentinian striker more space to get into scoring positions.

Simeone scored his first goal for Verona in a 3-3 draw against former club against Genoa in Week 6 and he scored again in the next round in the 4-0 thrashing of Spezia. He did not score in the 3-2 defeat to AC Milan but nobody would have expected him to have produced what he did against Lazio in Week 8.

It seemed like it was going to be a clash between two teams that wanted to attack, but it turned out to be one-sided, and Simeone had the game of his life. He scored all four goals in the Gialloblu’s 4-1 thrashing of the Biancocelesti and his second goal – a powerful right-foot shot from outside of the penalty area – was a highlight.

It was only the second time that a Verona player had scored at least four goals in a Serie A match. Brazilian Emanuele Del Vecchio scored five times in the Gialloblu’s 5-3 victory against Sampdoria in February 1958.

Simeone made a brief cameo in the 1-1 draw against Udinese but he was reinstated for the clash against Juventus. The Gialloblu earned a shock 2-1 victory, the Argentine scored the first two goals of the game in the first half, and he might have had a hat-trick before half-time if it wasn’t for an offside call.

He followed that up with Verona’s goal in a 1-1 draw away to Serie A leaders Napoli, illustrating his ability to score against big opponents this season.

Hellas Verona is equal 10th on the Serie A table with 16 points after 12 rounds, but it has only lost once under Tudor, it is just three points away from a Europa League spots, and it has the third-best attack in the Italian league with 25 goals.

Simeone has been a major part of the Gialloblu’s rise up the table under Tudor with his goals and he will likely remain an important figure if they do challenge for a spot in Europe. Reaching the heights of his father would be a mammoth task but Giovanni Simeone is so far showing this season that he can be a talented player in his own right.