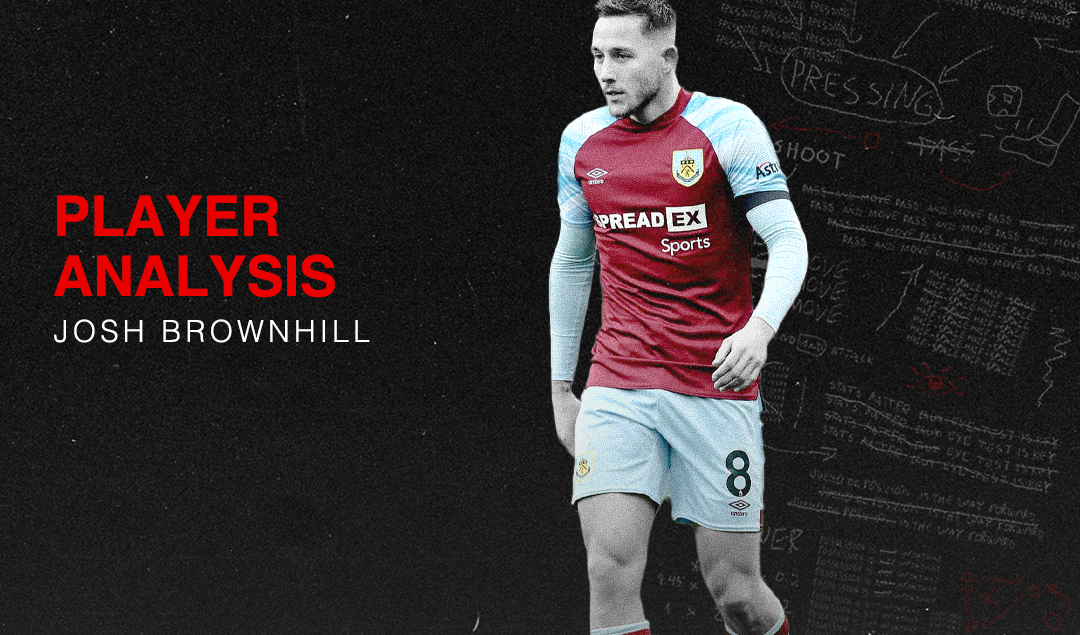 At 26 years old, Josh Brownhill has emerged as an increasingly important player for Sean Dyche’s Burnley, who are looking to escape from a looming relegation fight amid competition from the likes of Newcastle, Watford and Everton.

Born in Warrington, Cheshire, Brownhill enjoyed spells at Warrington Town and Manchester United’s academies before joining the Preston North End youth team in 2012, making his debut on October 8, 2013, and scoring the winning goal in his first League One start against Gillingham that same month.

Two years and two months later, Brownhill ended his time at Preston by joining League One club Barnsley on a loan deal, which upon completion saw Brownhill depart the club on a free transfer and join Bristol City on a two-year contract.

Brownhill would go on to leave Bristol in January 2020 and join Burnley on a contract through 2024, his first Premier League club at 24 years of age. He made his debut on February 22, coming on as a stoppage time substitute for Jack Cork in a 3-0 win against Bournemouth.

However, after being left on the bench for the next two matches against Newcastle and Spurs, Brownhill would be forced to wait four months for his second Premier League appearance, playing the full 90 minutes in a 5-0 defeat to Manchester City.

Despite the embarrassing result to Pep Guardiola’s side, Brownhill would emerge as one of the breakthrough stars of Project Restart alongside the likes of Michail Antonio and Christian Pulisic. He became an undroppable starter in midfield across the next month as Burnley finished 10th in the table.

A month after the completion of the 2019/20 season, Burnley suffered a major departure with Jeff Hendrick who, after being linked with Serie A clubs Milan and Roma, joined Newcastle on a four-year contract.

Whilst Hendrick has gone on to struggle for minutes under the new regime of Eddie Howe and eventually join Championship side QPR on loan until the end of the season, Brownhill has cemented himself as an increasingly fundamental component of Dyche’s Clarets.

Brownhill has operated as a wide midfielder in a 4-4-2 often under Dyche and has showcased an impressive desire to press, track back, as well as an adept timing for interceptions and tackles, averaging 1.92 interceptions per 90 over the past year.

Whilst he missed two weeks of action at the start of February due to an ankle problem, Brownhill played the full 90 in just about every match of the 2020/21 campaign as the Clarets placed 17th, albeit 11 points clear of relegated Fulham.

Partnering Ashley Westwood in the double pivot, Brownhill is a very important player both going forward and defending, capable of allowing the more creative players such as Maxwel Cornet, Aaron Lennon and Dwight McNeil to thrive.

Since returning to the top-flight in 2016, Burnley have consistently managed to punch above their weight under Dyche despite having a considerably lower budget and wage bill than their rivals.

They’ve been forced to cope with a number of key departures such as Michael Keane, Andre Gray, and Chris Wood, who followed Hendrick to St. James’ Park after the Magpies triggered his £25 million release clause.

The Clarets are mired at the bottom of the Premier League table with 14 points — 7 points away from safety — and whilst they have played fewer games than any other team in the league, they have won just one match all season — a 3-1 victory against Brentford on October 30.

If they are to secure safety for yet another season, they’ll need Brownhill to be at his best in the heart of midfield.