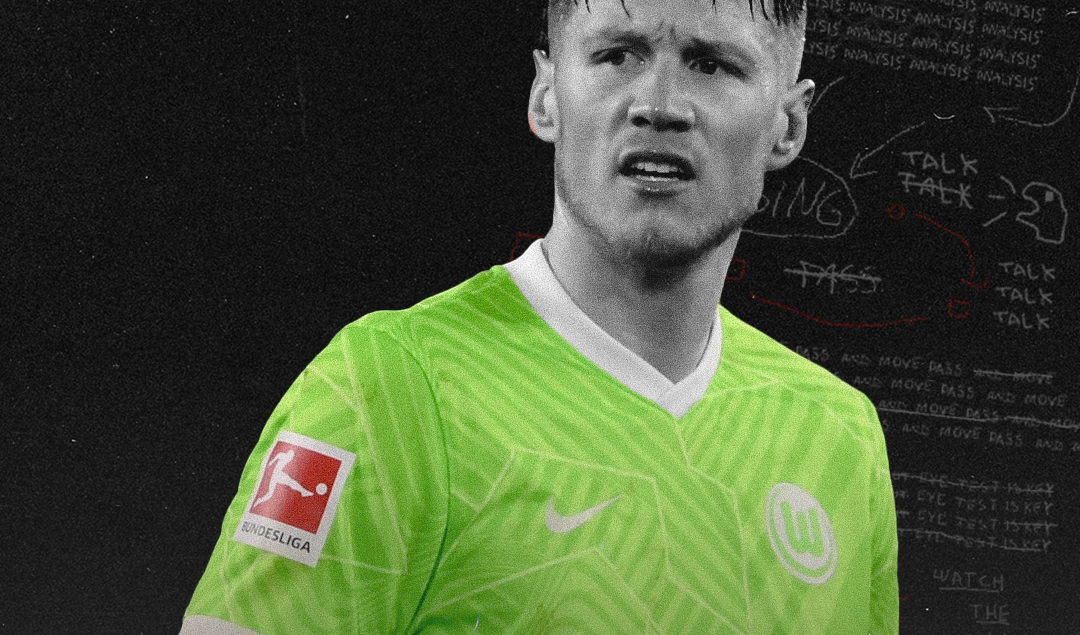 The forced sale of Chris Wood to the almost omnipotent Newcastle United seemed to be the beginning of the end for life in the Premier League for Burnley. The New Zealand international has scored the most Premier League goals under Sean Dyche, netting 49 times.

Wood was pivotal in the Clarets’ survival last season having bagged 12 goals so a lot of hope on their survival this campaign laid on his shoulders. Losing him to a direct relegation rival looked crippling when his release clause was triggered last month. He appeared to be their last hope, but no – there is another.

Following the success of the signing of Maxwel Cornet, Burnley have opted to utlise the pulling power of the Premier League to explore the European market once again.

Dyche wanted another target man to replace Wood, and who better than the 6-foot-6 Wolfsburg striker, Wout Weghorst. The prolific Dutchman is in his prime right now, and at just £12 million it looks to be a real coup for Burnley and their bid to avoid relegation to the Championship.

After netting 45 goals in just 86 appearances for Eredivisie side AZ Alkmaar, Weghorst was snapped up by Wolfsburg, where he has made a staggering 92 goal contributions in 144 games, contributing to 0.64 goals per game.

His record is no fluke either, with the Dutchman boasting solid underlying numbers too. Despite having a lower goalscoring rate this campaign than previous years, his xG suggests he is underperforming (0.51 xG vs 0.35 goals per 90) and has maybe been fairly unlucky.

At Wolfsburg, Weghorst has been playing as the focal point of a front three so he’ll have to adjust to playing in a two again, although this shouldn’t be an issue considering he recently partnered Memphis Depay for the Netherlands at Euro 2020.

Depay had plenty of joy playing off of Weghorst, using the latter’s movement and attacking intelligence to create opportunities for himself. Weghorst’s off-the-ball abilities are his most underrated attributes.

He is fantastic at using his off-ball gravity to cause havoc on the opposition backline, frequently positioning himself in between the centrebacks. Dyche will love his tendency to stay on the last line and occupy the bodies and minds of central defenders. Frankly, he is a nuisance to play against.

Contrary to popular belief, Dyche likes his team to press high off the ball, so he’ll be delighted with Weghorst’s pressing capabilities. His numbers for pressures rank amongst the best in Europe for strikers, completing 21.8 pressures per 90 (98th percentile) with a success rate of 29.5% (85th percentile).

Of course, Weghorst also brings a huge (literally) aerial advantage for his team. Burnley often go long from goal kicks and Weghorst can match Wood’s usefulness in these situations.

Furthermore, and perhaps most importantly in Burnley’s case, Weghorst has scored goals in the Bundesliga, the Europa League as well as at EURO 2020, meaning he brings a generally higher-level goal threat than Wood.

Overall, Burnley will be hoping they’ve struck gold with this deal – and they may well have. It’s hard to argue how Burnley could’ve gone about replacing their former talisman any better than this.

For less than half the price of Wood, they’re getting one of the most prolific strikers in Europe and one who’s played at European competitions for both club and country.

Capped 12 times for his national team, Weghorst will look to bring his goalscoring ability to England, with the aim of keeping the Clarets in the Premier League. If his performances are half as good as his brilliant announcement video, Burnley may be just fine, but it won’t be simple.