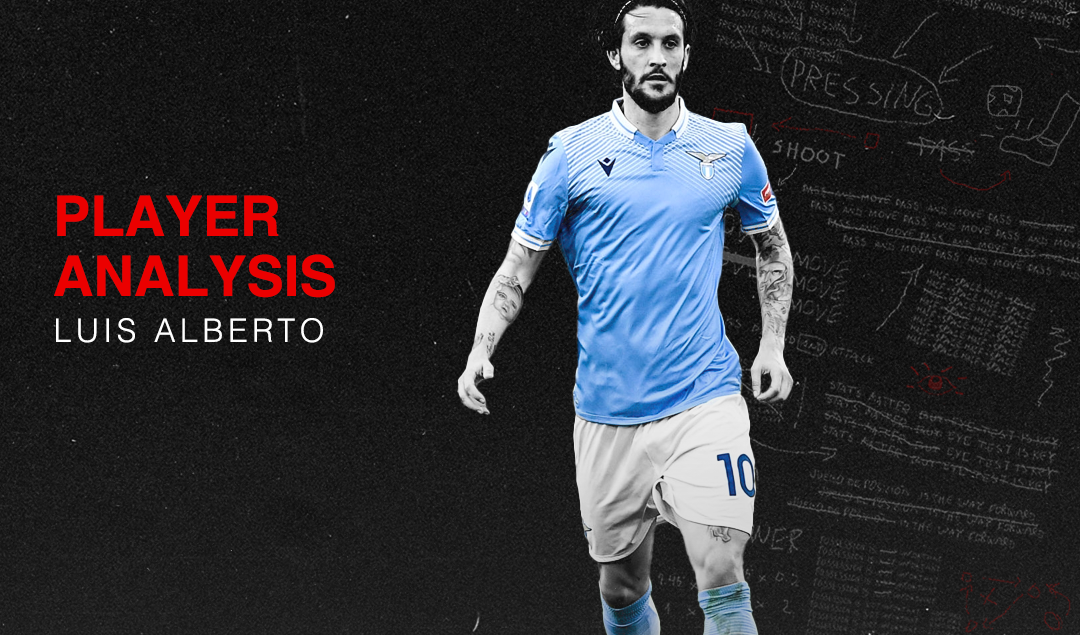 Like a majority of players that have joined Lazio during the presidency of Claudio Lotito, Luis Alberto arrived at the Biancocelesti with little fanfare. Acquired from English giants Liverpool for €4 million in the summer of 2016, the Spaniard has developed into one of the Aquile’s best players and arguably one of the best midfielders in Serie A since then.

Luis Alberto’s first season with the Aquile was in 2016/17 but he only featured nine times in the Italian league during that campaign. His saving grace though was in a 3-2 defeat away to Fiorentina in Week 36, when he assisted in both goals for the Biancocelesti. Lazio coach Simone Inzaghi decided to make the Spaniard a regular starter in the 2017/18 season and the tactician’s faith in the former Liverpool player was rewarded in spades.

Operating either as a support striker or an attacking midfielder, Luis Alberto scored 11 goals and provided a league-high 14 assists in 34 Serie A matches while he found the back the net once and assisted five times in nine Europa League appearances. The Aquile finished fifth in the Italian league for that campaign while they were eliminated 6-5 on aggregate by Austrian side RB Salzburg in the quarter-finals of the Europa League despite winning the first leg 4-2.

It proved to be a hard task for Luis Alberto and his Lazio teammates to replicate their form in the following campaign.  For instance, Ciro Immobile had finished the 2017/18 Serie A season as joint-Capocannoniere with Mauro Icardi from Inter with 29 goals but the Italian striker only scored 15 in 2018/19. Meanwhile, the Spanish fantasista scored four goals and provided five assists in 27 league games.

How Ciro Immobile Became One of Europe’s Most Deadly Strikers

On a far more positive note, Lazio was able to win the Coppa Italia Final 2-0 against Atalanta in which Luis Alberto featured for 78 minutes. He played when the Biancocelesti won the 2017 Supercoppa Italiana against Juventus but this was his first major trophy with the Rome-based club. Juventus was Lazio’s opponent again in the 2019 edition of the Supercoppa Italiana, and the Spaniard was one of the heroes on the night, scoring the opening goal in the 3-1 victory for the Aquile.

For the 2019/20 season, Luis Alberto started to play deeper than in previous campaigns, operating as a mezzala sinistra or left central midfielder and he recaptured his best form. In 36 Serie A matches, he scored six times and assisted 15 times, while only Alejandro ‘Papu’ Gómez from Atalanta provided more assists with 16.

Arguably his most impressive performance was in the 3-1 victory at home to Juventus in Week 15. Supplying assists for two of the three goals, his long pass to Sergej Milinković-Savić for the second goal was a great piece of vision and technique while the Serbian midfielder also showed great class by controlling the ball down with such delicacy.

Lazio was an unlikely contender for the Serie A title but the COVID-19 outbreak worldwide in 2020 had halted the momentum of Simone Inzaghi’s team and prevented them from winning their third Scudetto. The Aquile did drop in form after the Italian league had resumed but they were still able to finish equal third with Atalanta on 78 points and secured a place in the 2020/21 UEFA Champions League.

Luis Alberto has managed to produce some impressive performances during the 2020/21 campaign but the season did start with some hiccups. He had been diagnosed with COVID-19 in October and then in November, he vented his frustration on social media about the acquisition of a plane by the club. The Aquile forced the players to take a pay-cut due to COVID-19 so the purchase of a Boeing 737 by club president Claudio Lotito did not sit well with the Spaniard.

“It’s all nice, but when will we deal with the people that are inside? What a look,” the 28-year-old posted on his Instagram story. “I saw the plane, but we have to pay for it,” he then said on Twitch. “They buy things but they don’t pay us.”

There was the possibility of the Spaniard being frozen out of the squad but the Spaniard apologized quickly for his remarks online.

“I am the first to admit I did something very stupid, as I’ve given everything for Lazio and I received messages urging me to be more Laziale,” he said in an Instagram video. “I have been here for four years, the fans have supported this club since they were children, so I can never match that. I apologise to those who felt offended, as that was not my intention, to talk about money. As a team, we gave up on a month’s salary because we knew the difficulties and wanted to help our staff.”

Despite those setbacks, he has managed to regain his best form for the club. Although he surprisingly has not provided any assists in Serie A this season – he has supplied two in the Champions League – he has demonstrated a great ability to score goals from midfield. Luis Alberto has scored eight goals in 23 Serie A matches so far this season, and he truly shone when Lazio faced its city rival Roma, earning a 3-0 victory in the Derby della Capitale.

Some of the hallmarks of his game in 2020/21 is that he is able to time his runs late into the penalty area and he can also score those goals from just outside of the box. Against the Giallorossi, he scored the second goal of the game after a counter-attack in which there three teammates ahead of him. One of them was Manuel Lazzari, who had fell in the penalty area but regained his feet. The Italian wing-back managed to lay off the ball to the Spaniard, who had continued his run, was unmarked in the box and side-footed the ball into the net.

Lazio’s third goal also came from a counter-attack. Lazzari had passed the ball to substitute Jean-Daniel Akpa Akpro, who cut the ball back. Immobile let the ball run for Luis Alberto, who controlled the ball from outside of the box and ran into the D before curling the ball past Pau Lopez in the Roma goal.

The Spaniard extended his contract in September until June 2025, which means that he will be in his early 30s when his contract expires. Despite the controversy he courted in November, he is still a player that has made a significant contribution with Lazio and he will likely continue to do so while he wears the Biancoceleste jersey.